How can I get a better precision - post process in rtk lib? 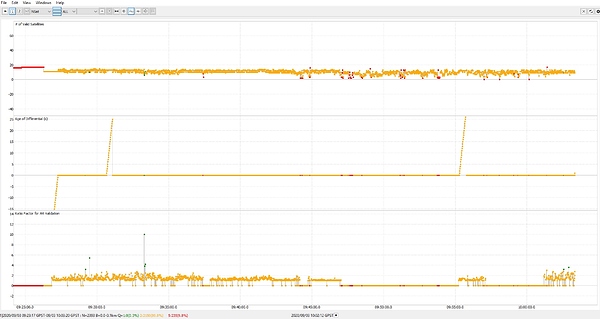 Can you upload them (for Base and Rover) or send them to me by PM?

As Zinedine pointed out, it’s be great to take a look at the raw data logs from both base and rover. The issues with post-processing usually are caused by the low quality of the observational data or inappropriate post-processing settings.

Looking at the ubx files, you have a challenge with quite a lot of cycle slips, and the SNR isn’t high enough for a fix to be obtained. Loading the resulting coordinates, seems to either forrest area or grassy fields? Can you show us some pictures of your environment?

I agree with Christian you work in a difficult envoronment there are a lot of cycle slips and 2 big cuts from base in the begining and the end (causes loss of initialization and loss of lock), also Beidou reception for Rover is not enabled, I think it will help a lot in this case.
My best settings under RTKLIB allowed me to have 43.0 % fixed solutions only. 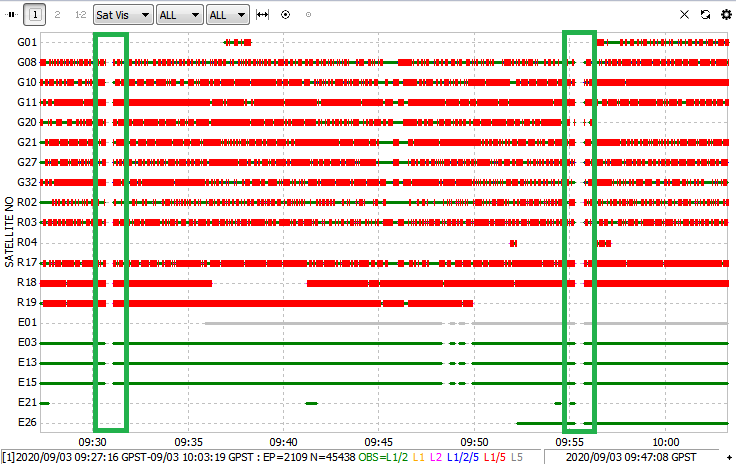 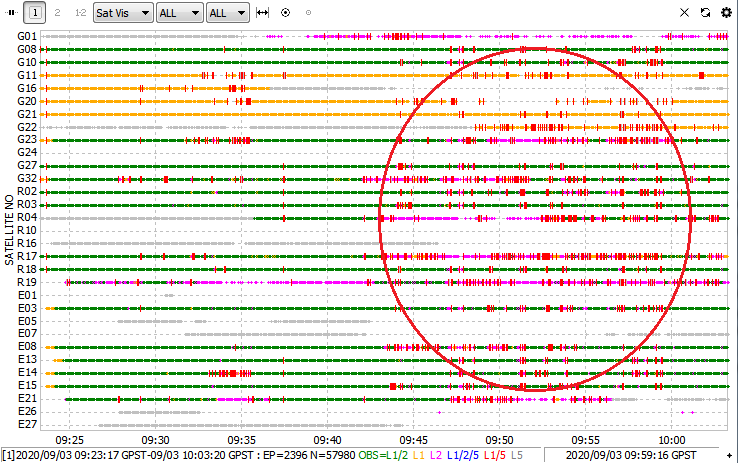 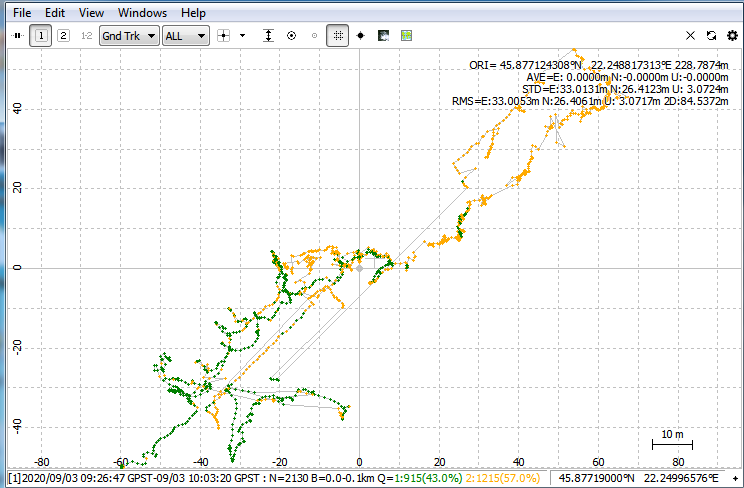 There was a forrest area. Unfortunatly i have no pictures.

I just wanted to leave a couple of additional comments regarding the data.

The base corrections data quality is rather poor. As Zinedine has mentioned, there are a lot of cycle slips in the GPS satellite signals. Cycle slip appears when the signal was disrupted and Reach lost track of the satellite. It might indicate that the base was under some electrical lines that influenced the frequency of the GPS satellites only. 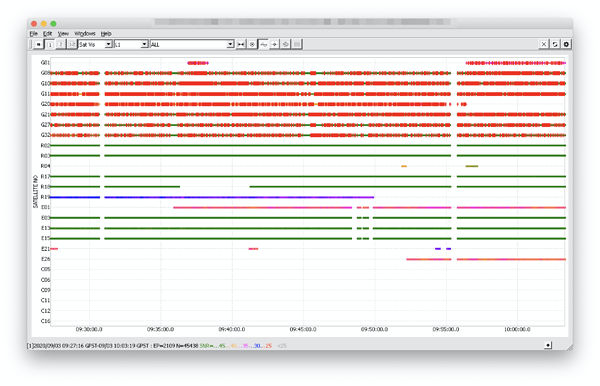 Also, there are two signal interruptions where the receiver didn’t detect any corrections. It might indicate that something blocked an RTK link between the receivers. So that the rover wasn’t able to receive any signal from the base.

Even though the GPS data suffers from an extreme amount of cycle slips, the RTK results are rather fine. 4 GLONASS and 3 Galileo satellites with high SNR were enough for the receiver to obtain Fix. However, for PPK, it was shown that this data quality is not sufficient for Fix calculations. RTKLib and Reach RS2 use different methods to calculate the solution. It might be the reason why you weren’t able to achieve good PPK results. 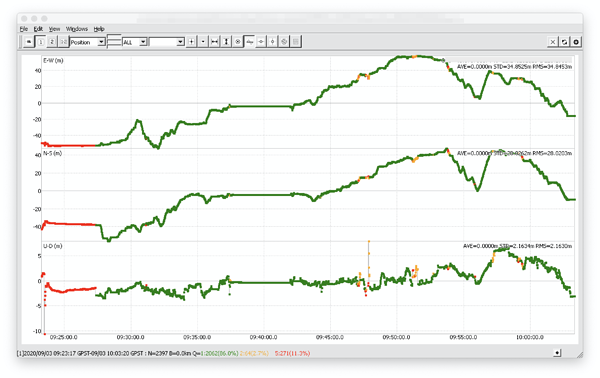 Regarding PPK, the observations from the rover have generally low SNR. There are a few signals with SNR above 40. Some cycles slips are presented too. You can see it on the screenshot. 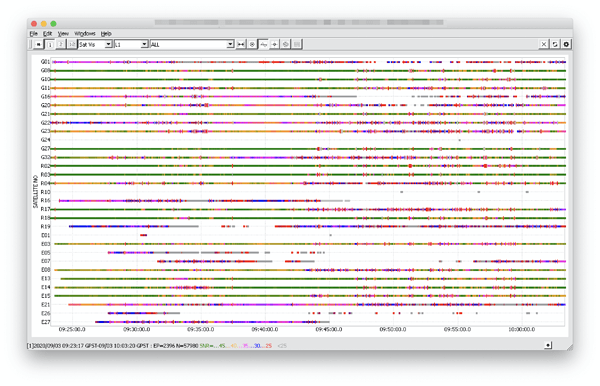 Even though RS2 is capable of working in somewhat challenging conditions like in the sparse canopy, it’s important to remember that the receiver still requires a sky view. Surveying with Reach in the dense forest might cause significant issues with the observational data. You can check the requirement for RS2 placement in our guide.

Thanks for the observations!