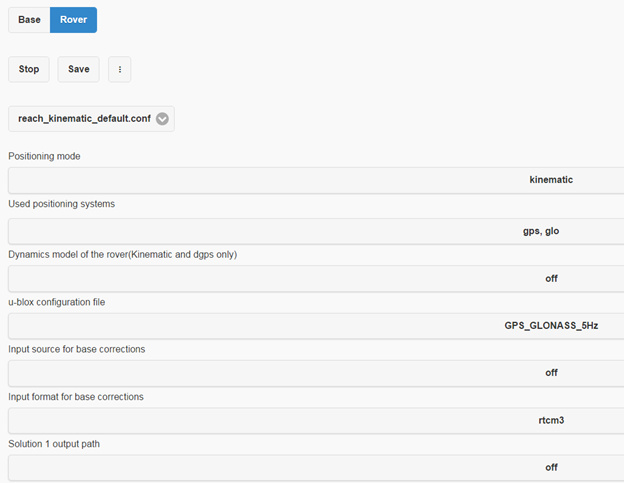 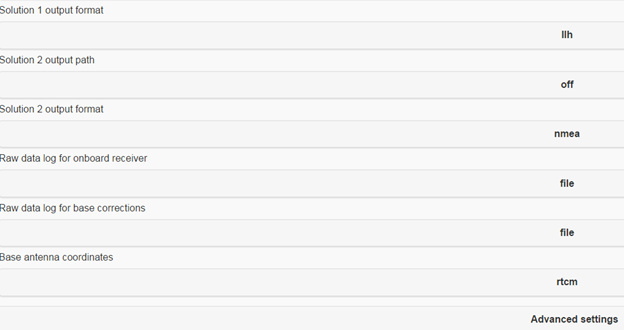 Base and rover are stationary for a period. Then rover is flown. Then base is moves to different locations for GCP readings.
During processing, we first process the base in kinematic mode to determine when the base was moved. 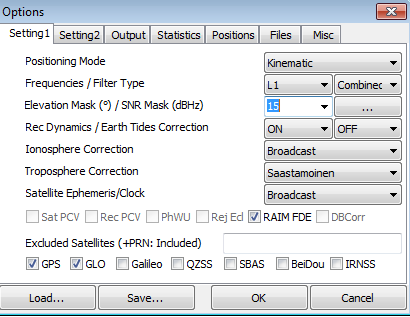 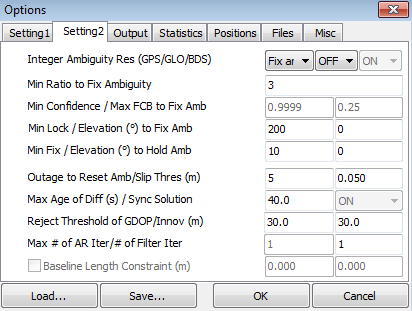 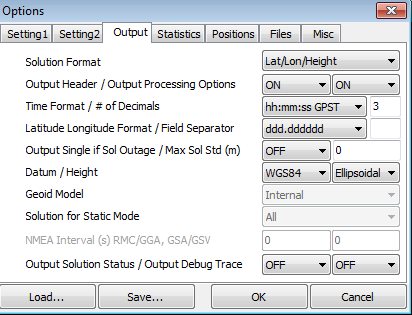 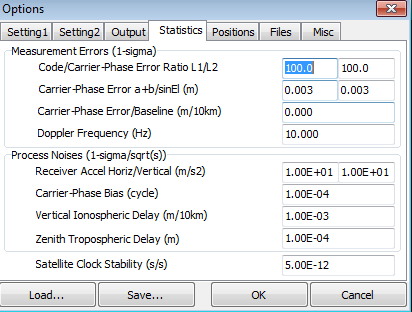 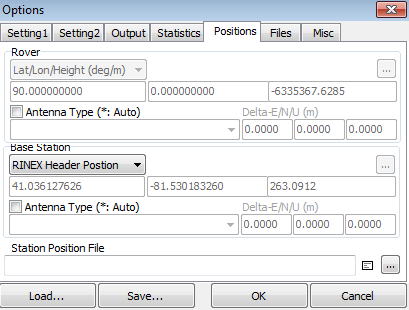 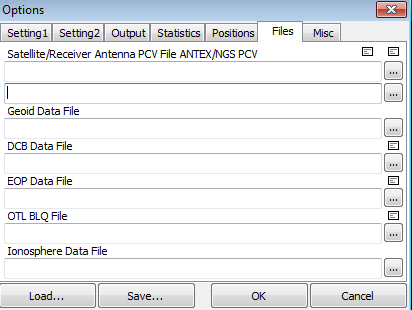 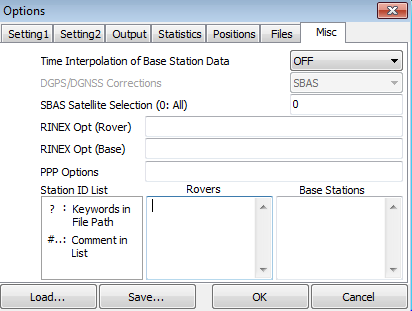 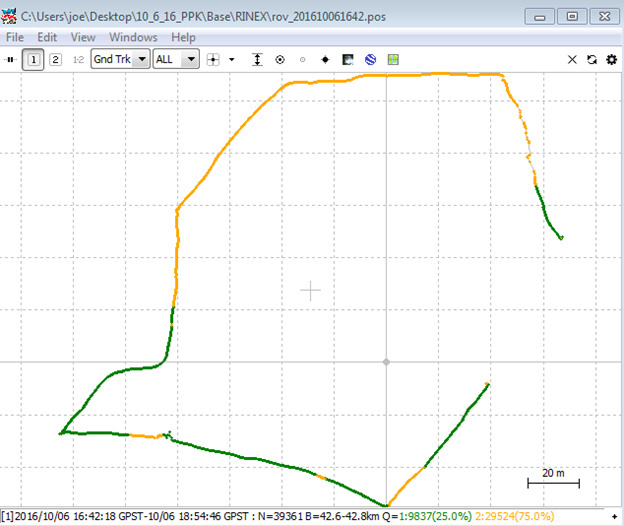 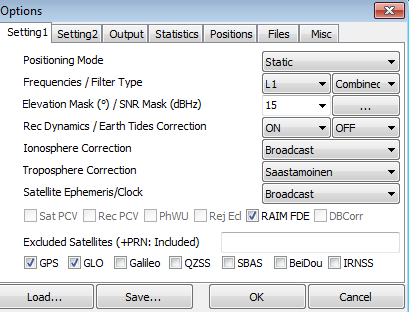 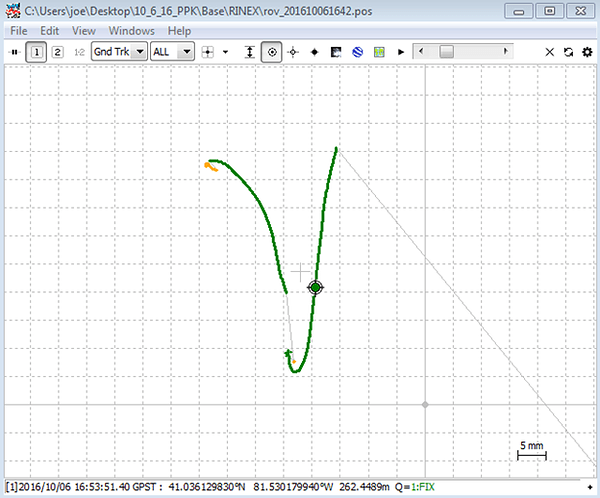 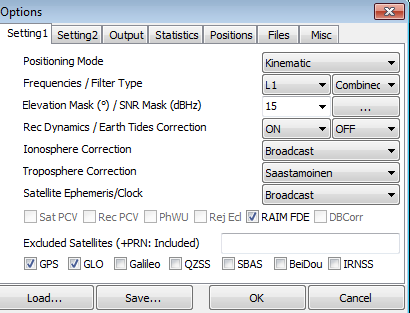 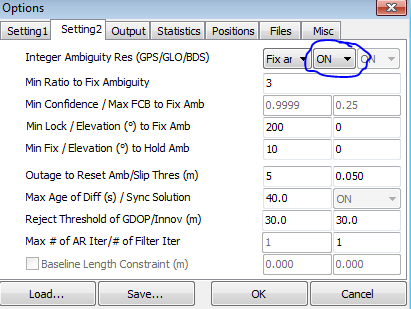 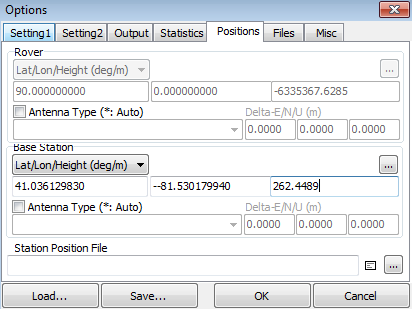 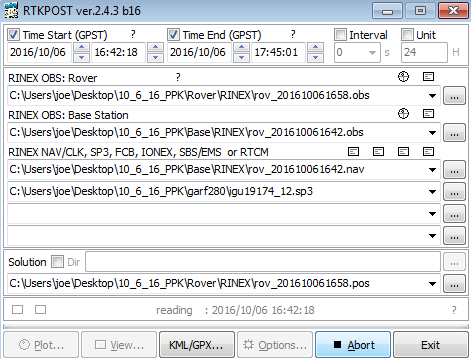 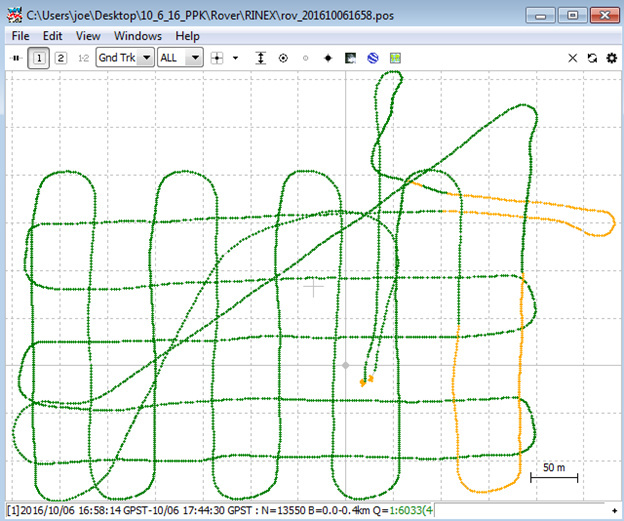 blob.jpg624×521 164 KB
Use these GPS points to tag images.
When processing, Agisoft claims a 0.48 m total tag error.
When we look at the mosaic and insert a point equal to what we gave the base coordinate, we are about one meter away from where are base is on the ortho.
Sylvain_POULAIN (Sylvain Poulain) October 11, 2016, 8:17am #2

Do you have camera feedback from flash hotshoe embeded in your process ?

The feedback is tied through the speaker wire to an ADC. Ground tests showed it to be an average error of something like |30| ms.

30ms is big ! So you don’t sync with pwm embeded in reach which should be better for geotag.
Which camera do you have ?

I have the QX1. From what I researched, it seems that if you are using the hot shoe, the shutter speed must be very slow. Having a slow shutter speed with our fixed-wing is not really an option. The images just come out blurry.

There is flash HSS in photography which does not mean High speed sync. I use it on my 6d and can shoot at 1/4000 with flash for personnal shots. Of course, I don’t use my 6d on my drone because it’s too heavy.
With Sony hybrid camera, if you put your camera in manual, you could use fast shutter speed and still get hot shoe signal (Watch here : https://www.youtube.com/watch?v=Xr0UkleWfYA ) which is important for geotaging. But as far as I know, your QX1 doesn’t have manual mode and no hotshoe option

The workflow seems to be fine, at least from the look of it.

There was a discussion on hacking QX1 here, but it seems that using the hot shoe adapter is not possible.

It’s really cool you’ve implemented the speaker feedback, though it does seem to be too slow.