Power module with a 6s battery

How are you guys using the power module with a 6s batter?

The shop says that the power module Supports LiPo batteries up to 4S so what about 6s?

The standard power modules are not sufficient for 6s, you can source a pm that can handle 6s from eBay or aliexpress for $10ish. I use Cirus components they seem to be of higher quality than a lot of the generic Chinese stuff.

Do you have a guide or know of one that shows how to use one of those?

Nevermind, a simple search brought up exactly what you are talking about.

Has anyone used the Cirus PM’s with 7S?
I have a client that uses some 7S packs but all the specs stop at 28v.
Do you think the PM’s will tolerate the extra voltage?
After all it is only 29.4 fully charged which would not be for long.

If I was to hook my battery up to this, how would I give the navio power? and how would I power the rail board?

So I tried to use the power distro board I linked from hobby king. At first I thought it was going to be great. But then I plugged it in.

One of the chips on it went up in fire and smoke. We’ll see if they’ll honor the RMA I submitted… 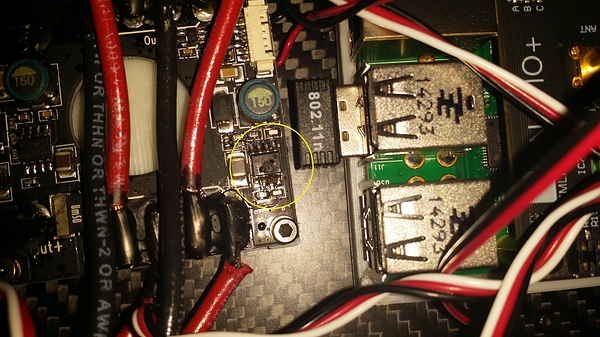 Wonder how they are going to handle that.