Hello,
I am confused by the results of a recent PPK workflow, and I’m hoping for some insight. I’m using Emlid Studio 1.4.

Here’s the situation:
In September 2022 I collected 13 points (using RS2 rover, M2 base) at my site. However, since there were some obstructions and tree cover, several of the points did not get a Fix and/or had too much error. So, I tried to re-collect the data in December- I ended up with 34 points this time, but they were all collected in the same locations as the original 13 points.

I followed the exact same workflow when I re-did the collection, except for 1) I put the base station in a more open location and 2) I stayed at each point for 2 minutes as opposed to 30 seconds. Everything else was the same.

I expected the changes to yield better results, but the results are MUCH worse: for September, after messing around with the settings in Emlid Studio, I was able to get about half of the points as Fix and the other half as Float. But for December, even after adjusting the settings, I can only get ONE Float, and for the other 33 points I have nothing.

I am even more confused because after studying the raw data quality, satellite positions, etc. in Emlid Studio, it appears to me that the conditions were fairly similar during both collections- 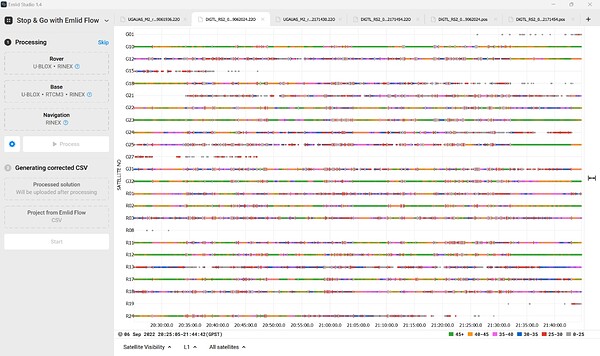 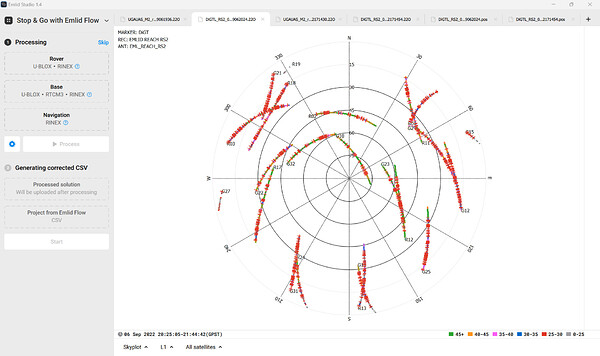 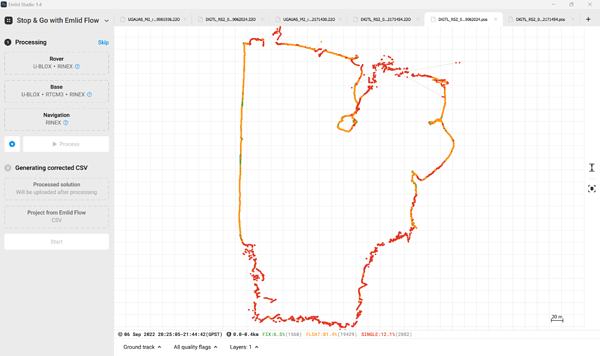 And compare to December: 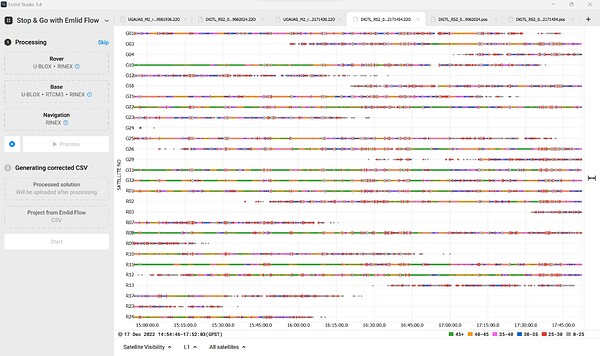 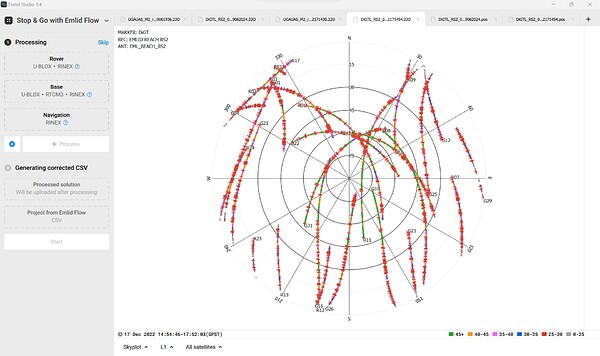 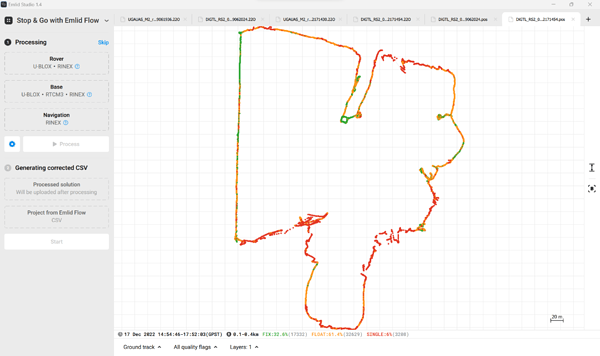 I realize that it will always be difficult to get Fixes for many of these points due to the obstructions around them, but how can the December results be THAT bad?

Could ionosphere or weather conditions be the problem? Or is there a glaring mistake in my workflow that I have yet to realize? I’m very stumped at the moment.

Any ideas or solutions would be greatly appreciated!

Thank you for the logs! According to your screenshots, the December results are even better than the September ones. I’ve post-processed your logs using the following settings for both logs: 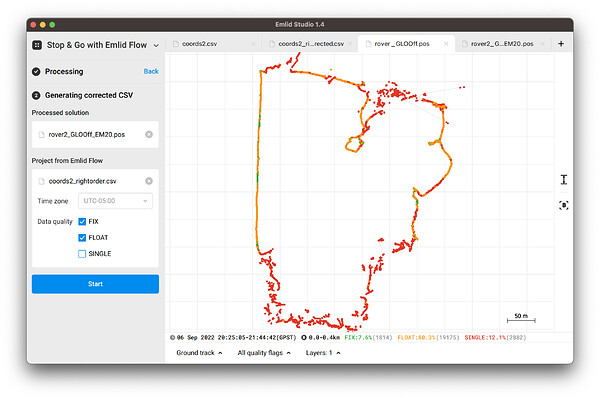 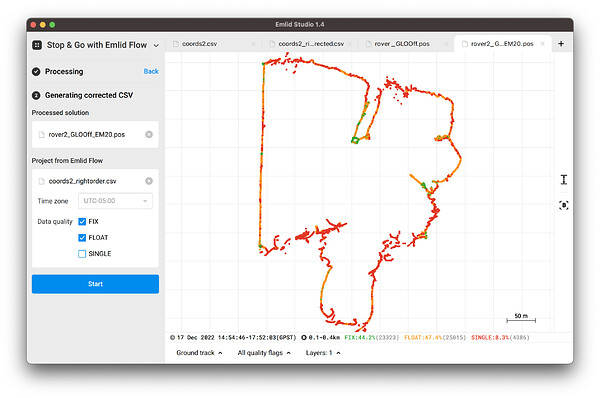 What’s regarding your main concern, the single point was processed due to the fact the points in the CSV file from December are in descending order. The first collected point is below the list. Once you change the points’ order to ascending one, all December points are processed without any issues: 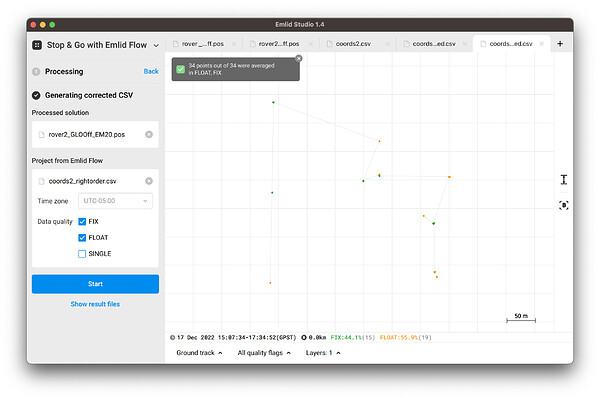 Just in case, I’ve attached the pos file, corrected CSV file with right order, and the resulting CSV processed in Studio. They are archived below.
corrected December dataset.zip (1.1 MB)

This descending order is already fixed in Emlid Flow, so please update the app to avoid such issues in the future.

Thank you! I was able to get similarly good results once I flipped the order of rows in the CSV file. I’m not sure I ever would have figured out on my own that that was causing the problem!

My app seems to be up-to-date right now, so hopefully the issue won’t happen in the future.

Nice to hear that it works for you!

I hope that everything will work smoothly, but don’t hesitate to create a new topic if you face anything in the future.