I have just received my navio2 installed it on my Raspberry Pi3. I installed the Emlid image and rebooted the Pi. I am not able to ping or connect to my home LAN.

I had used the Raspian image before while testing the Pi and it connected to the LAN with no problems. The Pi3 has wifi on board. Does the Emlid image support that?. Any help would be appreciated.

Can you please list the steps that you have performed to connect to your LAN? With as many details as possible.

I have the raspberry pi3 and attached the Navio2 to it. The Raspberry pi3 has on-board wireless (no dongle needed)

Before I attached the Navio2 I was able to test the Raspberry with the Raspian image and it connected fine to my wifi which is IPv4.

Then I re-imaged the card with the Emlid image and installed and booted my Raspberry. It boots fine but I see errors when it tries to do a sudo apt-update command and I do not see it on my network.

Last night I attached an ethernet cable to the Raspberry and my router and it was able to get online and do the updates, but if I remove the ethernet cable it still will connect to the wifi.

It is very similar situation to this, but I am not sure how it was resolved. I don't use APM at all, just custom code. I have a python UDP script working over ethernet (and I'm assuming it will work over WIFI once that is up and running) but kind of useless at the moment since I can't fly with an ethernet cable attached. ...

It is similar to the thread that that response was in not that post per se.

I was also able to complete this configuration and reboot and it is in the code now.

Wi-Fi networks can be configured by editing the /boot/wpa_supplicant.conf file located on SD card. To add your network simply add the following lines to it:

Here is my ifconfig resposne i dont see IP4 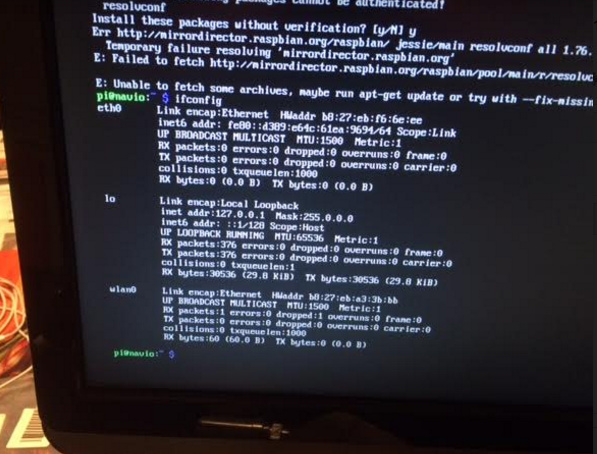 Please, share with us the output of sudo cat /boot/wpa_supplicant.conf

I will do that tonight I am in the US.

Here is another screenshot 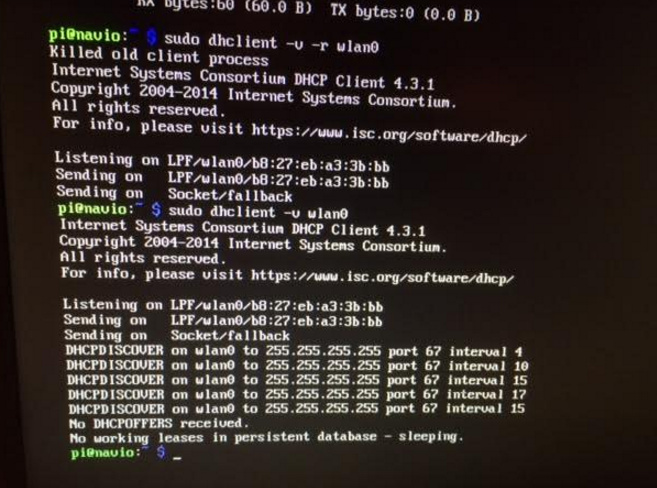 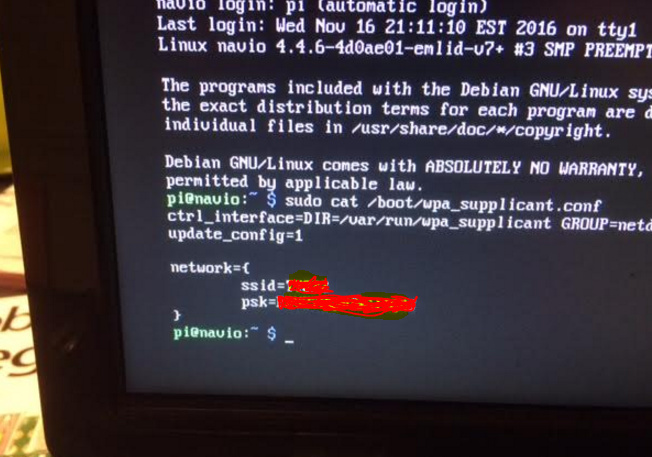 Please, beware that psk as well as ssid should be in in double quotes! I believe this is the reason why it failed.

I usually use wpa_passphrase ssid password >> /boot/wpa_supplicant.conf to populate the config.

I guess, this is a bit confusing and should be cleared up in the docs.

OK so yor advice about including the “quotes” was important, but it did not solve the problem. So I imaged a Raspian image and compared the files. The code at the bottom key_mgmt=WPA-PSK needed to be added. I think I am good now, but the documentation needs to be updated for those of us who are not coders.

Yep, thanks for the note! Sorry for the misleading docs. We’re working on them constantly.