Orientation of Navio 2 when mounting

can I mount the Navio 2

180 degree rotated (opposite direction of flight) onto the UAV?

I need the USB plugs on the other side.

Maybe I would need to enter the orientation opposite to direction into Mission Planner?

@romulus hi! Yes, you can mount it with another orientation. After that you should set the orientation here: 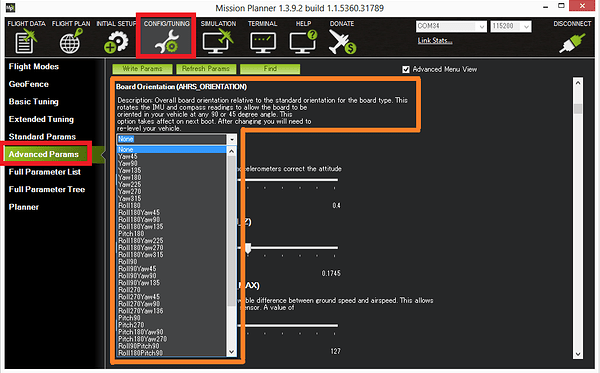 I’m in the same boat too, does the new Emlid firmware also include the offset for the second mag? So if we need to rotate the Navio2 we don’t need to take that into consideration?

Yes, offsets for both internal mags are included. There’s no need to specify them.