Offsets always to the N/NE

I’ve been using two CORS OSGB base reference stations here in Cornwall UK they’re 29.5km apart and I’m always seeing an cluster 10-35mm offsets to the north / north east. I realise this is small considering the two stations are 29.5km apart. I would expect the the center of the cluster to be around the ‘rover’ rather than in the N/NE area.

I’ve triple checked the base station location and entered that in RTKpost under options - positions - base station XYZ I obtained it from here The two stations I use are CAMO as the ‘BASE’ and LIAR as the ‘ROVER’
I’ve also tried converting the XYZ coordinates to LAT/LONG with OSGB’s QuestII conversion tool and enter that in a bases.pos file

Is this normal ?
(I don’t have any Emlid equipment hence using the two reference stations) 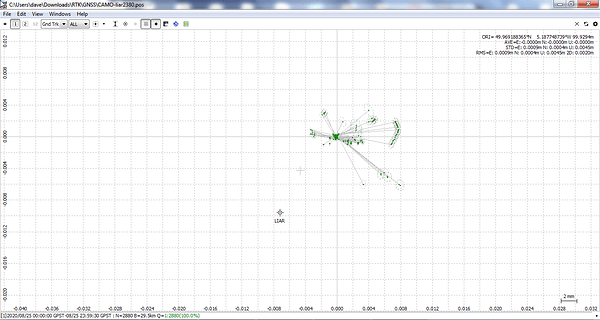 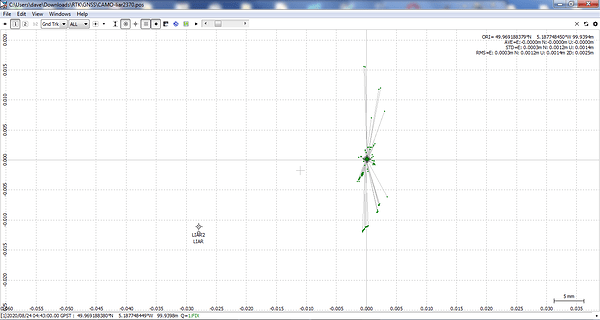