I have the following problem.

Install a base station using an NV08C-RTK card and have it configured in the base mode to send RTCM 3 fixes and 1002, 1006 and 1010 messages. When testing using a reach as a rover even though the solution may be fix or float On the map I draw the rover always a great distance from the base, although they are only about 3 meters away. Also the stastus only shows the corrections of one of the GNSS systems and not the two. In my country Colombia there is no base service with NTRIP and that is why I have to use base stations from other countries and the nearest one is in Manaus Brazil. When I use this station despite being more than 1000 km in the window I have a solution or float or fix and I draw the rover in the place where . 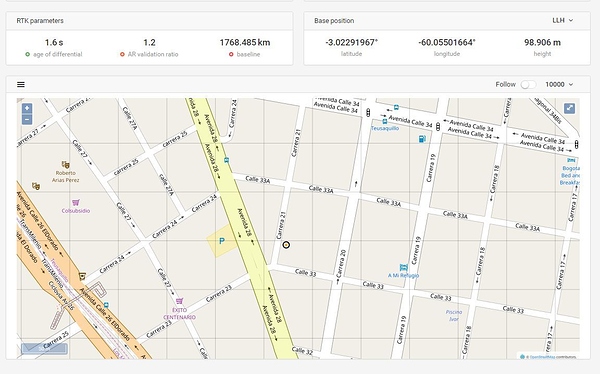 I’d highly recommend you not to use such far NTRIP station.
If you have no station in a radius of 10km try to turn off NTRIP correction.
I think that you’ll get much better result in that case.