No interface or network connectivity

Any and all help appreciated,
Thanks

Have you tried other OS on your SD card? and does it work?

Just tested it with a freshly downloaded version of Raspbian Stretch on the same SD card, which is new and straight out of the box, and it worked no problem.

Could it be the image from the NAVIO site is not downloading correctly and maybe has an error in it when I download it?

Have run a Emlid version of stretch or jessie before?
How do you connect to Raspberry? wifi, cable ? 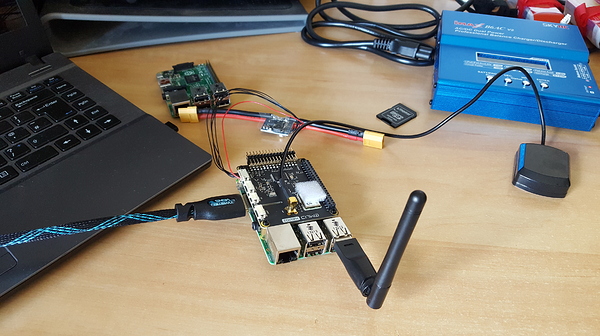 Have tried wired and wireless.
First time with EMLID but cant see how its too different to other projects I have done

Strange. Should get the command line up . Do you have a picture of what happens when you boot rpi with stretch?
Whats your powersource ? 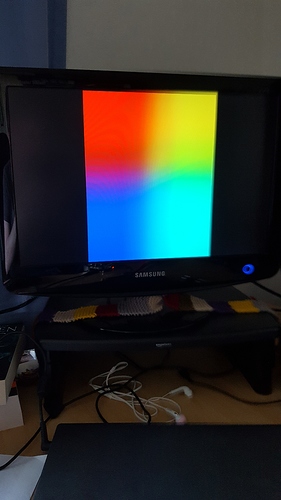 The same happens if you power rpi with the usb cable? 2.amp source? and without the usb dongle attached
Edit: also verified the m5d checksum?

Currently using a samsung charger which can do up to 2A output and still just the rainbow screen. Was not sure how to run the checksum to check the download but have downloaded the image a couple of times and always the same result. Surely it would be getting 2A from the lipo battery? It runs regular stretch from the battery just not the EMLID version

I just tried with mine and i get for a second or two just the same rainbow thingy before OS is lunched.
Both with lipo or 2amp usb bank.
Would look at the image and make sure its properly flashed. I assume you run latest version of etcher?

This is what you should get after the rainbow Yes that is what i was expecting to load. How do i use the checksum ?
Also is it worth decompressing the .img file out of the .xz archive ?

Yes latest version as I have used a different image program in the past.

Might try a new sd card but dont see how thats a problem since I tested it.

Validating the MD5 Checksum of a File

Took the image out of the xz file and checked the MD5 and it matches but when I put the img file on the SD card nothing different happens.
Is there any other way to check if the Navio I have could be causing it. Normal Stretch runs but it ignores the Navio hardware. Could that be the issue ? 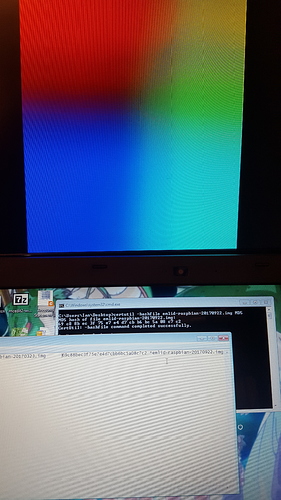 Just put it in the Pi wothout Navio connected and the OS began loading. Faulty unit ?

Could be, but lets hear from @emlid

Have you tried with another Raspberry PI?

I bought another one and it worked. Must have been a fault in the Raspberry Pi I had