No fix with corrections over RFD900

Good plan. When my air data rate was too slow, I saw the grey bars of the base disappearing and coming back, and sometimes disappearing totally after a while.

But you know, I can’t see the R0 and R1 registers for setting this dynamic option, so maybe you are right that the TXPOWER is fixed. I will have to look into this a little deeper.

How’s the fix time with the new settings?

How’s the fix time with the new settings?

I still more time to get fix. More than 10 minutes. I break for an hour with my team. Will continue later with yesterday configuration, 10 tx power, 64 air data speed, and gps_glonass_5Hz.
The tentative conclusions are tx power 20 air data speed 16, 20 power 32 air speed, 10 power 32 speed (need more time for fix, short range). Now change to 10 power 64 air data speed, yesterday I get 200-300 m range and 1,2 or more for fix. But I don’t know what the result next. I hope same or maybe better then yesterday.

Well hopefully it gets quicker for you.

Do you have suggestion for rfd900 antenna position?

What worked well for me was:

I will try later, and upload the picture.

It may just be easier for you to run the official Windows config tool with the radio plugged into your computer with the USB cable.

More familiar for me. I have no experience typing code.

Far from fix. After update to 0.49, I get fix just a second, then float. I change to fix and hold the result same.
Hi bide, may I know all your configuration of reach and rfd900? May be I will start with your configuration.

I haven’t used 0.4.9 for RTK yet, just for development. I will give RTK a try and let you know. It might take a day though.

@dicky Did you know that you can test all the older versions of Reach by using git?
(This is from memory, so it should work)

When you want to go back to the latest ReachView version, then just:

Is that mean with sudo to?
Sudo /home/reach/ReachView/server.py&

That’s great. Thank you bide for your concern. I will do it tomorrow, because this morning until night maybe i will use total station for mapping the road, it has been run out from time schedule.

Is that mean with sudo to?

yes, I’ll correct my instruction above

I can not wait to type the code, so I do now…

change to the process ID numbers from last command

yes, then run ps | grep server.py again to make sure it was killed 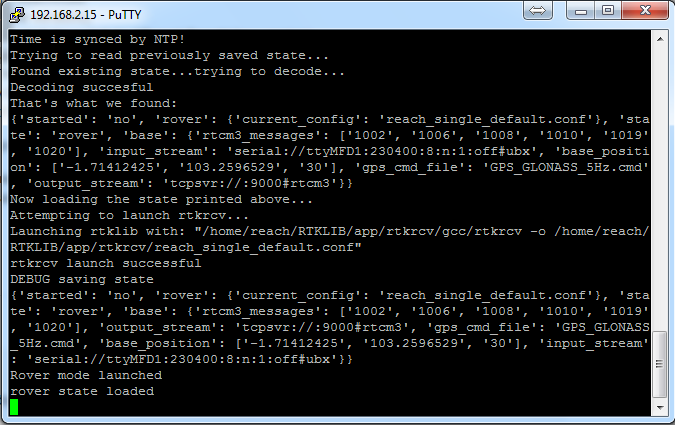 if you used the & at the end then you should be able to type exit and enter.
if you didn’t, then, yes, CNTRL-Z then make sure you also run bg to background the process 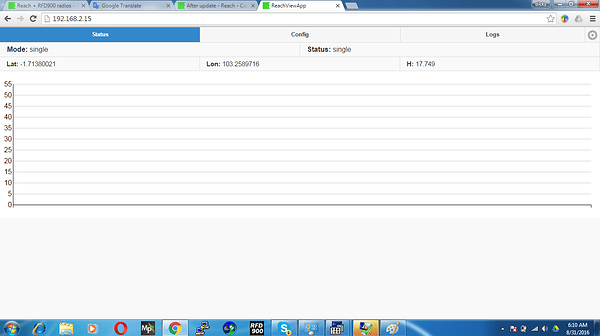 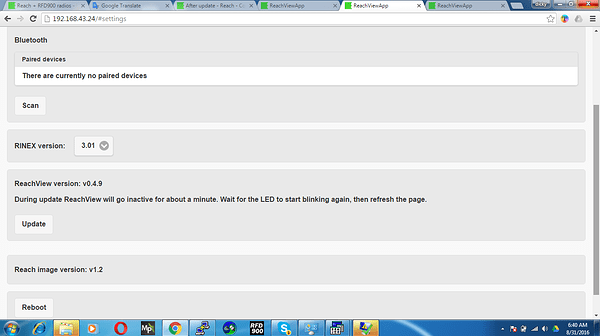