No Fix Solution although the GPS Signal is quite good

i have some proglems getting a fix solution although the the singnal of the satelites is quite good.

Here is a screenshot of the satus Screen of the ReachViewApp: 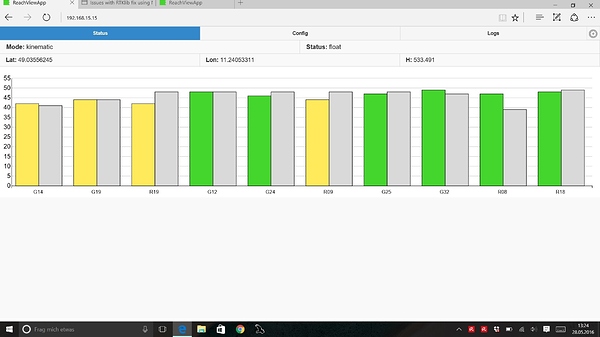 Is there any fault in my config or do i have to set other options too?

The only way I have ever got a fix with Real Time as compared to post processing is by setting the ambiguity integer to 1-1.5 I too can not get a fix in real time with the integer set higher than 2.

In the last weeks i have made some tests with the advanced Settings.
My observation is that with SBAS set for Ionospheric and tropospheric correction the AR Validation is increased. Now I somtimes get a fixed positon. But only for a short time of maximum one minute.
For longer Fixes i have to set the “GPS integer ambiguity resolution mode” to fix and hold. but then the absolute accuracy is not so good. Only the relative accuracy is around 2 cm.
With this setting I only lose the fix when there is a change in the number of used satelites.
Often the AR Validation stays at one when a new sattelit is used.

If someone have good fixes in realtime with good absolute accuracy i would be glad if he shows it to me.

I had troubles initially but now repeatably get fix in realtime using vrs from a cors network. My base station is typically about 10kms away. I have found i get best results using gps glonass and sbas. I have attached screenshots below of my settings. If not shown left as default.With these settings at 10km range ive been getting approximately +/- 20mm on survey grade control marks. 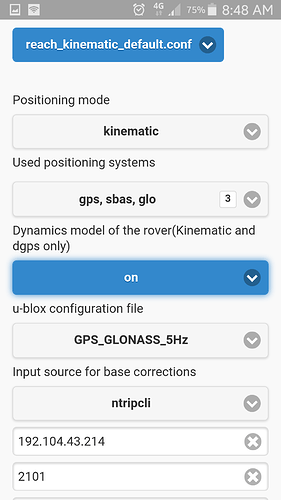 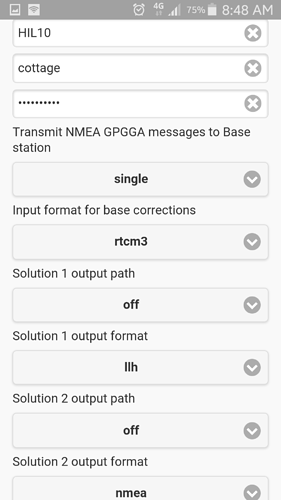 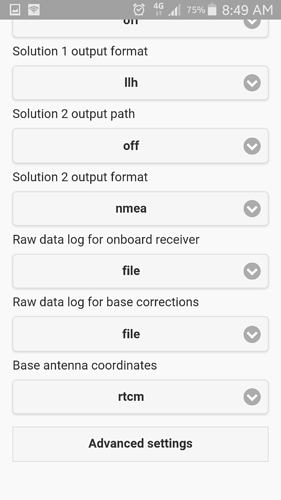 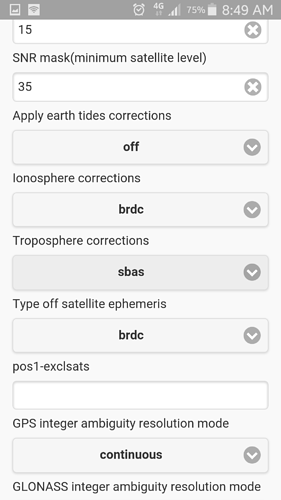 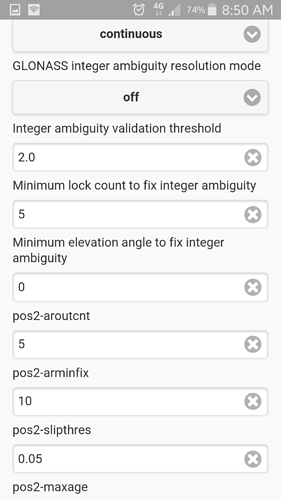 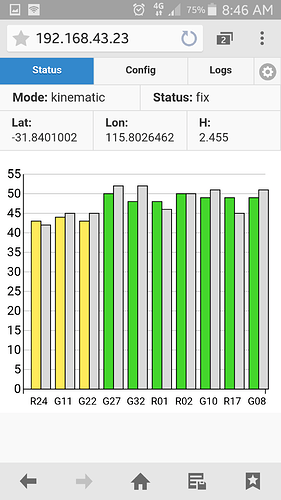 Thanks for your Settings.
I have tested them, but the results are only a litle bit better.
The setting with the most effect was switching “GLONASS integer ambiguity resolution mode” to off. Then the AR Ratio was not fixed to one after a new satelit came into view.

Maybe my problem is the base Station. I use a second reach module. The coordinates of the base were determined by set the module to single mode for a while and then take aproximatly the midpoint of the pointcloud.
Is there a better way to determin the base coordinates without any corection siganl?
Or is my gues false, that a bad base staiton influence my fixes?

Here is the links to my logs.
(The Rover log is bigger then 10MB)

At the beginning i had a problem with the internet connection so i lost two times the correction link for a short time. But I hope the rest of the log is suitable to find the issue.

In the last weeks i had done a lot of tests.

Now I am getting fixes after about 10 minutes.

The main thing I have to do to get a fix was switching off GLONAS in “used positioning systems” and turn “GLONASS integer ambiguity resolution mode” to off.

Now I only use GPS and SBAS satelites.