So I have been trying to figure out where to put my LUA script in the Navio2 directories to be able to run them.

I am using the basic “hello_world.lua” file from the ardupilot github and have tried to make a folder in both the root directory from this post (Location of Lua scripts on Navio2 - #3 by gwillmon16) 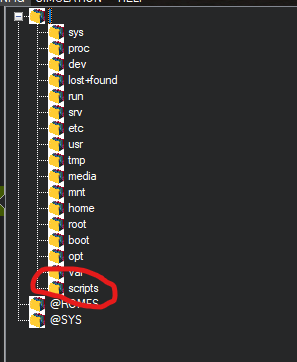 I still receive the error of “Lua: No scripts to run”

Did you set the SCR_ENABLE parameter to 1 to enable scripting?

It appears to work sometimes, but it appears the real issue is that the Lua script keeps getting set to 0 bytes after we restart the Navio2.

Not sure what is causing, but when we remove the power to restart the Navio2 after uploading the script, when Navio2 is booted up and connected to Mission planner we get the error for No Lua Scripts Found , and the lua script in the folder now shows a size of 0 Bytes instead

That’s quite strange. But I’ve not faced something similar before. So, the file becomes empty after the restart of Navio2? What’s the full path of where those scripts are stored?