Navio+ On board connectors and Poweroff

I read the documentation but I didn’t found what it is the propose of the connector labeled like AUX. 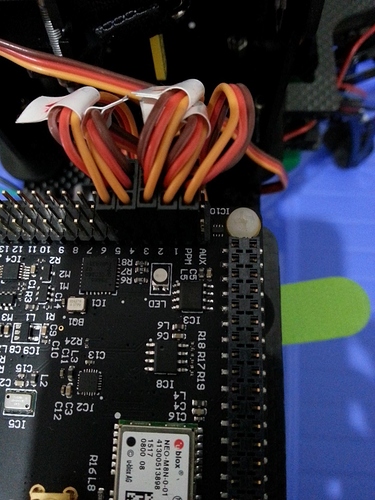 I am wondering if there is a way to turn off (poweroff) Navio+/RPi without use console command sudo poweroff, It means using the R/C

Thanks in advance for your answers

The AUX connector is connected to one of the spare GPIO pins (pin 32 / GPIO 12 specifically). It’s documented here:

So it’s programmable and easy to access. Also a good candidate for injecting power in via a BEC in case you used all the other connectors (13 not likely but you never know). By the way your photo shows multiple power cables coming into the servo rail, you should disconnect all but one ESC input, of course keeping the power output to the receiver (PPM).

Actually it’s an interesting subject, I was wondering if it would be the easiest way possible to emulate the SBUS connector of the Pixhawk, or provide the missing APM safety switch capability.

p.s. for remote power off, perhaps a MAV proxy listening for RC channel or flight “mode” (switch) would work. That’s one mighty “kill switch” then

Hi Tony
Thanks for the Answer, regarding to the cables (2 to 4) they are comming from ESCs and its central wires(red) were cut so for this topic no problem.
I check it the RPi2 pinount and really GPIO12 is the pin 32 but this pin is a generally input/output port, 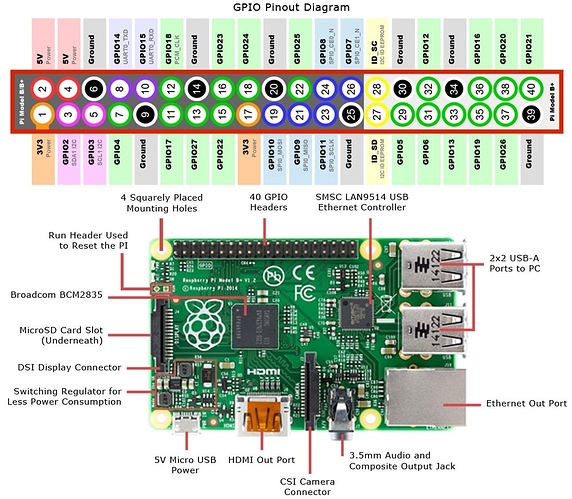 RPi2-GPIO Pinout.jpg1000×873 275 KB
now lets say that I disconnect middle cable comming from the ESC 1 then my question will be Which port I can use to connect a BEC directly to the navio+ port to power up a servo and the receiver directly from another circuit battery(to be more clear my idea is to use two power shemes first one will power up ESCs and Motors the second one will power up Receiver, Camera, servo´s parachute , Gimbal and TX-Module and finally Navio+ can be power up with both circuits in case one of them fails—Redundacy Power System—) 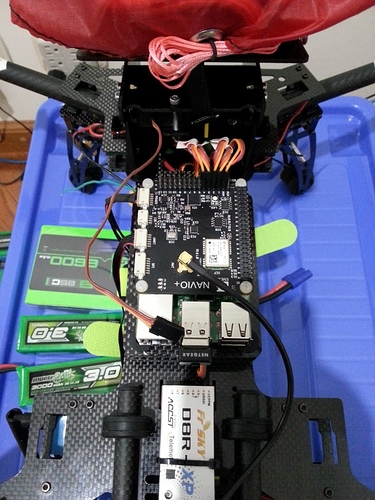 I think that is achievable if you follow the Pixhawk instructions (taking into account differences with Navio, i.e. the USB/XT60 power sources do not power the servo rail or RC in at all).

The section “Advanced power supply configuration” on that page deals with a dual BEC/battery configuration. I’m not an electronics expert so double-check before you fry something.

Assuming the same Pixhawk setup works for Navio on the servo rail, it appears the MBR1545CT circuit together with the common ground does the trick.

Personally on my builds I always have a PDB/BEC combo. With such a PDB the overall configuration could be simplified. No circuitry required in different places, just two batteries in parallel at the source.

If you absolutely want BEC failover too then your configuration or dual PDBs would be the next level of redundancy.