Greetings to everyone reading this post. For more than 4 months I have been having a problem with aerial photography.
The problem is the following: in rinex file logging obtained from the drone the number of time marks when the picture was taken (in file .obs they can be found by searching 5 0) is 10-30% less than the number of photos obtained from the flight.
Correspondingly, the coordinates in the .pos file obtained by transforming into rtkpost are less than the number of photos. 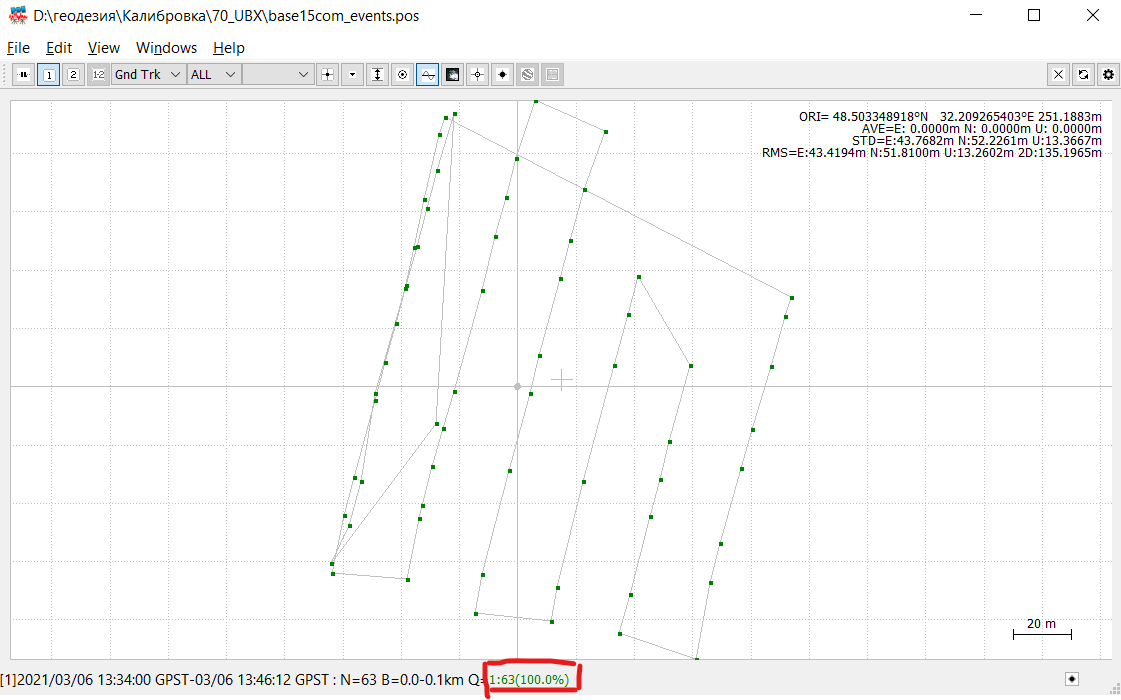 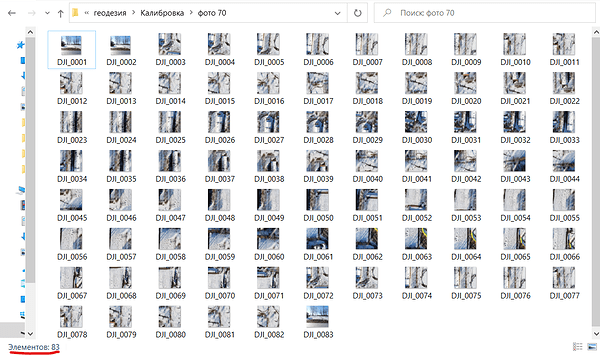 Flight task in DroneDeploy;
My rtkpost version is 2.4.3;

I can send log files from the last flight (there were 83 photos, but the coordinates of the shooting positions only 63).
In general, I have done so already 30 flights and no time the number of positions is not equal to the number of photos.

I also did some kind of test on the ground but under the open sky:
Turned on the drone, then turned on the remote and went into the dji go, there set the setting - to take a photo every 2 seconds, while I connected via reachview to the board m+ on the drone and went to the section Camera control - where it is written Last time mark. And carefully watched the change of time last mark. And even at this point, I noticed that the timestamp is sometimes skipped (for example it was 00:00:01, then changed to 00:00:03, then 00:00:05, then…) because the photo is taken every 2 seconds. But sometimes it happened that the mark was skipped. Like - 00:00:07 didn’t appear, and then it went straight to 00:00:09). I have noticed this many times.

I reset the drone camera settings, reinstalled different versions of m+ firmware and changed the RTK settings in reachview, bought a new microSD in the drone, but alas nothing solved my problem so I’m asking for your help).

How are you collecting the events?

The Phantoms do not have a “hot shoe”. Is this a kit that you or someone else installed like TopoDrone or Teokit? 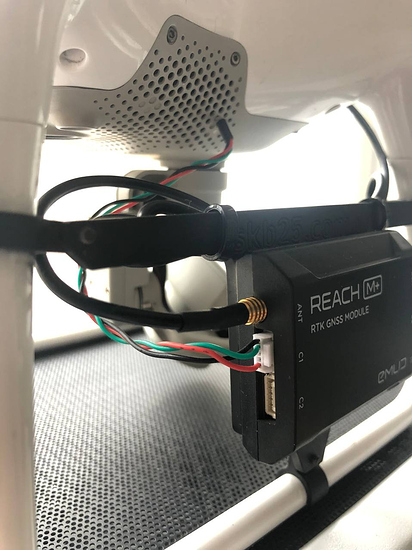 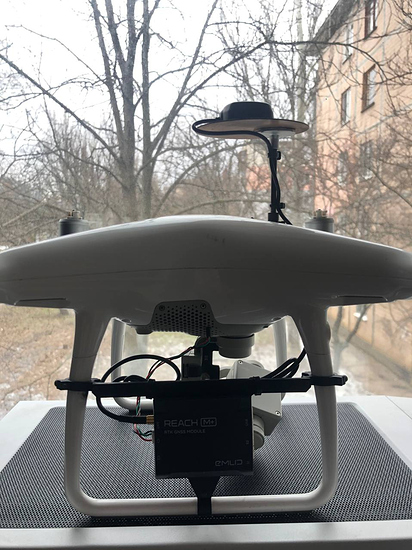 From what I am seeing on their website I do not see any mention of writing values to the exif data of the images. This is similar to the Vanavara AShot where the signal is being intercepted and the vent transmitted to the M+. I assume there is post processing involved maybe by a software they have that applies the geotags?

What I do not recognize is this apparent wire. It seems like they are getting the event from the camera itself instead of how the AShot does it by adding an internal board and being directly inline with the ribbon cable. 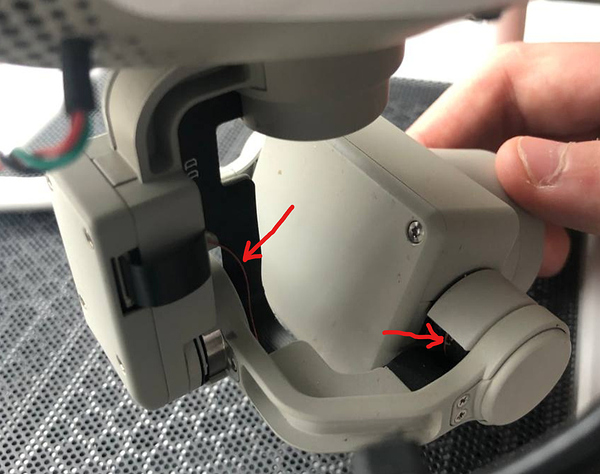 My guess is that there is some inconsistent loss of connection due to the wiring. I previously ran an arduino light sensor and missed an event occasionally and then switched to the AShot board and never missed an event. This was with the M+ and now I am running the M2.

As Michael noticed, DJI Phantom 4 camera doesn’t provide hot-shoe access. So, there is no easy way to integrate Reach M+ with it.

We haven’t tested any custom solutions for integrating Reach M+/M2 with DJI. DJI is a proprietary system, so I can hardly comment on how such an integration can be made.