Hi, I am trying to calibrate a RS2 Base-Rover setup (without access to NTRIP) for the upcoming field season and having an issue with using acquired coordinates from PPP NRCan to use for the base in manual mode.
Note: I noticed in previous tests after post-processing in RTKPOST that the coordinates were always 1-3m off the known GCM, which I attributed to only having a relative accuracy based on averaged single Base position and not having NTRIP. This led me to trying to use PPP on the Base logs to get an absolute position before manually inputting the coordinates to see if this mitigates the error.

I let the base run for 4.5 hrs and sent the .obs file to PPP. The following day I set up the Base in the exact same spot and tried to input the PPP values for the base position, but when I turned the Rover on it would not connect to the Base, but the SNR graph shows multiple satellites with accompanied grey bars (see image) 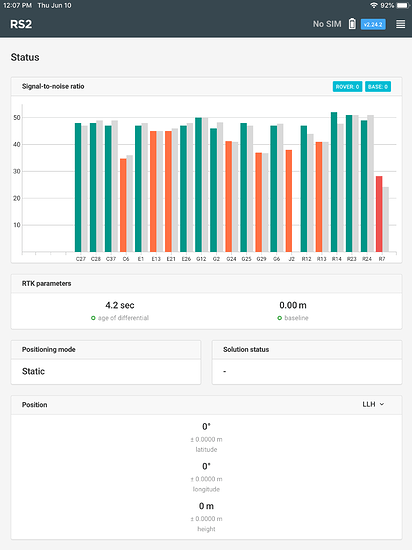 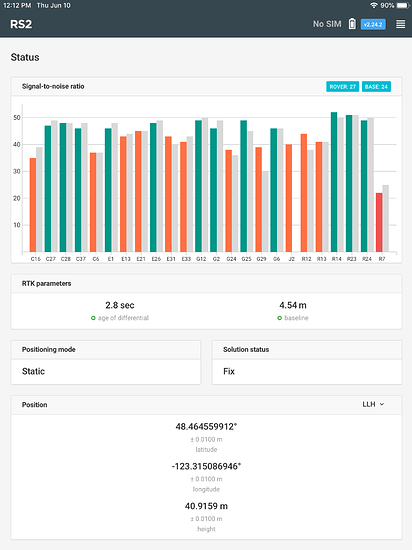 The rover usually behaves that way if the base position is incorrect: when it’s noticeably off from its real position. It makes me think there can be an issue of conversion or something like this.

Which coordinate system your base coordinates are in?
Could you share them with us along with the averaged position so that we can check what can be wrong? 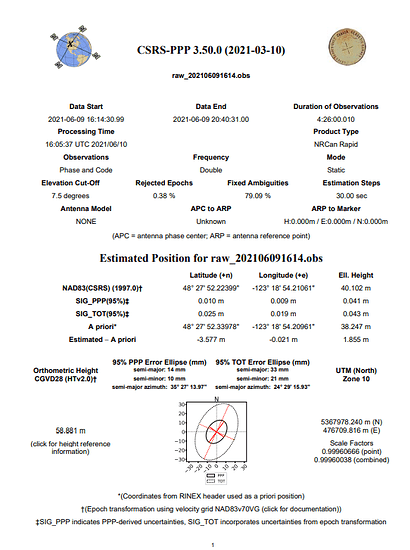 The averaged base position is shown here 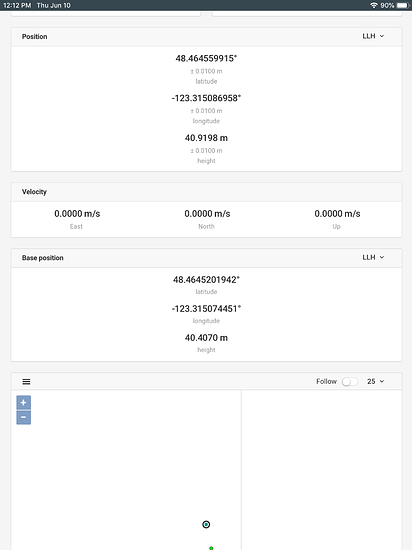 As I see, the CSRS-PPP and averaged base coordinates indeed differ since the PPP service provides the positions in NAD83(CSRS), while the Reach Panel app averages the base in WGS84. If you transform the coordinates obtained with CSRS-PPP to WGS84, the setup should work fine.

I can also suggest testing the connection with our newer ReachView 3 app since it supports different coordinate systems and datums. You can install the app on any Android or iOS device. In ReachView 3, the base datum depends on the coordinate system chosen for the rover. You will see a note on the required base datum while creating a new project. For instance, if you survey in a CRS based on NAD83(CSRS), you will need to enter the base coordinates in NAD83(CSRS): 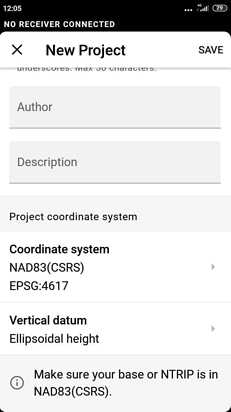 If you need to get the result in another coordinate system, you can find the base datum in the ReachView 3 app or tell the CRS to me to help check it.