I am looking for the best long range telemetry options legal in Europe.

My goal is to rover around the house and may be street to so a max range on 250m is enough, but this is on the ground not in air… and not in plain line of sight… I would like to stream FPV + telemetry to the ground station

Any tips from the experts here on the forum?

EDIT:
additionally power consumption is also an issue.
some wifi adapters need a powered USB hub in between right?

I tried to control my rover with wifi at first and it does not really matter what adapter you use. I had a router mounted on my rover with two 9dbi omni antennas and a router in client mode to connect to it. I streamed video and sent control commands through this connection and I never got much further than 150m on an open filed. One day I tried it in thick fog and the connection dropped before the rover was out of sight (50m). With the power restrictions in europe, you have to use directional antennas and point them at the vehicle. Best would be to have directional antennas on both ends.

There is an android app called “andruav”, it is made by the same guy that does the Hefnycopter firmware for KK2.x boards. It works well, streaming video from the smartphone and telemetry from the smartphone or different flightcontrollers. I tried to put one of my old smartphones on my rover connected via USB, but the RPi could not provide the power needed to charge the phone, so the USB connection went on and off constantly. Perhaps you could slice the USB cable and connect the phone to another power source, but I did not try it.

This it what I use at the moment, but only for telemetry/configuration. With 100mW and 19200baud airspeed I get a range of 500m on the ground, more with a plane or copter. The bandwidth is much to low to stream video through it.
I use a dedicated FPV transmitter for this.

I use in US 4G/3G. Not free, but pretty cheap. Range basically unlimited.

So I ended up with 3G/4G with a tiny router on the rover. Bandwidth varies with signal strength, of course, but with 4G… easy to stream video.

Thx for your post, you have a rover project too?
Do you have some description of pics of it? love pics…

Btw do you stream video or does it operate more autonomous?

Any additional sensors on it to do object avoidance?

I do have a rover. I am building a vineyard/orchard management system, with a (large) rover and a hexacopter for surveillance of the vineyard. They communicate and will work autonomously.

I currently have the prototype (smaller) rover done, and am testing GPS positioning and CV recognition of the vine stress with openCV. We have a team of 5 folks working on it.

Hi
Thanks for trying Andruav. yes this is me Mohammad Hefny the same guy that does HefnyCopter.

I suggest you may use less weight smaller device such as
http://www.amazon.com/Flylinktech®-S6-Android-Camera-Unlocked/dp/B00LPC89NW/ref=pd_sim_sbs_107_5?ie=UTF8&refRID=0VCNCPVG9BE3F1G4N6AX&dpID=41EAGYRizML&dpSrc=sims&preST=AC_UL160_SR160%2C160#technicalSpecifications_feature_div 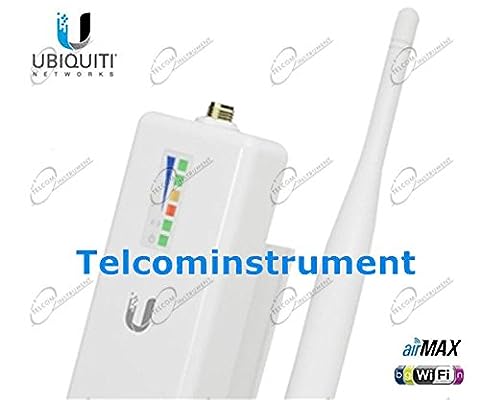 PicoStation M2-HP 2.4GHz Hi Power 802.11N Outdoor Radio System The smallest outdoor AP in the world is also the most powerful. With up to 1000mW of output power, the PicoStation family of outdoor WiFi ...

If someone is interested I will be able to feedback you on it (should receive it by the end of this week).

The bad thing about 4G is that you need to subscribe to a dedicated line for your UAV (or play with removing/reinstalling your phone sim card at every flight which is really annoying…).
I ordered a second SIM and when I connected it, it automatically killed my previous SIM card that actually was installed in my phone.

does somebody have a clue on how to avoid that? Having a specific SIM with dedicated phone nbr is quite expensive in France (~20 eur / month)

Thanks for your answers!
Guillaume