Building a 3D model of an area is very useful for many industries. Archaeology and architecture are included in them too. Our user Brent Wiebe got a request from a local school in Northern Saskatchewan, Canada. The eventual goal was to build a new school building and integrate it with an existing church and old school building in the same area.

The Setup For the Mission

In this case, Brent didn’t need absolute accuracy because relative positioning was enough for him. His main concern was locating the future building among the existing ones. However, having absolute accuracy on point is never a waste. 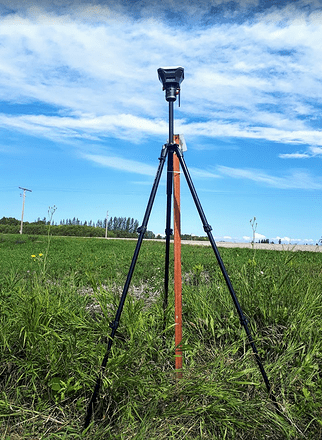 For this project Brent used:

With this setup, Brent managed to create a precise and quite picturesque project.

It all started with GCPs. Brent placed several points all over the site and surveyed them. Then, using Reach RS+ as a base, he flew the area with a drone capturing all the required data for future modeling. The surveying of the GCPs went so well that he even managed to hold a small demonstration for the local farmers.

The next step was preparing the 3D map and point cloud. With the help of Agrisoft, QGIS, and Revit software Brent created a prototype of the building on the map together with the contours and property lines. 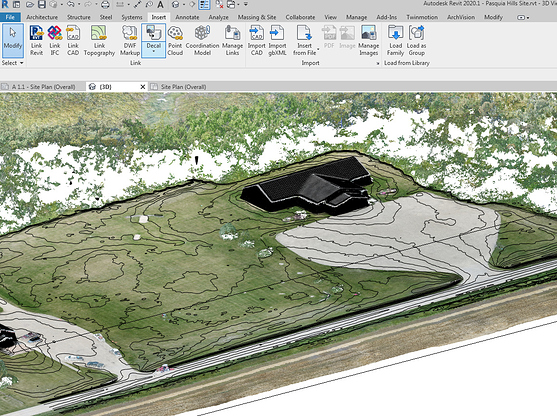 The area with contour and property lines, the building is the old school building.

Autodesk Infraworks added small roads, sidewalks, and parking. This is great software for 3D site design but it’s not super realistic, Brent said. So, he used Twinmotion software, which he is quite fond of, to create a final 3D model of the buildings and landscape with textures. He combined the drone pictures with the 3D model of his new school building.

Here are some of the final render pics: 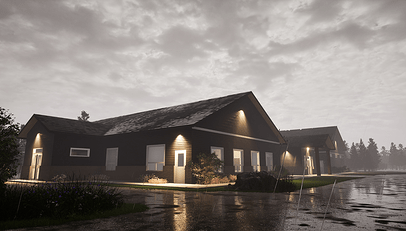 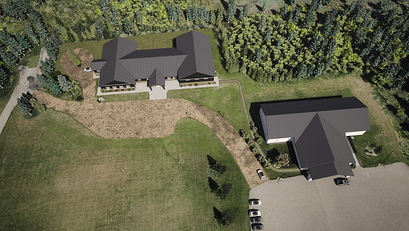 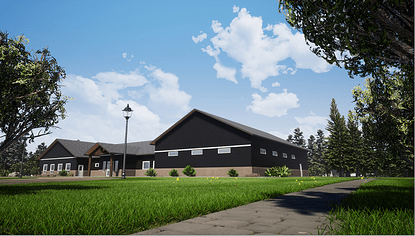 Both Reach RS+ and Reach RS2 are a great fit for setting the GCPs in RTK mode. Control points locations are recorded with the ReachView app available for iOS and Android. Choose your receiver for comfortable and accurate fieldwork.

Thank you for sharing you workflow with the community, @Brent_W

Nice @Brent_W! Exactly what we do and I think many many others are striving for.