How to find MAC address of Reach RS2 receiver

Usually, the name of the receiver should appear instead of the MAC address in Bluetooth settings. Can you share some screenshots? 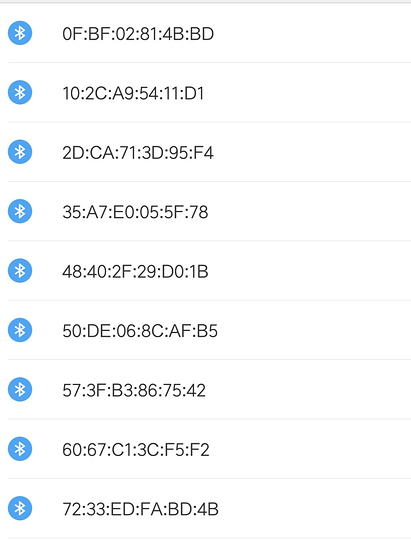 I stumbled on mine by accident today but when I saw this thread and tried to find it again, I couldn’t.

I see that you marked the Fing app as a solution. Have you paired your Reach RS2? Is the connection stable?

Hi. I’ve managed to pair Reach RS2 with this Android phone using Fing app to find the MAC address, but the NTRIP app in the Android phone sometimes lost bluetooth connection from Reach RS2 receiver, the bluetooth on the phone got disabled automatically ,which is strange.

Have you tried to pair Reach RS2 with other devices via Bluetooth? Do you notice the same behavior?

so far this Bluetooth issue only appears on one of my Android phones, which runs Android 6

Are you using Lefebure NTRIP app? If so, I will have to dig around but there is a setting in android to let an app run while the screen is asleep. I know I had to change it on one of my phones.

Jerry, It looks like something’s wrong on this Android version’s side.

Regarding the disconnections, you can check if the power saving mode in Android settings is disabled. It can turn off apps in the background.