I am a surveyor using my Emlid Reach for collecting land points for topographic mapping and so on.

however I am having difficulty starting a survey, there are some doubts about the configuration.

2.What data do I need for post-processing of both the base and the rover? 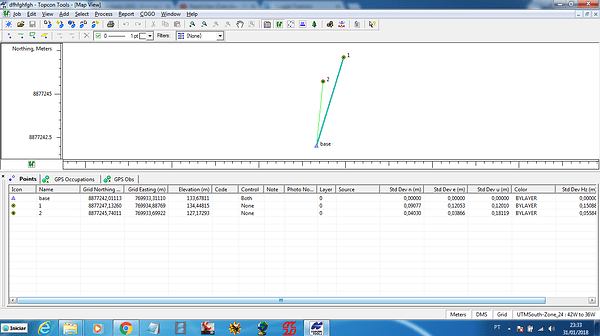 If it is possible for you to respond, take a step-by-step on how to perform configuration and collection of points and post-processing. if you have a videotape much better than already thank you.

I have read and studied the tutorials (DOC) of the company but still I have doubts, there is no video tutorial for these situations, it would be very useful if they created them because I would solve many questionnaires.
They are questions more questioned and experienced by surveyor.

It is necessary to enable the “log” when starting the survey even though it is RTK, if so, which ones should I enable in both BASE and ROVER?

I would log on base and rover. If you loose link between rover and base you would stil be able to process later on.

2.What data do I need for post-processing of both the base and the rover?

Log raw .ubx. But you should be good to go with Rinex as well, but be aware of setting applied in reach might affect the output data in rinex. Raw .ubx record everything no matter what settings you have set .

Considering that in a RTK survey the rover loses the signal from the base, it is possible to collect the point in static, if so how? and is it possible to process it with the base?

I am not sure i understand the question. You are likely to lose link in static as with kinematic when both are RTK. If you process later you have the option to choose kinematic or static, all depending on the setup you did with the pole at that point. Thats why you log raw data, you then have the option to process coordinates later on.

After you have done the post-processing in the RTKLIB it is possible to export in a table form the coordinates of each point with its sigmas (standard deviations), including latitude, longitude and altitude precisions? shape the image below:

well no, not in batch mode (multiple points). Only one point at the time and it has to be done manually

If I collect points in the “SURVEY” with the “LOG’s” enabled does it record the points separately for later post-processing, generating the raw data of each point within a single rinex? or does it record everything and then unzip it does it separate the dots?

Survey and log are two seperate things and thus recording to seperat file. Log record everything, survey record only the points you store in survey mode and with no connection yet to the log.

Small tip is to survey (reachview survey mode) as usual even if you only get float/singel and save log. And overlay survey points on PPK track. And use extra time over each point to make it clear that this is where you surveyd.