How far you can go with LoRa of Reach RS2

LoRa radio of Reach RS/RS+ proved to be a reliable link for real-time communication of base and rover in the field. While this radio has a low power consumption, it allows getting a long-range link, so you can confidently work in RTK mode without the need for Internet access. With LoRa radio installed in Emlid RTK GNSS receivers, you can usually work at distances up to 8 km from the base station.

LoRa radio was first used in Reach RS, and back in 2017 one of our pro-users showed that sometimes you can go much further than 8 km with LoRa radio. Read on the blog about how our user hit a 19 km baseline with Reach RS in Canada.

Reach RS2 carries the same LoRa radio, fully compatible with Reach RS/RS+. It is also worth mentioning that the LoRa antenna of RS2 has become more rugged. 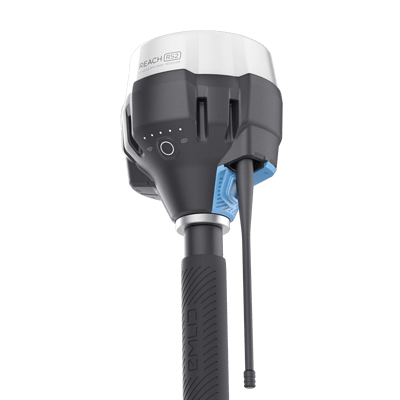 Our tests showed you can rely on LoRa when working within an 8 km baseline and in some cases go even further.

The tests of Reach RS2 by our pro-users from South Africa and Norway demonstrate how LoRa radio performance can be pushed much further in various environments.

Our pro-user in South Africa, Luke Wijnberg, made several tests evaluating the LoRa radio of RS2.

Luke checked how LoRa performed in the sub-urban area with buildings, mountains, etc. He reported successful data transfer behind the vegetation, buildings, and even a mountain which is over 1 km with no tunnels. 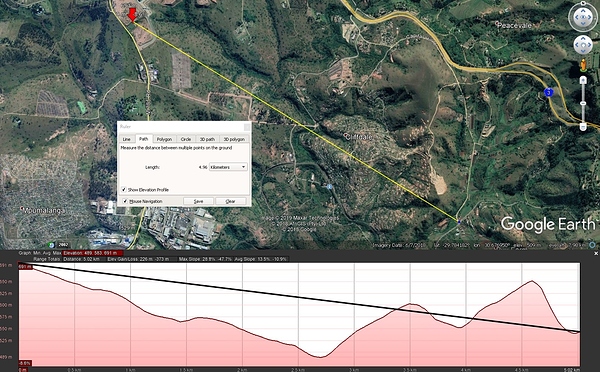 Luke also tested the LoRa range at 15 km, 25 km, and 35 km baselines trying to get the most out of the radio link. He chose spots in the KwaZulu-Natal midlands on the top of a hill.

The first 2 fixes at 15 km and 25 km were anticipated as the base was clearly visible. The interesting thing is that when Luke began climbing up the pass into the Highmoor Reserve he could receive data correction straight away from 35 km! 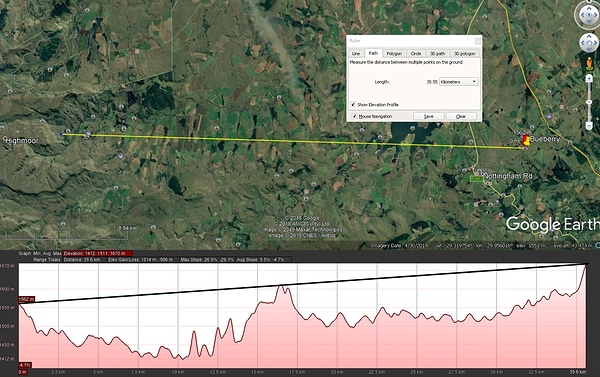 After Luke got a fix at the baseline of 35 km, he decided to push the limit even further. So at the top of the mountain, he reported the fix on a distance of 39.8 km away from the base! 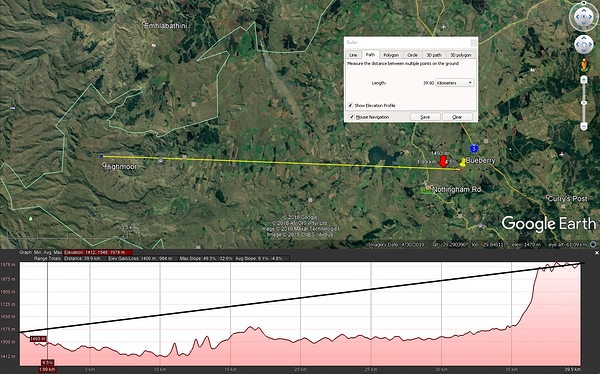 You can read Luke’s full report on our forum

“This is an amazing output for such a small device. It shows good design, radio, and antenna tuning. Reach RS2 is a vast improvement on the previous generation in the Reach line.”—Luke Wijnberg

Forest hike with RS2 in Norway

Tore, our pro-user from Norway, conducted another test to check the LoRa range. He installed the base near his house, strapped RS2 rover to his backpack and went out for a hike up the local hill.

There was no direct line of sight between the base and rover, only dense forest and hills. Thus, Tore wanted to see how much data the rover would pick up from the base.

His way led through a dense spruce forest to a clearing with a high-voltage power line above. In such conditions, interference from power lines may affect GNSS and radio performance. This may cause initialization issues and position drift. Nevertheless, Tore received a fixed solution located directly beneath power lines, and at a distance of 4.2 km from the base station. 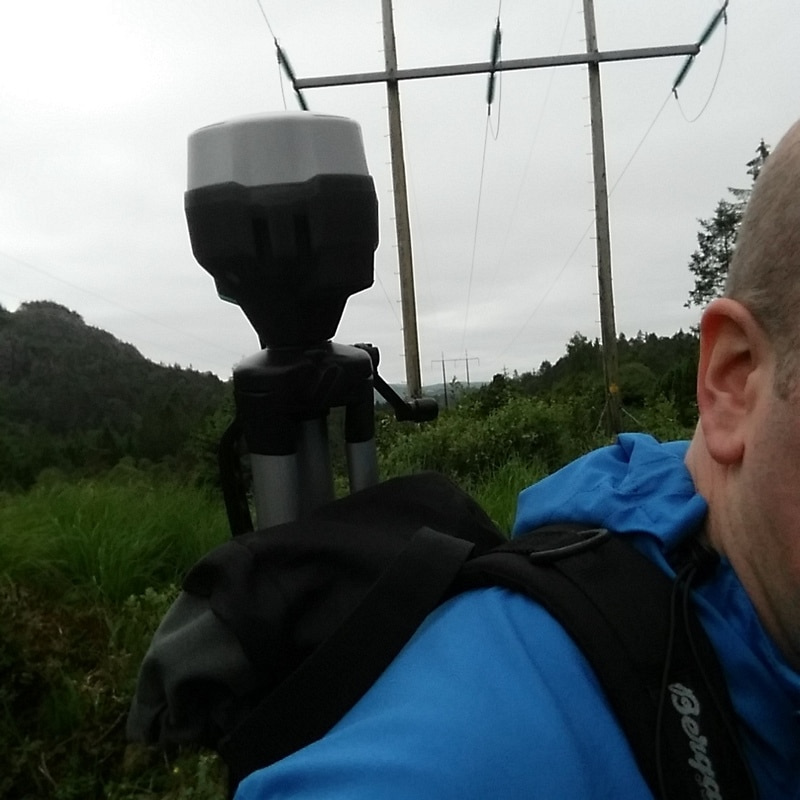 Further, on top of the mountain, with no line of sight and a huge mountain in between, RS2 rover still picked up the data from the base. 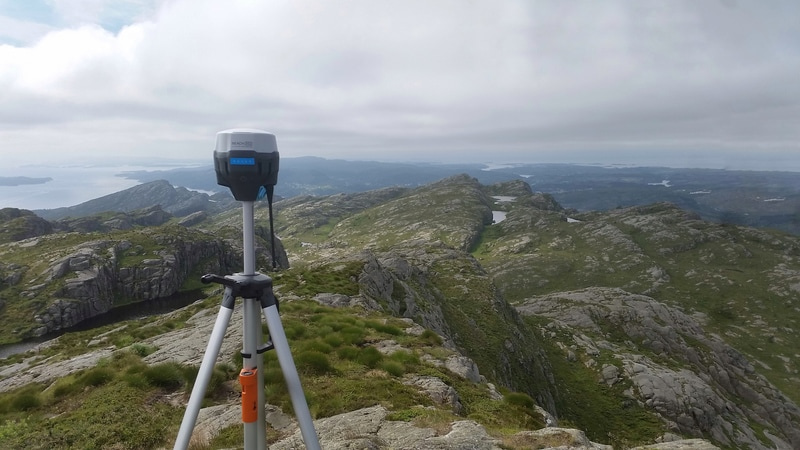 
“Huge buildings, mountains will still block LoRa but dense forest and hilly terrain (depends on the situation) isn’t enough to put the LoRa out of the game. It really penetrates well in such conditions.”

Learn More About this Test

LoRa radio makes the setup much easier, especially when you work in remote areas. However, the range of LoRa depends on the surrounding conditions and varies from several kilometers for urban areas to 40 km in open areas.

When you see the accuracies in the reachview app, the ppm is already aplyed?

If you mean here, then no. 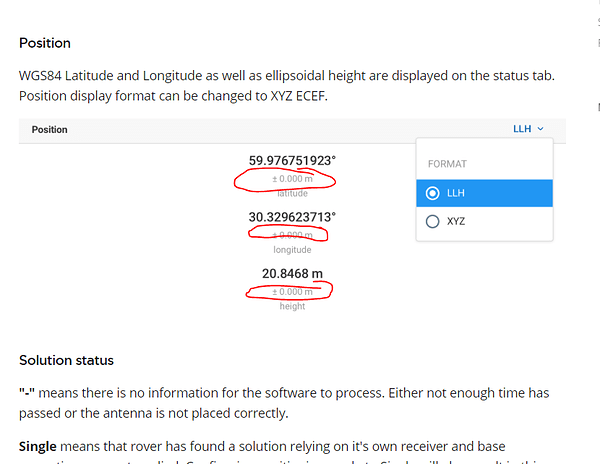 Can some one explain the RMS values during a survey, I come from the electrical eng field where RMS is the “truer” valvue of the effevice wave form… not sure what it means here.