I am processing ppk data sets with RTKLIB, in my drone mount the antenna is perfectly aligned with the sensor of the drone camera in the X and Y axis, not being so with the Z axis. 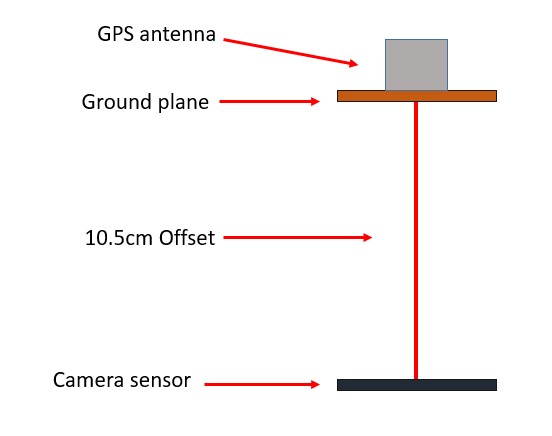 Positive is up and negative is down. The antenna is up from the camera senseor so yes it is a positive number. You say the antenna is centered horizontally, but is that at a resting state? If so then how are you calculating for the tilt of the aircraft and where that then puts the relationship. It will affect the y-axis as well if you wanted to scrutinize. Think about this…

Are you using GCP’s?

Yes, I have checkpoints.

The camera mount is fixed and both the camera and antenna are compensated for the 6º that the drone normally reaches, so that part doesn’t worry me.

You got it! The reason I asked about GCP’s is because then it really doesn’t matter. The increased relative accuracy of the points is the benefit and then the GCP’s put everything where it is supposed to be.