Check out Emlid online talk about placing GCPs. In this video, our pro-user and experienced drone operator @wizprod shares his tips and tricks on placing GCPs to deliver consistent centimeter-accurate results.

Christian walks you through the project workflow, paying attention to every step: from estimating the number of GCPs to setting up a base and a rover and post-processing data. This experience will help drone mapping professionals who want to get a reliable workflow with GCPs and provide trustworthy results. 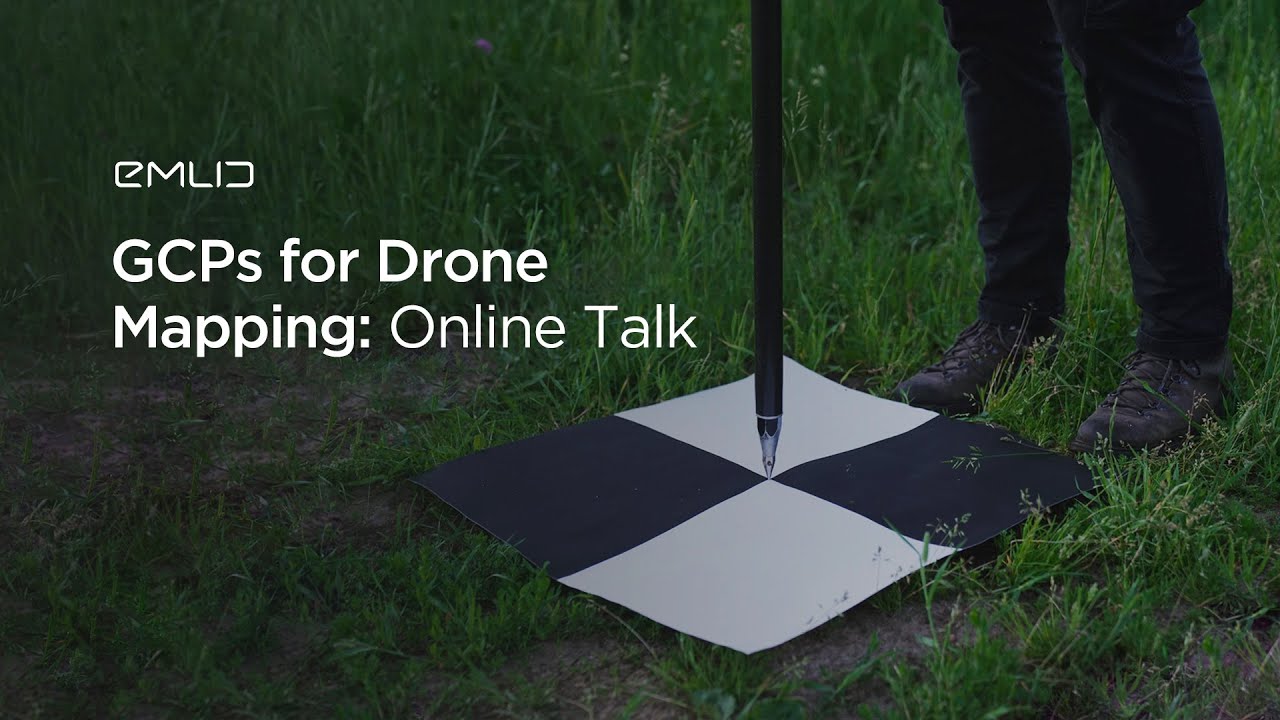 This is wonderful. Thank you All who particpated.

I would like to add one item about placing GCP’s on construction sites. This is possibly particular to the United States, but more likely globally particularly if GPS machine control is used. The activities performed in construction are based on the CAD file that is received from the Design Team. The important thing to recognize is what CRS this CAD file is positioned with.

Sometimes the CAD file is correctly positioned according to an actual SPCS. An SPCS is the State Plane Coordinate System for which there are several zones in each State that are Cartesian in projection. Another scenario is that the CAD file is on a local (custom) CRS. In construction a localization (or site calibration) is performed.

A localization is the process of transforming the monumentation from points derived in the CAD to match the actual condition of the control on the ground. Unless the survey was very recently performed a condition of property corners of horizontal control points is usually not within our construction tolerance of +/- 0.10ft (3cm) so this causes a slightly different rotation and scaling. Also, we use vertical benchmarks that have been level-looped into the site from an NGS monument or other benchmarks from a previous generation meaning that our verticals could be as much a 3-4 generations down the line when working in areas further from the NGS monument. This then causes a variance from the NGS monument due to error in the leveling process when there is a long ground baseline. In consequence the local elevations will not match a value collected using a CORS which should match the origin NGS monument. This is also remedied during the localization process.

All of this mentioned then affects the GCP CSV file used in the photogrammetric processing software. Once the processing is complete the point cloud is triangulated and turned into a TIN file which is imported into the CAD for cut/fill analysis of the different stages of construction and drainage verification. A final adjustment has to be done in the CAD utilizing an alignment routing to make the visible GCP targets match as closely as possible the point symbols imported from the same GCP CSV file. This can be a very small adjustment or larger as the local CRS departs from the SPCS. Either way the drone data needs to be within the construction 0.10ft tolerance in order to be used for accurate calculations.

I see that ALLOT of companies including drone service providers are not performing the final CAD adjustment which tells me that there data is not as accurate as it could be. If you want to be within a respective tolerance and truly sub-3cm accurate you should be doing this. The one exception to this is if the CAD coordinates match the ground condition near perfectly to data collected using the CORS. This is almost never the case and is definitely not the case when a localization has been performed. Please make it a part of your workflow to coordinate with your contractor to verify the condition of the control and the actual CRS that applies to the project.