Error in APM Building from sources

Hi,
When I try to build APM from sources it gives following Error. (Attached a screen shot). Why this happen?? Thank you for your attention. 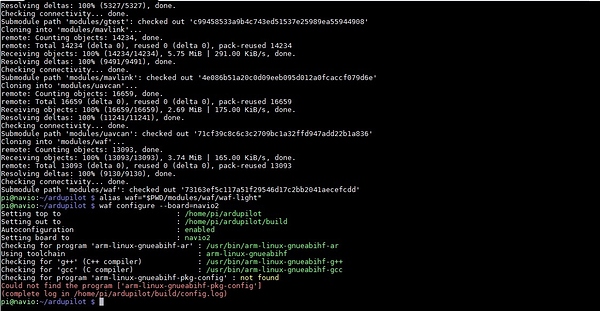 @george.staroselskiy thanks for your quick reply. I tried above command. so previous error is gone. But now it gives following error.Thanks for your attention. 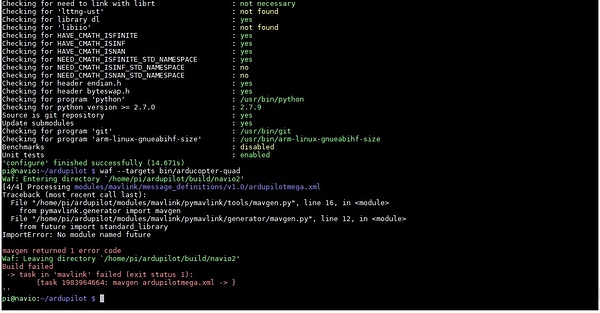 Sorry, I haven’t seen an error like this and I won’t be able to reproduce it on a Raspberry today. 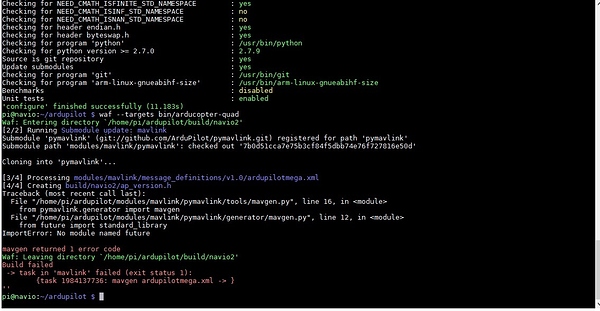 There is a strange issue with future statements in mavgen.

For now, I was able to get around this problem by changing lines 12 and 13 to

I’ll submit the bug to the issue tracker. Thanks.

Thank you very much.

I’m glad it helped.
This is a hack. though.

mavgen is requiring some new dependencies on master branch. This should fix it:

I had the same issues. in /user/bin I found /usr/bin/arm-unknown-linux-gnueabihf-pkg-config, so I just renamed it. The I laso had to install future with pip.