This is less of a review and more of an account of the first time I used it.

For a research project, our team was tasked in late September with installing equipment at Fidelity Station, a weather and avalanche monitoring outpost in Glacier National Park, BC, Canada. As luck would have it, I received a mystery package the day before our work trip. In it was a survey pole, which would come in handy as we had to stake out a triangular geometry to place a seismic geophones array.

I checked it out before stashing it directly in my already packed duffle bag and off we went. Our install consisted of roughly 450m of cable that we had to spend several hours manually encasing in plastic sheathing during evenings for added protection, leaving our fingers pretty sore. 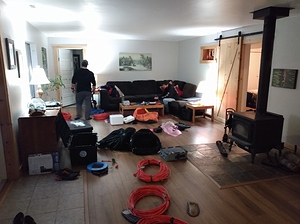 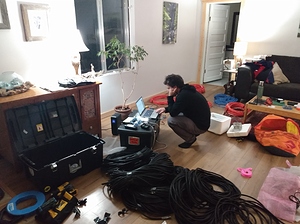 The site is out of this world, at 1900m and overlooking Rogers Pass, accessible by a steep switchbacking jeep trail. We decided to spend our first day working on another task up in the instrument tower and it was the right decision as the second day was marked by heavy rainfall. 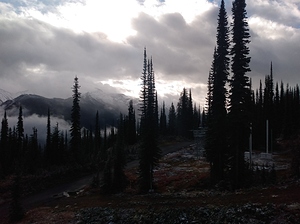 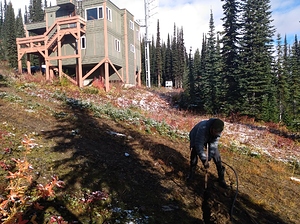 On the second day, after importing the geophone planned locations in the RV3 project, I took the pole out and a partner and I clambered up in the wet underbrush and staked the spots out. The terrain was difficult as it’s quite steep, so we had to deviate slightly from the plan when we encountered tree clumps or small cliff bands, but every spot was eventually marked roughly where the plan wanted them using flagging. 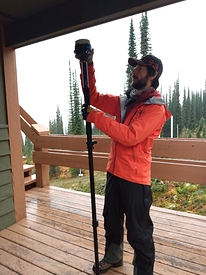 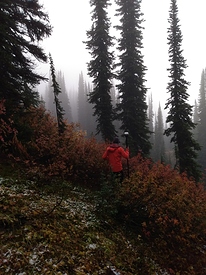 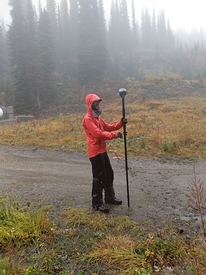 The next step was to uncoil the cables along the path, sticking the geophones in the ground as I went. Tedious stuff, but my colleagues had an equally annoying time trying to fish the cables in the passthrough from the server room inside to the controller hub outside. Digging a trough with pick and shovel in the gravel trail to bury the cable run (inside PVC pipes for crush protection) while it poured rain was no fun at all either. After almost a full day, we were able to test everything out successfully, every sensor sending signal to the network and passing it onto the internet. Nothing like a good old 5 gallon bucket to keep the hub dry through winter. Two holes for the cables that were then sealed with hot snot. 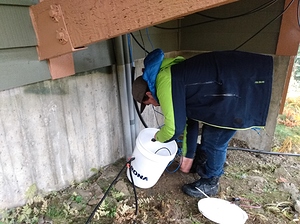 The pole works well and the foam handle was welcome as soaked gloves didn’t provide good grip on the alu pole itself. I tightened the screws on the section clamps to make them grip a bit more and that’s all it took to make it work perfectly.