Im having trouble setting up my rover with Emlid Edge. I have everything working in manual mode, but I get weird behavior in auto mode. I am pretty sure it is due to something Im doing wrong with the mag.

The rover is a large skid-steer machine running off of two car batteries. 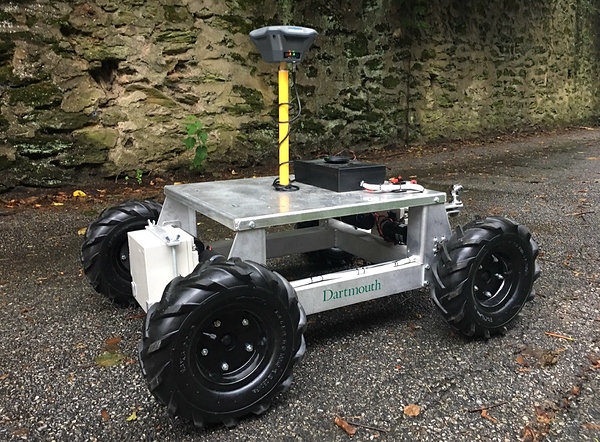 I have added a reach RS as a second GPS, but this behavior predates this addition.

When I set up a repeating square waypoint mission to test autonomous navigation, the rover always heads in the wrong direction by approximately 45 degrees. It slowly curves away from the waypoint until at some point it stops and does a skid steer at something like 45 degrees off from the correct direction to the other side of the waypoint. It continues like this until it hits the waypoint and then starts doing this to the next waypoint. 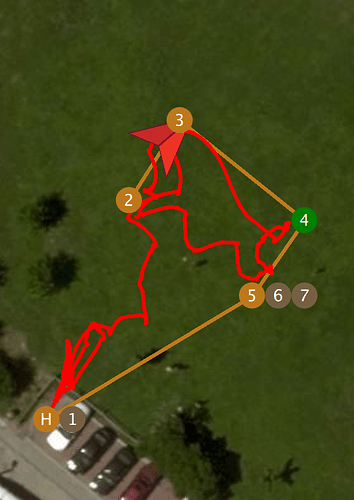 When I first saw this behavior, I figured it was navigation tuning, and tried to adjust the L1 tuning. But this has almost no effect, and it occurred to me that it was a more basic problem with the mag.

One problem I thought it might be was an orientation problem, but the edge and GNSS unit are both facing forward and the arrow on the map appears to be facing the correct direction. I also wondered if it was a declination problem, but I checked the auto-declination value and it was VERY nearly the value I looked up.

I suspect it is an emi problem, as the rover is a big metal frame with powerful motors. The edge is in a box directly on top of the rover and the edge GNSS is mounted a few inches higher on the top of the box. The emlid itself does not have an internal mag, right? So there is not a mag in there that I should be disabling. There is just the two mags in the Edge GNSS. I know one solution to emi would be, then, to move the GNSS unit up and away from the motor wires. Though I am loathe to do that because it would be hard to do that in a rugged way that was not prone to breaking while moving this very large and heavy machine around when not in use. The motor wires are also, unfortunately, not twisted, so I could also remove all the cabling and twist the wires to try to cut down on the size of the generated magnetic field.

But before I do that, I would love to be sure that the problem is, in fact, magnetic interference. I can’t seem to get the compass mot program to work in qgcs and when I connect to mission planner, the compass mot also doesn’t work, I suspect because I am connected via wifi and not via a cable?

So Im looking for suggestions if there is any other cause that I could be missing before I start moving the GNSS placement or rewiring the motors to twist the wires.

sure. just finished downloading it.

please let me know if that link doesn’t work.

I’ve looked into your logs, and it’s more likely you’re right in your suggestions concerning magnetometer. I recommend you to raise your Edge GNSS on one level with Reach RS+ receiver. Please place it on any dielectric plate.

Just to be sure, have you configured PIDs?

I also posted over on the ardupilot forum and Randy Mackay got back to me and suggested it was a steering tuning issue and not a compass issue. I had started with navigation tuning because it was constantly starting off in the wrong direction, but, of course, I should have started with the FF steering tuning. I had not understood how fundamental that was for rovers.

When I raised the FF rate by the amount he suggested, it improved the situation dramatically. And then I did some more tuning of the FF and it seems like it is going to work right now, without doing a major shift in hardware location or rewiring. See the screen shot below. As I raised the FF rate (to 1.45), it started making straight lines between waypoints. This was all with the Edge GNSS and not the Reach RS. 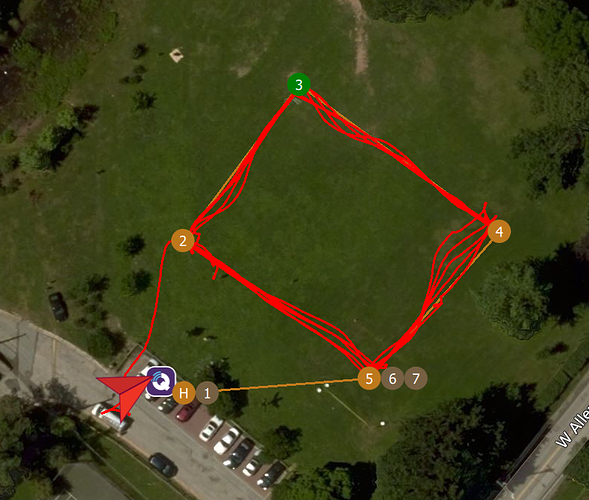 The result looks good! Glad to hear you resolved it