Does Reach get fix quicker when always active?

We are using the RS+ as a base and the M+ as a rover on a drone. The base is connected to a laptop through the USB port and shoots corrections to the rover via a custom telemetry unit. The system is currently designed so that the rover is powered on by the drone’s batteries so it turns on and off each time we switch batteries between missions.

Right now we need to wait at least 10 minutes after we power the drone to get a fix and it is impractical for any kind of application. My question is if we power the M+ with an independent battery, so it always stays active, but stops receiving corrections during a short time (approx. 5 minutes) while we switch the batteries, will the fix come quicker once the corrections start coming in again?

Just so I am clear, both base and rover would always stay ON but the corrections would stop being sent for a couple of minutes while on the ground. I wonder if the fix will be quicker after we restart the telemetry and the rover begins receiving base corrections again.

Hey @podos. Yes the M+ should be continually powered or it will have to recollect enough satellites and then fix. It should still be receiving corrections while you are in between battery changes. Is it writing to something other than when the image is taken? I’m assuming you are tagging the images real-time. How do you ensure that all of the tags were created in a good, fixed condition?

Hi @chascoadmin, we are not using the reach to geotag images we want to use it for real time RTK navigation. We can’t keep the corrections going during battery change because the radio that transmits them is linked to the onboard computer and cannot be powered independently.

By always powering the rover we save time because it does not have to reboot with the drone but I wonder if the time to get a fix from a float status will also be quicker.

Seems you just need to have a separate dedicated power supply to the M+ so there is no loss of FIX?

but I wonder if the time to get a fix from a float status will also be quicker.

Well, yes, because you dont break by rebooting in the first place

Power the M+ with a battery small enough to power it for a couple of hours.

As an added bonus you might also see less cycleslips during your flight, because of the M+ receiving less noise from the aerial platform circuitry, that it is not electrically connect to it.

I’m not quite sure what radio you are talking about here? The base transmits the corrections, the M+ receives them and can be powered by a standalone power source and the corrections and reception will continue indefinitely. I was assuming the M+ was providing the position to your telemetry unit. Are you talking about another piece of hardware that is somehow receiving corrections and passing them on? Augmented GPS solely for navigation is not really my realm so I am anxious to learn more!

Our telemetry link is used to send commands to the UAV (start mission, RTH, abort, etc…) and to receive real time data like position, battery % and all relevant flight data. For RTK the base does not send corrections directly to the rover, it is connected to the laptop running the mission software and this laptop sends corrections through the radio link, same way as it sends commands to the UAV. We work this way because our radio has more range than the reach LoRa and we prefer running everything through one system.

The onboard radio is powered on when the drone is turned on. I know it would be best to find a standalone power source for it but it would require a complete overhaul of the system’s architecture. We are hoping that leaving the rover active will accelerate time to first fix when corrections start coming in again. We will be testing this in the coming days.

Would re-engineering the power distribution be out of the question? I think that looking at the switching of the power would allow them to work independently. These are the batteries we are running with the M+ Tuffwing setup.

Believe it or not I also built a standalone kit for a Yuneec H520 that can easily be removed and used as a rover. The battery on the bottom is a standard 5v “credit card” style with the micro-usb connection. 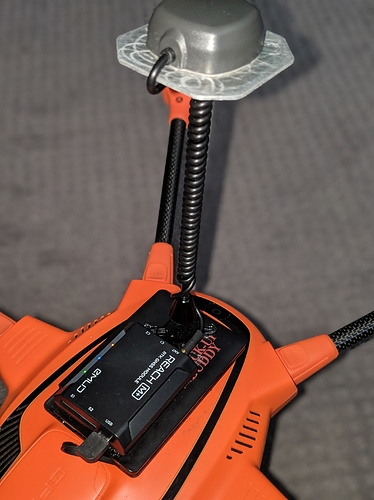 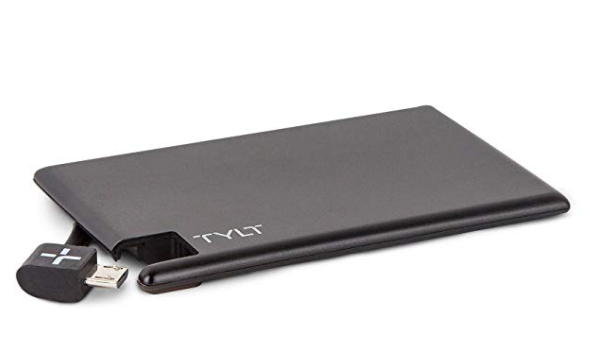