How to center and level reach base-station above a point? Hardware integration

Hi, i am not sure what height you need to work the ground, i use a C-stand with a long telescop pole like this http://kaffebrus.com/produkt/bomstativ-inkl-sandsack-enkel On the end i have a clamp like the picture below and some DIY vertical blumb.You can get this clamp where they sell photogear. Not sure i even can call this a beta

but it works. Link to video [image][image]

This are the things i uses, including some nuts and bolts.
-A broom from my boat
-Rowling from the same boat

1.I drilled a hole in my current pole used as rover
2.Fittet the rowling with bolt to the pole
3.Chopped the end of the broom (which was a mistake as i had to see inside it, i have no idea why when i think about it . I had to fit a bolt in both ends so the inner pipe wouldnt slip off the outer casing) This is a flexible shaft rotating around its own axis and the rowling provides the second axis.
4.Thats it. I fixed it to a C-clamp on a tripod i used for potographing just to show you the gravity doing its job.
Tested it with a vertical laser and it did well. Gravity is awesome.
With a longer pole for the rowling shaft, you could use a bipod to support and have the rover hanging over ther point you need to survey.
I problably need to fit a new holder for the rowling as it has been chopped of and i need better solution for this,

Enjoy. And i hope this give you an idea for your own gear.
Here is link to video 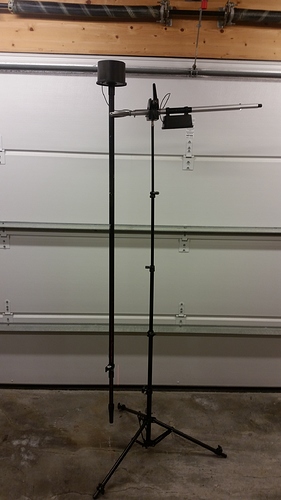 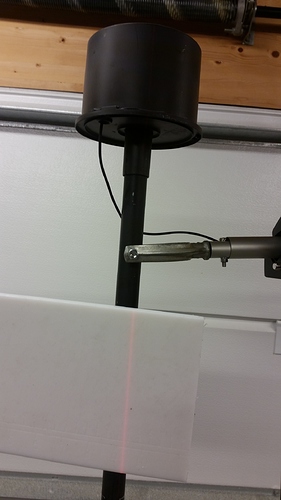 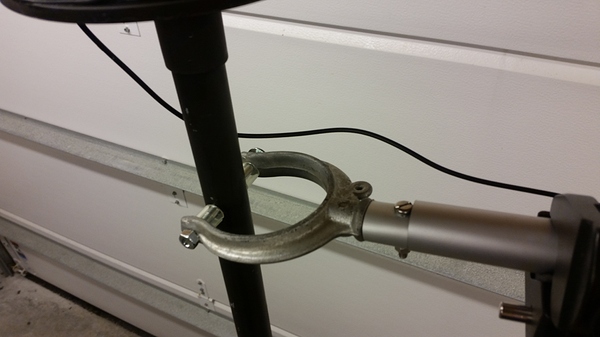 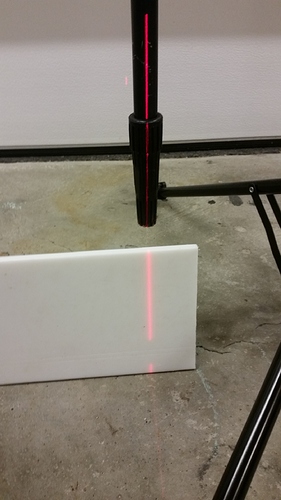 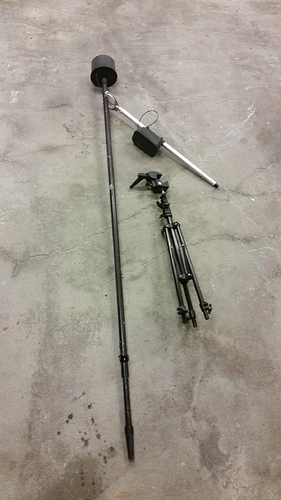 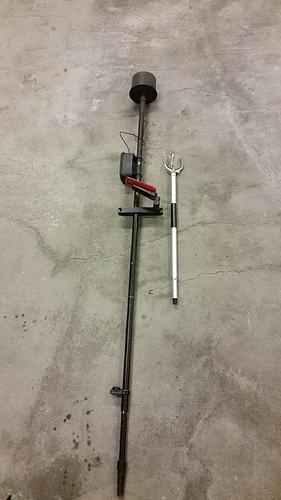 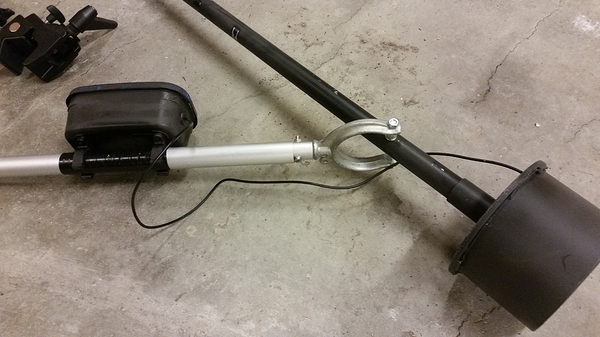 A special thanks to the leftovers, may it rest in peace or used by a small person. 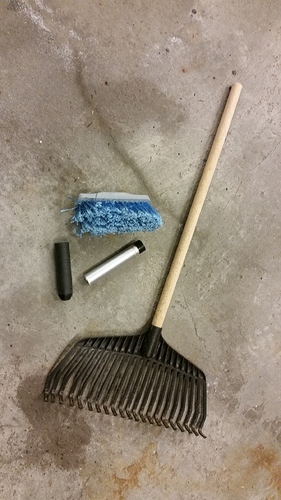 How you fix pole with antenna in case of strong wind, for example?

An interesting idea in theory. What actually happens in gale force winds? Who knows! (until @TB_RTK posts the video!)

Good question. I guess i wouldnt survey it if i didnt have a way of securing the rig and to keep it steady enough for the measure to be accurate.
But a team of two, one mowing the rig around and the second reading and steady up the bubble at the bottom of the pole would be a way for this cheap setup.
@bide