I post processed my rover with different positioning mode, and got different result. This is the picture 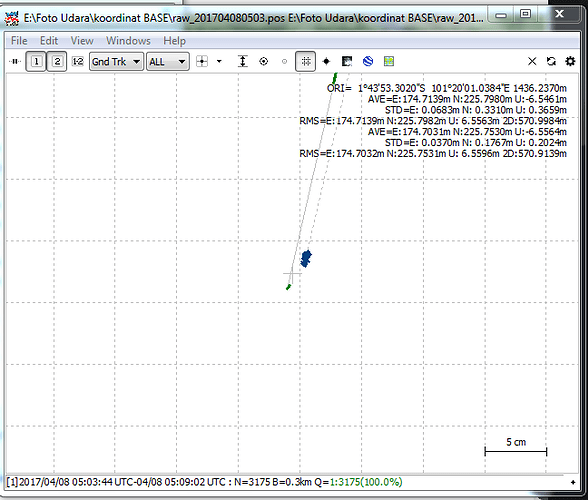 And one more the, which one is the true result?? 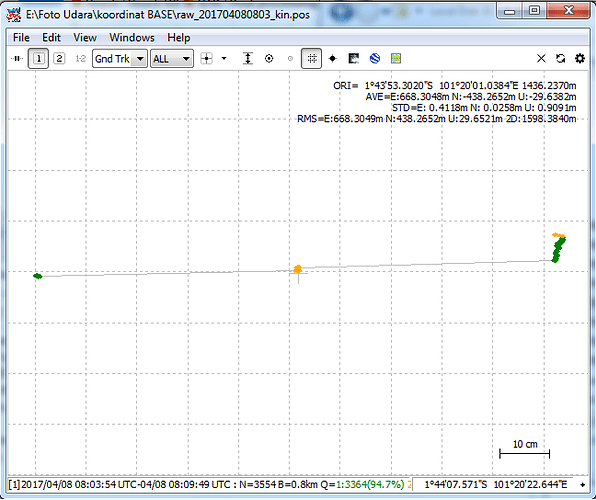 This is the file https://drive.google.com/file/d/0B4NFPYGvPmMvZWRqd0hUc2pTdTA/view?usp=sharing

I got the same on both. Even the same result when changing kinematic and static 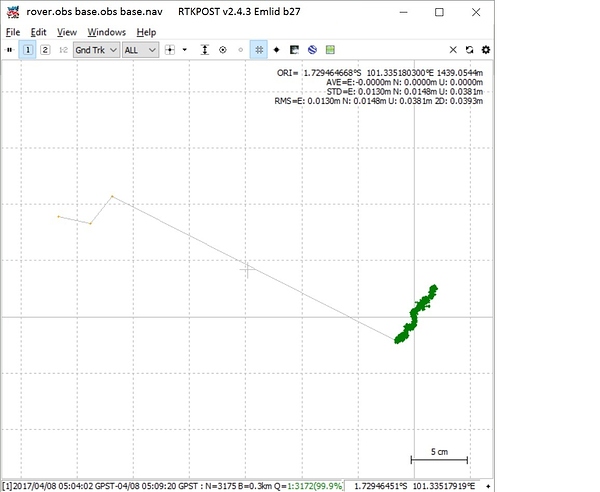 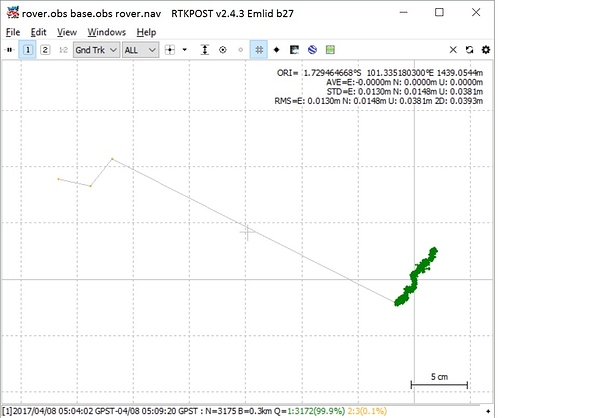 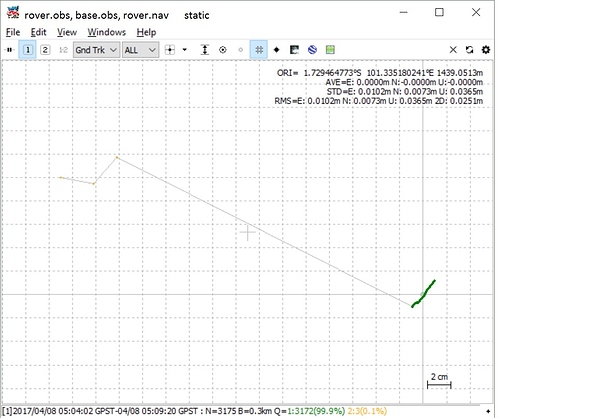 I think your config.is messed up or bad/wrong configuration. Delete it and try again
Used emlid b27 and got 4 of the same. Got possibly get better fix with some tweeking
Kirim to the left and Kirim1 to the right. Bottom pictures in kinematic and top pictures in static. 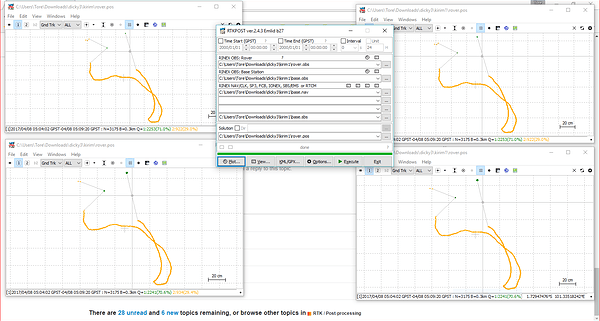 I use these settings, don’t know what is wrong ? Any suggestions ? 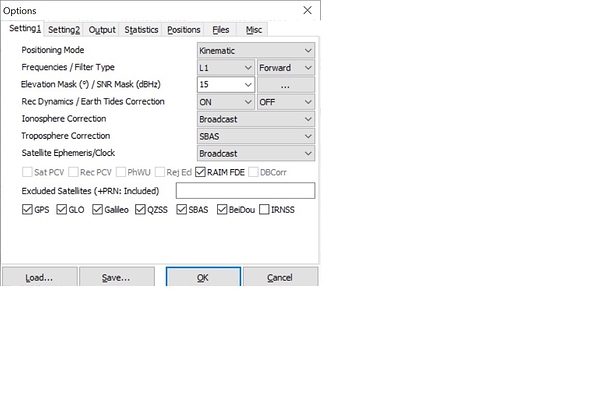 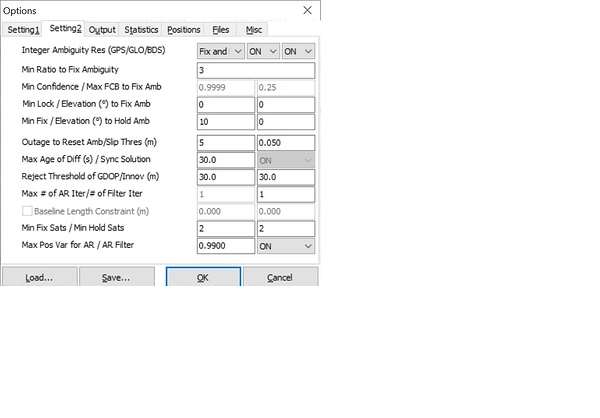 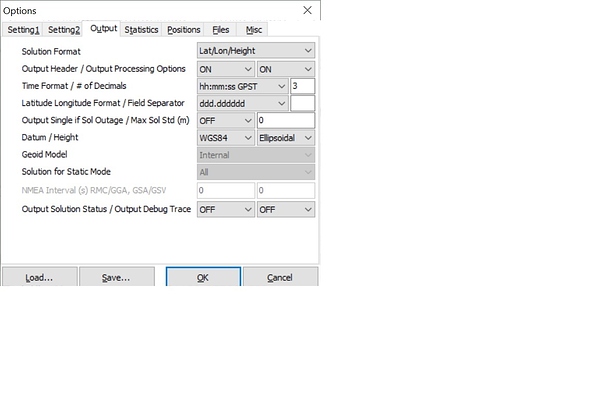 Thank you @TB_RTK and @alujoe, I will try rtklib from emlid. Where to download it?