Could the Reach RS battery be charged with a mobile phone charger?

Could the Reach RS battery be charged with a mobile phone charger?

I use mine. Its a Samsung that handles up to 2 amp. I think RS use 1amp draw

The same goes for me: a 2 amp Samsung charger.

I also use a powered USB hub, and one port on it has a 2 amp capability and is designated for charging.

It was designed to be charged that way

Is there an estimate about how long the battery takes to charge? I had one of the units plugged into to the wall via an ipad charger and it only charged to 46%. As soon as I plug it in to the wall the lightning bolt icon appears next to the battery icon and the charge reports 100%. I see the following 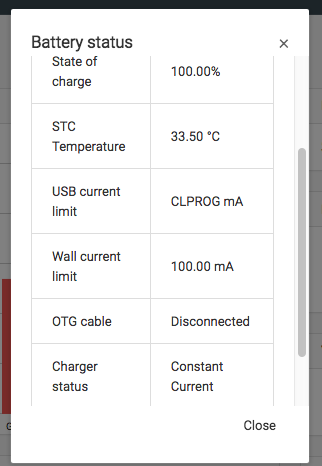 . The other unit reported 98% charge overnight but when I left it turned off for two days it now reports 76%. I wonder if it is a problem with the batteries in my units or the software not reading the state of the charge properly? This second shows the following when I plug it into the exact same charger (same cable, same wall plug). 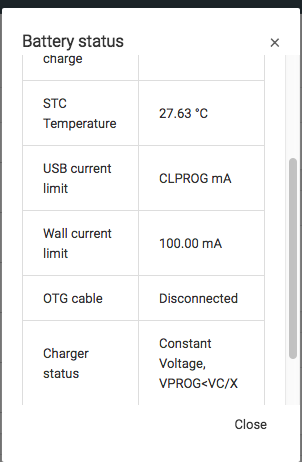 Which of those two messages for charger status is correct for when it is charging?

You can’t actually measure how much life is left in this type of battery, so basically the state of charge that we see is an educated guess based on certain factors.

The chip that measures state of charge may have gotten confused for one reason or another. You could try cycling the battery by leaving it on until it dies, and then charging it fully. That way it has an opportunity to re-learn what ‘discharged’ and ‘charged’ are and give you better estimations.

You could interpret the charger status messages like so:

Thank you very much for the clarification! I’ll try to cycle the batteries in both units.