I am looking to mount the REACH and an RFD900 radio inside a housing and use bulkhead connectors on the housing for plugging in the antenna and radios. I am looking for the appropriate pigtail connectors. Has anyone done something similar or can someone recommend an alternative. I believe the connectors I would need are RP-SMA female - male for the radio and MCX female - male for the antenna. Thanks for any assistance.

Thanks Igor. I had been hoping to find something cheaper, but I guess Digi-Key is about the best solution. I just ordered 6 cables (2 for the gps antennas and 4 for the radio antennas) for a cost of about $110 Canadian.

MCX male to whatever you need in bulkhead for the Reach. SMA is what we use. Just be careful as RP SMA is an FCC WiFi requirement and very easy to mix up. We use SMA for GNSS and RP SMA for WiFi. Not sure what the RFD900 uses. 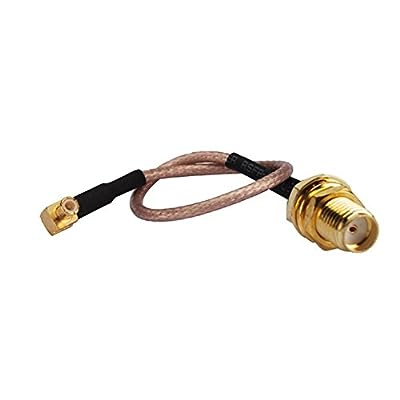