I’m trying to build from source on the raspberry according to this guide: https://docs.emlid.com/navio2/common/ardupilot/building-from-sources/

I have followed the guide completely but adding git submodule update --init --recursive since that is the only way to make it clone the pymavlink submodule too under modules/mavlink/pymavlink.

I run the Waf build process exactly as the guide says but I get this build error around halfway through: 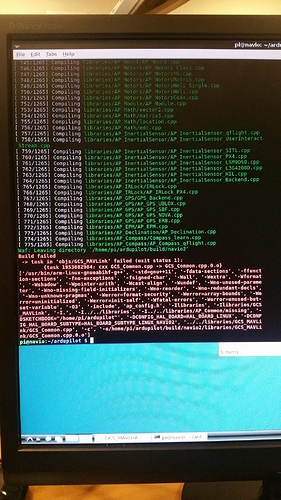 My goal is to modify the ArduCopter firmware to add a new Mavlink message and then modify one of the flight modes to include a new controller to position the drone based on data given from an object detection code to the flightmode using this custom message but I need to be able to build it first.

Any help is appreciated!

Well I installed future again even though it was already installed and ran the update submodules again and it worked. Would be nice to know what went wrong though