Around the World: What Is Brazilian INCRA Certification

Users sharing the peculiarities of their country’s survey policy

Cadastre and survey governmental policy is quite an interesting question. Even if it doesn’t sound very fascinating, there are different regulations and peculiarities in every country. Some of them are curious, some of them are odd, some of them are simply different from others. Let’s have a look at Brazil and its singularities.

INCRA and Certification of the Land

In Brazil, the law states that every rural property has to be certified by 2025. The rural land has to be professionally surveyed and then registered in INCRA – Instituto Nacional de Colonização e Reforma Agrária. INCRA is a government authority responsible for the recent land reform. It issues a certificate on the land and keeps all the georeference information about it in a database. 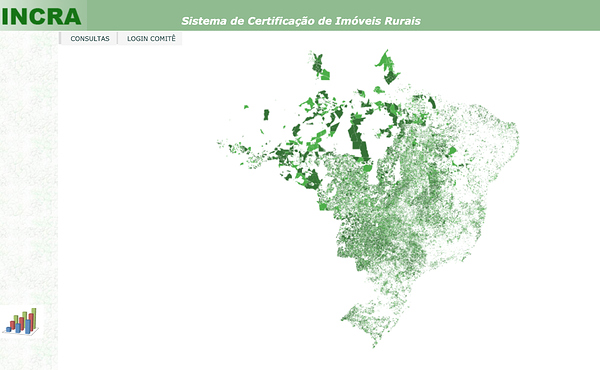 These measures are taken to prevent land theft, which is quite common in Brazil. Also, it regulates the process of leasing and purchasing Brazilian land by foreigners.

How to Get an INCRA Certificate

To get the land registered, it has to be surveyed by a professional. Our user Rafael Scopel de Lima works in a surveying company Sobrado Cambará Topografia, and he’s working with the certification of the land a lot. He shared the workflow details with us.

“Legislation requires the professionals to survey the entire area, create landmarks across the border and register all the information in a database available to all professionals in the field.” 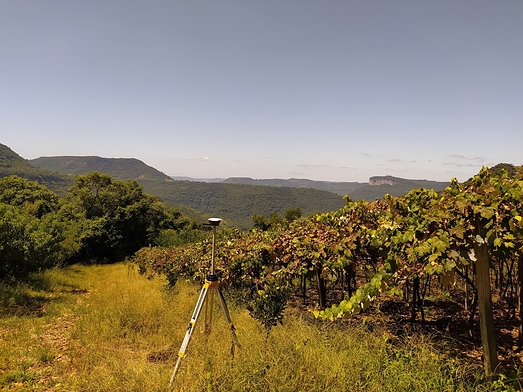 The next step is creating a detailed map of the area. The pieces of registered land then form a database all over the country.

After that, the surveyor has to set the landmarks all across the certificated area. The whole piece of land is then surveyed again, this time with landmarks on the map.

How Accurate the Survey Has to Be

Given that in Brazil’s rural land the borders and survey conditions can vary greatly, it affects the required accuracy and precision. For surveying, our user used the single-band Reach RS+.

Despite the trees and forests in some of the areas, Reach RS+ still had a stable fix and provided the user with the required precision. Using the PPP for the base solves the trouble, says the user. If you’d like to find out why trees could be an issue for a single-band receiver, check out our single-band VS multi-band article.

One border is easier to survey accurately than the other – this is the fact that INCRA takes into account. Say, if your border with the neighbor is manmade, e.g, a fence, the accuracy has to be down to 0,5 meters. However, a less accurate survey is allowed, when the border is inaccessible: the middle of the river, canyons or extremely dense forest.

The more we learn, the more fascinating the differences we have become. We bet you have some interesting facts or peculiar moments in your law or workflow. Share them with us in this thread and get your story featured!