First and foremost we’d like to thank you all for your awesome Navio projects.

Today we want to let everyone know that APM has reached the new milestone, i.e. Release Candidate 8 (rc8) that includes various improvements (vs current deb package version) that affect Navio.

There’s a bunch of experienced users on this forum and we’d like to hear your suggestions and bug reports. Although this is not a final release, we suggest you to test it either way. The Navio related code is pretty much stable now. We really encourage you to flight test the new code and let us know if anything’s wrong. You can also skim this thread which contains a ton of useful feedback. It’d be terrific to use the thread you’re reading right now for reporting Navio related issues.

The most important changes are:

The RCInput rework must make the FIQ USB driver work now (devs only. USE WITH CAUTION).

As soon as APM 3.3 comes out, we’ll update the deb package. For now we suggest you to use the beta builds or compile the code using the appropriate Copter-3.3 branch.

very good news, I have this release in my pixhawks, and is really good.

Ok thanks, i will try today

We’ve updated our repo and now navio branch is in sync with diydrones/Copter-3.3. We’ve also added a new experimental feature in navio-experimental branch on top of diydrones/master. The feature adds support for hostname resolution.

From now on one can launch APM like this:

I must repeat once more that this is an experimental feature. But I do think that since it’s anticipated, it’ll soon make into master. The more feedback we get, the sooner it’ll get there.

And I’m surprised with results. Really, really good (for me :) ).

Telemetry over 4g works fine too with Mission Planner.

My motors are very “strong” but I never flew with so strong wind,
attached only I short video in stabilize mode….very good flight even with strong wind.

Congratulations, this new release looks very good for Navio+ board. 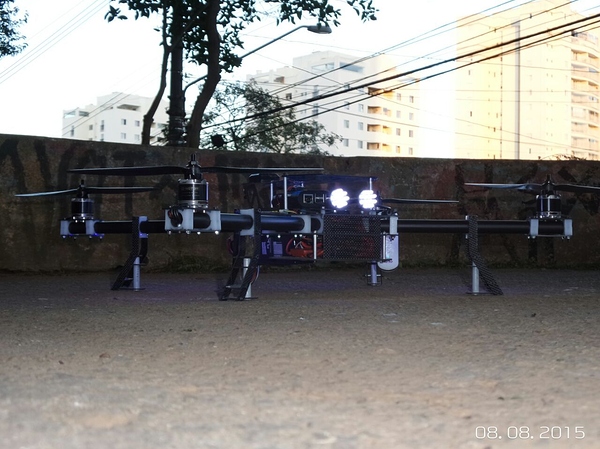 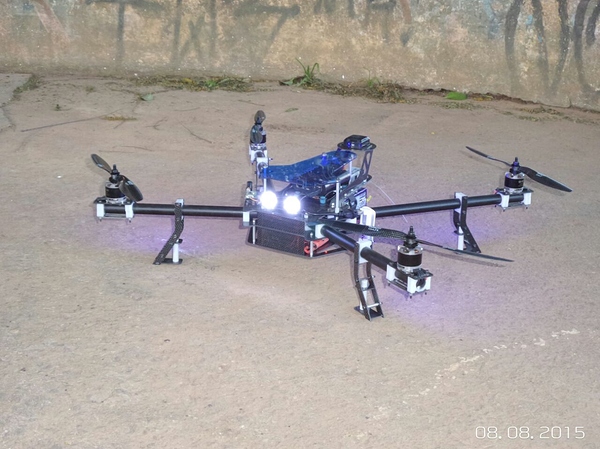 Hi there,
I was not testing now (maybe later), but does the new implementation of RCInput support SBus?
Theoretically it should, because the functions for evaluating the signal is within RCInput in AP_HAL.

Even though RCInput can handle both signals we can’t sample s.bus over the DMA.

I like the current state of the branch a lot.
The hostname resolving feature is a nice addition.
Will test it on the big copter when completely successful on the small one.
Was also thinking whether it is possible to test the firmware with a tracer.
I guess I will try to build with e.g. valgrind support.

Was also thinking whether it is possible to test the firmware with a tracer.

Yeah, that’s definitely possible! valgrind is really heavy on CPU, though.
I got pretty neat results with perf_tools a couple of months ago. I encourage you to click on the link! I personally think this kind of low overhead analysis is incredibly awesome and darn gorgeous.

The hostname resolving feature is a nice addition.

We’re looking forward to your feedback!

I think debugging/tracing and logging is one of the biggest advantages of Linux in comparison to Pixhawk/APM2.
Additionally, one has access to all higher level libraries in the world.
Unfortunately, the ArduPilot library has to be completely backward compatible with (old) platforms.

Hi there,
I was building the whole library again with my cmake scripts and the compiler complained.
I don’t know exactly which flag at which point is hiding the errors in the AP build system,
but the pointer to int conversion would lead to problems on some platforms (and in my case build errors).
I wrote a small commit using the standard intptr typedef. I would suggest to get this reviewed.
I know it is likely not that important for 32bit ARM, but platforms may change later.

Can you explain I little bit more “noob” driven?

I running rc8 release, I have to upgrade or change anything?
Because this next weekend I will do lots of tests, and I would like to test the latest release version

how can I reset all the APM parameters ? and what’s de procedure to install a fresh copy with standard parameters?

No need to upgrade, I don’t even know whether commit will get accepted.
It will have anyway no influence for the users.
The commit would be important for 64 bit platforms as the current code looks like it will only work with 32 bit systems.
I overlooked that earlier. I just replaced the type conversion to be general working on any system.

I’m trying to use 3.3-Rc9. A google search suggested I update libc6 but it’s already the latest version. Any ideas?

Yeah, thanks for reporting! I always compile APM from source. That’s why I haven’t spotted the error.

I’ve come up with a kinda dirty and obnoxious hack to get us going until the daily build on the build server is fixed. These are steps:

After it’s done upgrading the libc version will be 2.19. After that you can safely launch APM.

CAUTION: it may break something

Thanks a lot for your feedback once again. I wanted to let you know that the rc9 has been released as @robertb had already said above. We’re waiting for your new comments!

Thanks a lot for the Developers from Emlid and APM, really a very good combination.

Are there instructions on how to load the test versions onto the raspberry pi and how to delete the old version I’m currently using?