I just wanted to share my experience for any Ag Leader users out there. I am feeding an Ag Leader Integra with an Ontrac2+ electric steering unit with an RS2. It took a day or two playing with settings to get things working. I’m steering now with the RS2 but I do need to be moving 2 km/h or faster to get a speed/heading rate to show up on my Ag Leader screen. For my situation this is usable, but I can see where others would need that solution sooner. My steering unit won’t engage anyway below a certain speed so it’s not a big problem for me.

The settings I used were 1 hz for GGA and VTG on the Reachview3 App at 38400 Baud Rate. This gave me a steady 5 hz rate showing on my Ag Leader Integra display for both Position Rate and Speed/Heading Rate, which is the same as when I use an Ag Leader receiver. Initially I had it set at 5 hz in the App and that was too much for the Integra computer. My Position Rate and Speed/Heading Rate on the AL display would jump all over between 0 and 20 hz in that case. It kept warning me my GGA and VTG messages were unstable set that way. Anyway, 1 hz setting worked fine for the RS2. It appears either GP or GN messages will work.

One thing that tripped me up early on was when sitting in place the AL display would not compute a position when the Ontrac2+ steering unit was active. If I switch to manual guidance (light bar), it would compute a position, but switching back to Ontrac2+ it would disappear. This was remedied by moving the tractor 2km/h or more. I do not like that anytime I stop I lose the connection to the receiver. Every time I have to hit ‘OK’ on my screen to clear the “serial connection lost” message. Once I start moving again I’m back in business and all is well.

I was cruising along from 8.5 to 10 MPH spreading fertilizer in rough no-till fields, usually 0" to 1" from my guidance line. I’ll try planting soybeans at 5-6 mph next. That will be the real test where I’m looking for RTK level accuracy. I made minimal changes to my steering settings. I feel like I’ll be able to fine tune it a little better than I could on WAAS corrections.

I am also supplying GPS to a Precision Planting 20/20 monitor for soybean planting through a splitter cable, serial to the Ag Leader, a 4 pin connection to the PP 20/20. This monitor would take 1 hz or 5 hz from the RS2 but refused to work at anything above 37800 baud. The Ag Leader would work on a higher baud but not a higher message hz rate. 37,800 and 1 hz was the compromise. It’s very satisfying to see “RTK” for fix on the PP 20/20 screen! It’s totally unnecessary to have RTK for this monitor since I’m just using it for mapping but we do run individual row clutches with a similar system on another tractor/planter combination on WAAS planting corn. If we can fix the issue of dropping the VTG messages I’d like to try it on that setup as well. RTK would be helpful there.

I am using free Ohio DOT cors for corrections. I used an old ATT hotspot with a tracfone SIM. I’ll try using the cell modem in the RS2 next. I usually received corrections on 18 satellites from ODOT. I believe they are supplying corrections now for all 4 constellations. Thank you taxpayers. 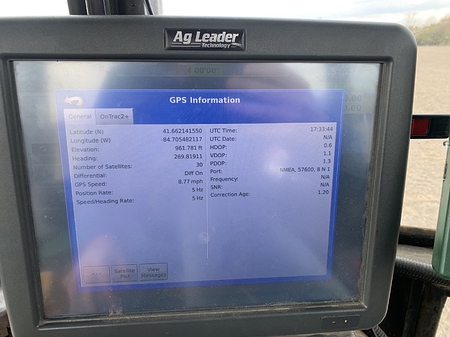 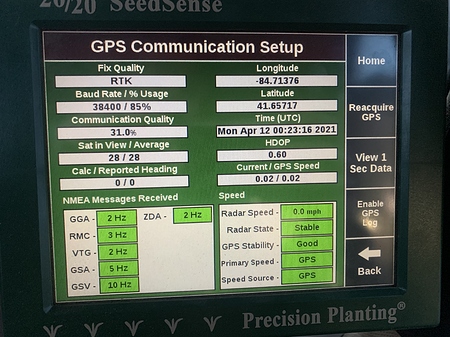 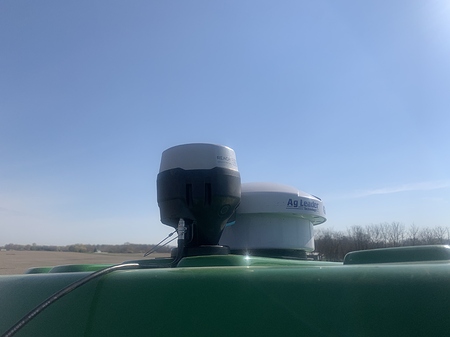 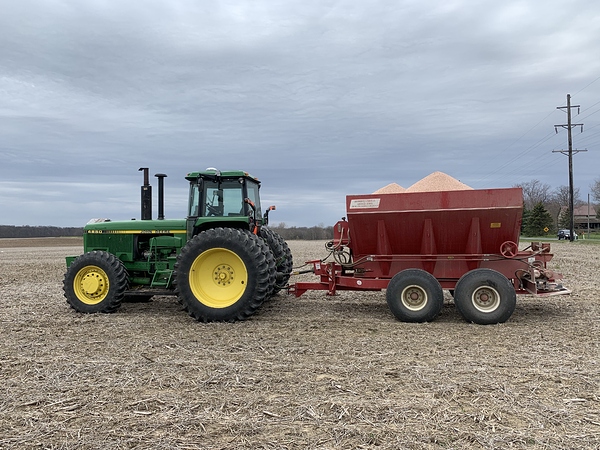 Where are you at in the Great Buckeye State Matt? I am up in the NW corner, small town of Delphos.

Little town called Edon northwest of you in Williams County.

Welcome to the forum! Hope you’ll enjoy your time here

Thanks for sharing your project with the community! We’re always happy to know how you integrate our devices in your setup!

Way to go, emlid has now been integrated into;

Hopefully it gives you results like it has been giving me. Nice to have an updatable RTK receiver for at least some Ag equipment.

Trimble FMX/FM-1000 and TMX/XCN-2050 for grade control as well. Sorry no steering due to the need of TSIP. Deere and Trimble use proprietary to steer where Raven/Ag Leader use NMEA.

I am working on it, lol

And Teejet Matrix as well! 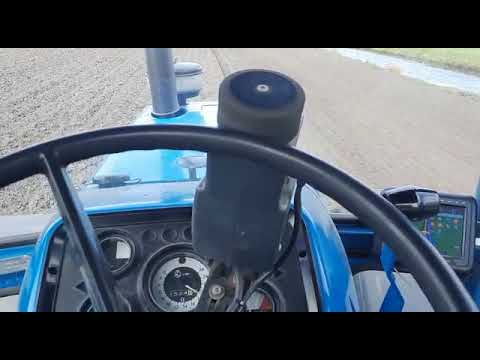 I always forget to say AG Open GPS is compatible as well.

Good looking soil. What are you planting, in your super straight rows?

Busy season right now. All my side projects are on hold till planting is done and as you know, Mother Nature dictates that.

Ive got a solid 30min on the weekends I can squeak an upgrade into. Luckily the tractor stays straight so I can keep up on forums

I planted barley, this was 2 weeks ago. I was there today to check, and the straight lines look great!!

Other than the time efficiency gains, machine wear reduction, and input cost savings of RTK. The aesthetic of the super straight fields is a definite added bonus! Love it too.

Hi Matt, i did this sort of thing a year or two ago here in Western Australia. We had the same sort of problems you wrote about. At the time we had root access and we manually copied the magnetic heading from one of the fields into another in the vtg string and this fixed the heading for us. We wrote to emlid asking about this problem and the fact that we can not fix it now since root has been removed We are unable to do it now. So we run the last version of firmware that does have root atm.

Well done on the integration by the way.

Ours was on old gear using the topcon auto steer and the old X20/X30 system that we also had issues with the $GN and the old $GP issue in the nmea strings that recently emlid fixed for us to cover older systems integration.

Thank you emild for that. But now we need help with the vtg string. I mean its such a small change to make it work for us and i requested this a long time ago.

I think the VTG issue might be causing my start of row wiggle on the trimble 150, it does not throw an error. But this is worth checking out.

I have to crawl into the row manually to keep it stable, possibly due to the blanked vtg.

After seeding yet more converter experiments…

But still the 150 never drove as straight and reliable as it does now, night and day upgrade using the M2.