Hey all! I’ve been having really good luck with PPK and the M+ drone, but wanted to start a discussion about the little tweaks that could be made to improve the results. I am averaging about 10% float with some being nicely fixed and some other missions being slightly worse. I have seen others get help on the forum that we’re having really bad results that some of the geniuses were able to fix. Are there any standard tips to take it to the next level?

Have you already seen our Understanding PPK solution and analyzing logs article? There are common tips on improving the quality of observation data and PPK solution here.

Are your floats consistent like start and end of log/flight or during turns? What constellations and update rate?

Do you know which events (photos) are float after processing? I bet you the model will put the floats in its proper place if surrounded by fixed camera positions. In other thread you say get about 12 photos a tie point so unless all float the ambiguity should be resolved in the software even with a couple bad apples. Post up your typical RTKPost settings or config file.

Thanks Tatiana. I’ve looked at it, but I am not that versed in the intricacies and newly made this post just to get the top two or three tips that people normally use. There have to be some pretty consistent conditions out there. I’ll continue reading that documentation.

Yep, 12 to 15 images per point is pretty typical for a normal mission. I typically run GPS and glonass, glonass AR on and enter my antenna heights, but I don’t mess with much else. The floats seem to be pretty spread out in small bursts so it’s not like there are just a bunch at the front or the end. I use 1Hz on the base and 5Hz on the Drone. I’ll load my last project and my current settings file later. Thanks!

He we go. The mission before this one was much better so without knowing any secret tweaks I just let these be what they are unless many of the events hit floating areas. I use GCP’s so I’m not super-worried, but it would be nice to feel confident that I am getting tight maps when I don’t have the opportunity to use GCP’s. Thanks again!

You nailed it right there

The article linked up above mentions Elevation Mask and Minimum SNR (this one is an array of values). Those are the first ones to play with. Another one for troubleshooting is changing Ambiguity Resolution settings, and you can always disable certain constellations and see if perhaps a bad satellite was throwing you off. (You can disable individual satellites too, but that becomes a lot of trial and error work.)

Oh man, I didn’t even think about trying the Mask/SNR after the fact.

It looks like I can change the SNR independently, but not the Mask?

I only run GPS and GLONASS so even though the GLONASS might not be spot-on wouldn’t the overall result be more accurate?

It looks like I can change the SNR independently, but not the Mask?

I only run GPS and GLONASS so even though the GLONASS might not be spot-on wouldn’t the overall result be more accurate?

It is supposed to be. But if you have a strange log that should be processing better, try disabling either Glonass AR or Glonass altogether. This is not what one should normally do, just something to try if the processing isn’t working as good as it should be.

You can also move from Fix-and-Hold to Continuous (you will certainly get less fix), but then you will have a better view of the ‘bad’ parts of the log and gain an understanding of what ‘fix-and-hold’ does for you.

Don’t forget to switch from ‘forward’ processing to ‘combined’ (forward and backward). This will close the gap between fixes by tackling the job forwards and backwards in time and combining them together.

That makes sense. I guess I would really need to shoot some check shots and be able to compare those values as I tweak the settings to see whether or not they were truly helping.

Simply going from my typical mask of 12deg to 15deg made a 4% improvement and then to 20deg only another 2%, but I fear that continuing to remove data will make the remaining floats worse. Where do I see the values of the float condition?

I can see just from the visual now that the stability was noticeably worse after the battery change. You can see where home was and the stop/restart then leading to more floating than the first half. 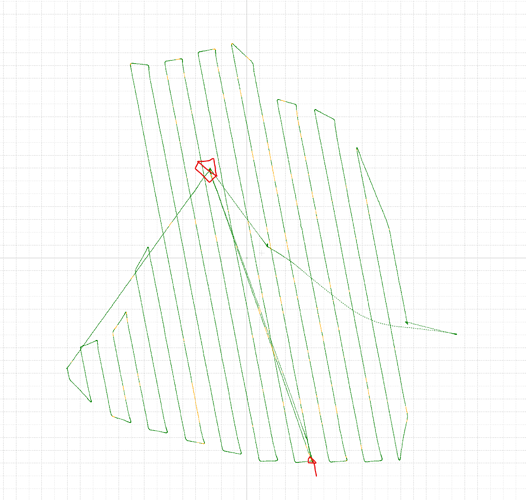 Simply going from my typical mask of 12deg to 15deg made a 4% improvement and then to 20deg only another 2%, but I fear that continuing to remove data will make the remaining floats worse. Where do I see the values of the float condition?

The higher the mask, the less satellites at low elevation with low SNR, but the your DOP increases at the same time because of poorer geometry. It is a slippery slope, this tweaking

It almost looks like RF interference the way the float comes and goes. A lot are groups of two floats together. Very strange.

I really don’t have time right now, but I am too curious. Will download your logs…

Yep, this is the area that I have the most trouble with GLONASS so I am going to try turning that off next. I have never paid much attention to this view, but it’s pretty cool. I can see,

I wonder if hovering for a few (30) seconds would help the result on the back end? Although, most of my results are better than this so it may just be the area. We’ll se what GPS-only looks like.

I agree. I think you have a good GLONASS jammer near your base station:

The rover is picking up GLONASS better, but still not as good as it should be:

Dropping GLONASS (running GPS only) dropped the floats from the original 16% to 4%, but what is the opinion on “better” result vs less geometry?

What view are you looking at there?

The reference went over my head.

What view are you looking at there?

I wonder if the GLONASS interference is coming from your own equipment? How close are your RF transmitter(s) to the base station?

The reference went over my head.

Lol, as in Dems blocking the Russians… Austin is a blue town in a red state.

I try to keep my base at least 50ft away from anything at all times, but maybe further? Also, I think I will try running more constellations next time so I have some options. At least when I am out there. I wonder if being close to the lake has anything to do with it? 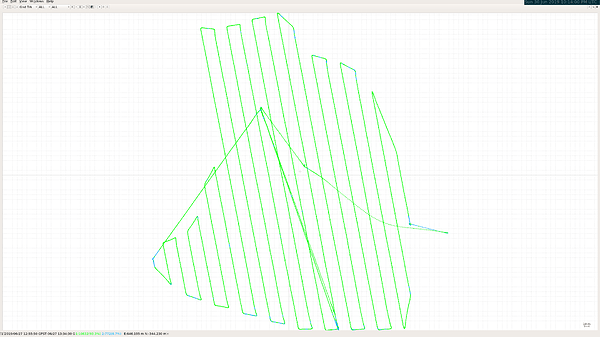