Today we went out to the fields to test the parachute deployment configurations in our test quadcopter, of course equipped with the Navio. The parachute has 6m2 and is quite light and small when stowed. It is actuated by a servo that releases the stowing strap.

So back to our story, we went to fields. In Portugal it is normally very hot in this time of the year, and there was a fire nearby with the wind blowing in gusts, even in the early morning where we expected the atmosphere to be mostly stagnated. Gusts and wind are not a good thing for parachute tests because they can take the quadcopter to the trees or send the quad flying away like a kite, with a strong possibility of tearing the parachute. Even so, as we had some friends who were new to the world of “drones” we wanted to go ahead.

The test quadcopter is quite small and underpowered compared to the large quadcoper we will fly so we were uncertain if it could lift all the the accessories necessary to test the parachute. We figured it would, but wth a small climb rate. We stowed the parachute on the underside, the place where we would like it be on the large model, and lifted off.

The climb was not so slow as expected and it was enough for it to become barely visible. The wind on the other hand was quite strong and our pilot, Pedro Alves had to fly upwind a lot: both to compensate the drift, but also to anticipate the drift the parachute would cause once deployed. With no warning he just cut the engines.

It was not so high as to be allowed a good free fall speed, so when for half a second no parachute was seen I involuntarily yelled him to deploy the parachute, even though I knew it was not his fault. It looked quite stabilized for a free falling rock. The Navio’s algorithms abandoned him in a nice state, pity the motors were turned off on purpose i thought.

Unfortunately, when falling straight to the ground from 40 meters high, it doesn’t really matter how gracefully you fall. You will hit hard. When I thought everything was lost at about 3 meters from the ground it starts rotating and what? A parachute is deployed. For nothing.

The terminal velocity was very high and Pedro was quite worried that we lost the Navio, the most expensive piece of hardware we had there. I must admit I laughed as I always do when we have a crash, because I know that it is a privilege of an engineer to be able to crash things and still take something back, namely fresh experience and improvement lessons. Besides nobody would or could get hurt and that is the single most important thing when testing.

The quadcopter did not fall far from the position where its engines were cut off, after all a rock doesn’t fly. But a rock with an open parachute, does. It started taking the quad in the air and we were scared that the bushes might tear the parachute. A short run was enough to catch the…remains.

The Navio still showed as armed in our Taranis, yes our Taranis now shows us that information, and Pedro quickly asked me to unplug the battery connector which I did. This is the most important thing to do on crash remains, even so be careful because if punctured, it will react with the oxygen in the air.

The result was, a broken quadcopter arm with a few scratches on the Navio case (proudly designed and printed by us) and some lessons:

Here are some of the pictures and a small video of what happened. Even so the story has more information than the video. Hope you enjoyed: 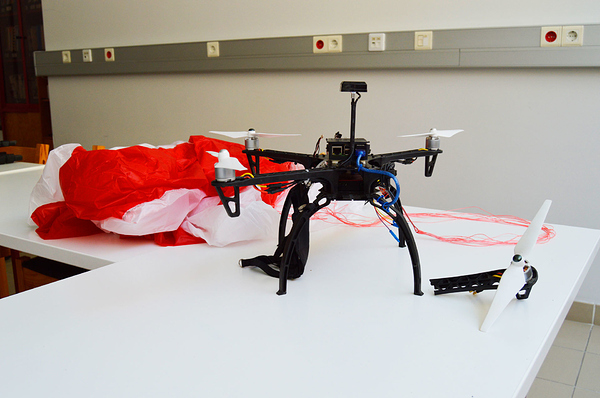 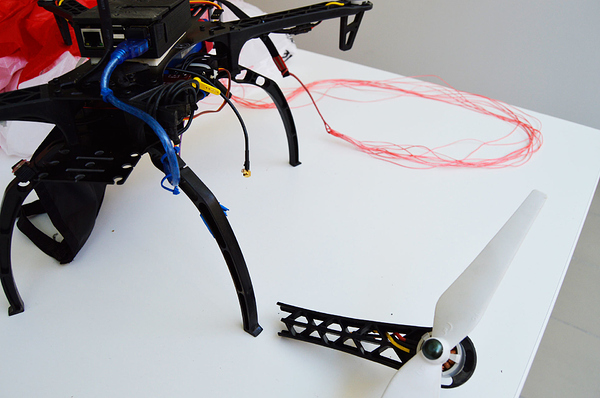 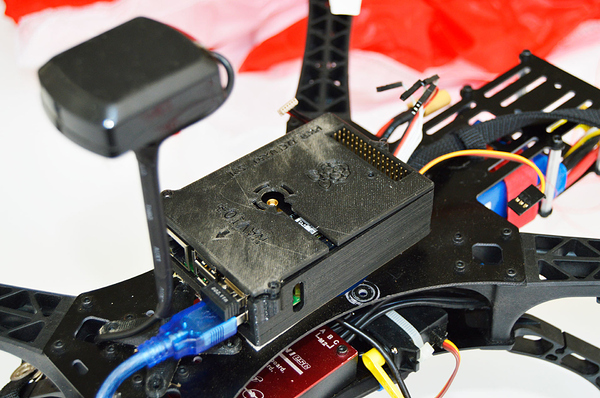 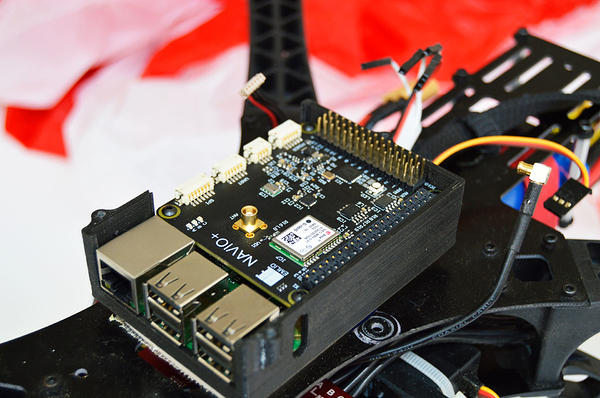 Great experiment! Hope that second attempt will be more successful:)

Thanks for your interest. We are waiting for the new copter arms. We will update this thread when they arrive.