And it´s me again.

Is it possible to connect the second GPS to one of the USB ports? I tried the “-B /dev/ttyUSB1” option, but that seems to disable the internal GPS.
I ask, because it seems my repair of the UART connector was not 100% successfull. The GPS gets no power and I can´t even measure 5V at the solder pads. I now took 5V from the SPI connector, but the second GPS is still not recognized in Missionplanner (I set it to type 1).

I used this usb gps in a project with the raspberry pi before: 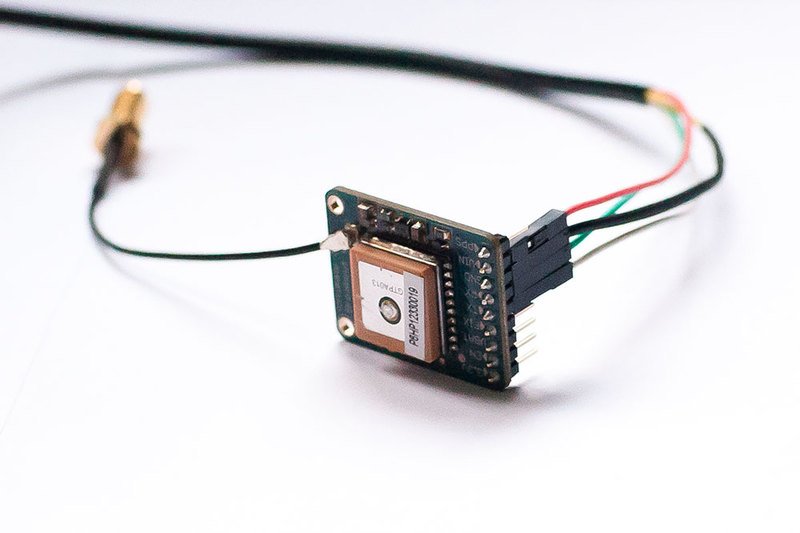 I forgot to mention, I am using the Navio with the APM firmware.
I connected one of my TTL GPS modules through a USB to UART converter.
I got it to work with the APM firmware, after I set the serial1 speed to the baudrate of the gps (38400 in this case). No autobauding here.

But it only works as single GPS this way, onboard GPS gets dissabled.

Sebastian,
Current APM’s Linux HAL does not allow for secondary GPS input (would be port -D probably), so you can either get internal GPS, or you can specify the -B argument and use the external one. I remember that when I used external U-blox module it started on 9600 and APM reconfigured it to 38400 by itself.

Ah ok, I saw your video of the successfull APM rover test and noticed two GPSs on the rover. That´s the reason I assumed it is possible.
My GPS module was running on 38400 baud and the serial port on 57600 and it did not work.
I checked the gps baudrate with u-center and set the APM serial port to the same baudrate and it worked.
I did a outdoor test today and it worked quite well. No weaving anymore, but the GPS is much less reliable, than on my copters or planes. It really jumps around sometimes, even with 11 or 12 sats and a HDOP of under 1. The antenna sits under the 3mm plywood body of my rover, could that be a problem?

Even wood in close proximity to antenna might detune it and decrease gps performance. Make sure that there is a gap between plywood and top of the antenna. It would be also a good idea to enhance antenna with a ground plane (70x70mm will do).

Gps is generally less reliable on rovers because of larger effect of multipath - reflection of signal from buildings.