Is it possible to share NTRIP corrections that one rover receives from the NTRIP provider and share them with another rover nearby over e.g. LoRa?

I have 2 Reach RS2 units. Can one RS2 rover get corrections over the internet from the NTRIP provider, and share those corrections with another RS2 rover nearby over Lora?
I ask this because the NTRIP services are paid per rover/antenna in my country, and if I can share, I will have 2 rovers working in RTK mode for a price of one.
I know that some other manufacturers have this, may I call it a repeater (router) functionality…
I hope Emlid has it, if not now than with a firmware update.

Anyhow, I got my units a few days ago, and I found time to test them in Base/Rover configuration using LoRa in the city with tall buildings, and I was pleased with the results and ability to get and hold FIX solution. (I have tested with base over known point and averege single for base coordinates)

I’ll try them using NTRIP over internet, and I hope that one can share with onother

Simply get the known point via NTRIP to the first base RS2, set those manually under base mode and then you can using that RS2 to send corrections to the second RS2 rover via LoRA.

There is a local legend about a large farmer near me getting slapped for this.

They put a Raven Slingshot cell modem from the dealer in the barn, hooked into their own data radio then rebroadcast to multiple units. At the time this worked, probably still does.

I am unsure if they really have a way to clamp down on it, but if you have a rover on 24/7 that never moves it might be a tipoff.

I think its easier to get your own base, unless you are truly all over the place like a surveyor. But then its the entirety of your job so a VRS subscription would make sense.

If you have a base, it can broadcast to unlimited rovers if you have the right data communication equipment. But you are still limited by your max baseline, and tolerance for accuracy.

But i really think Seth has the best and most honest workaround. Use the service just to lock in the local base.

Thanks for your answer. I’m a surveyor and what you said is true. I been doing it for years like that (base/rover).
I asked this becouse I want to speed things up and use 2 rovers at the same time, as I have a deadline.
CORS network base is within 20 km, so no problem about base line and accuracy.

In any other case I would do this job using one RS2 as a base (over known point measures using NTRIP network), other RS2 as a rover (reciving corrections from base ocer LoRa) to collect a few GCP and CP for photogrammetry and drone with M2 based rover for PPK the camera positions.
BUT, survey area is lesa than 1 km to country border and if I eaven get a premiaion to fly thete I will have to wait for the clearance at least 30 days, and than I can not.

This repeating option I saw working with other manufacturer reaciver, but of course price for it was about 4 times bigger than RS2. It is a better reciever, but not 4 times better! RS2 can do everything I need. Eaven paying additional NTRIP subscription for other rover for a few days is not such a big deal ($8 or 13$ per day depending on a provider)

Dear Friends
I managed to do something similar to what I wanna do. I just don’t know if it is correct. 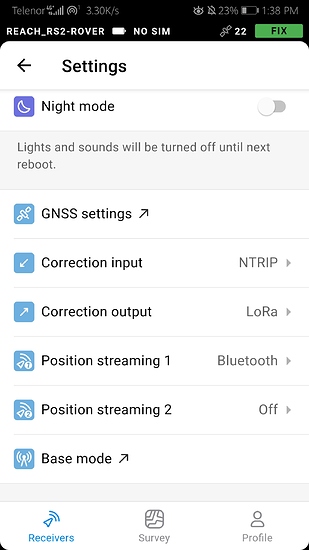 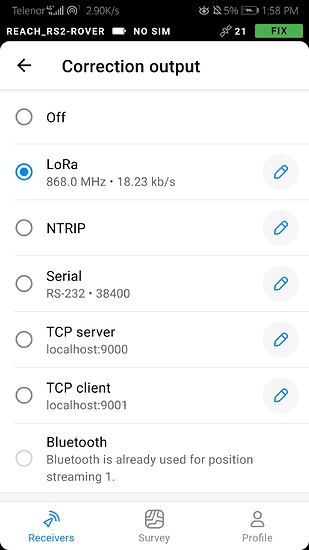 and Correction input = LoRa on “Rover 2” 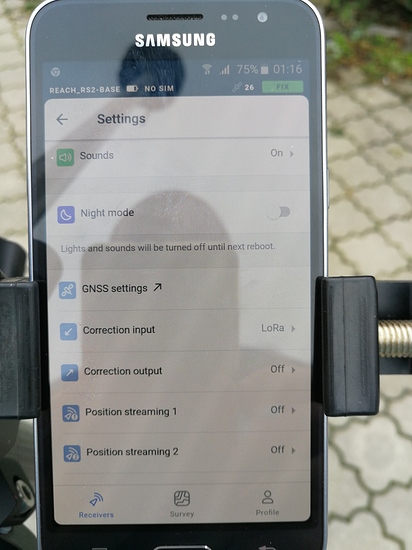 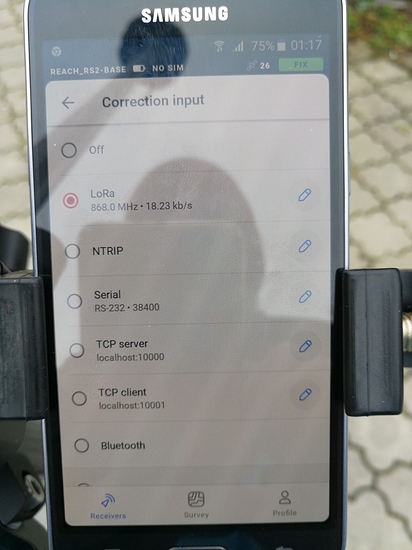 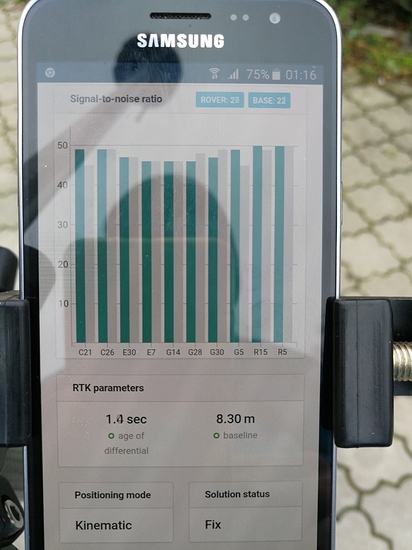 That bothers me a little. I don’t know if it can be a reliable solution or not.

I would be glad to hear your opinions and especially the opinion of the Emlid support team.

I will also ask my professor from college who is also the inventor-owner-alpha and omega of the CORS network that I used.

Best regards to you all!

Your first rover is considered to be the base, as far as the second rover goes, so I don’t know how reliable the RMS values are as they build on top of the RMS from the first rover. I’d be a little wary of the data as far as quality control goes.

Thanks for your request! At the moment, Reach receivers don’t have the router option.

In fact, the setup works just as Seth described. The 1st receiver becomes a base, and the 2nd one can operate as a rover and get reliable coordinates.