I am having an issue trying to access Reachview to set up a Reach RTK. So far, here are the steps I’ve followed:

2-a. Prepared the directory by placing files into it as follows: 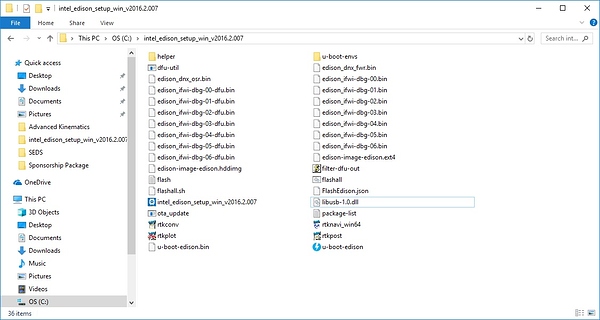 Try accessing the updater page on port 5000 and see what happens.
Also try to ssh in and see if that is working.

Hi and thanks for the advice, I appreciate it. Unfortunately the port 5000 option (I assume you mean appending :5000 to the IP address?) didn’t work when I tried it at the university, and at home I can’t even attempt it since the Reach isn’t connected to my wifi network and isn’t broadcasting its own hotspot. Briefly looking at the ssh option I would also need that to be connected to the same network so that seems to be out as well.

OK, then try setting up ethernet over USB.

Plug Reach into your computer or laptop, and see if you can access ReachView through the USB cable.

What operating system do you run? Linux?

When the reach is plugged into the laptop by USB, I am able to see it as a disk drive (wasn’t able to before firmware flashing), and as far as the connection goes, it shows up as “Unidentified Network, No Internet”. I work on a Windows 10 laptop

OK, well you need to set up NDIS if you have Windows 10. Search the net for those instructions. Set the address of your NDIS interface to 192.168.2.0/24 or similar because Reach assigns itself 192.168.2.15 and you want to make sure your NDIS is on the same subnet.

If that works, then search on how to share internet with your NDIS network, so that Reach can update itself. If that works, then maybe the software update will fix up the problem. Otherwise you are back to reflashing. But this time do it while booting from a Linux live USB stick or at least try from from a different computer.

Hi, having done some playing around with this and watch tutorials on the NDIS setup, I haven’t found any instructions specific to Emlid But I’ve tried the following:

Somewhere I must be misunderstanding this or messing it up, but I don’t know where. Is there a different driver I should be using to update, or should I be updating a different driver altogether? Also did I misunderstand what you meant about the NDIS interface address? I can’t append /24 in that window so I figure maybe it’s some other interface I should be changing. Sorry, I’m totally new to messing with NDIS drivers so I’m a bit lost.

I think it should work after that!

***nice set of screenshots and explanation by the way. That really helps paint a good picture of what you did

How long, approximately, did this take? It should have taken at least 5 minutes.

Hi again, in answer to efedorov, the flashing process took about 6 minutes and I waited about 5 minutes after that to be safe (the prompt says to wait 2 minutes).

Unfortunately the specific NDIS address suggested by bide didn’t help either (I tried a range from about 1 to 20 without success).

I don’t know if it helps with error diagnosis, but when I connect via USB, the drive for the reach has nothing on it: 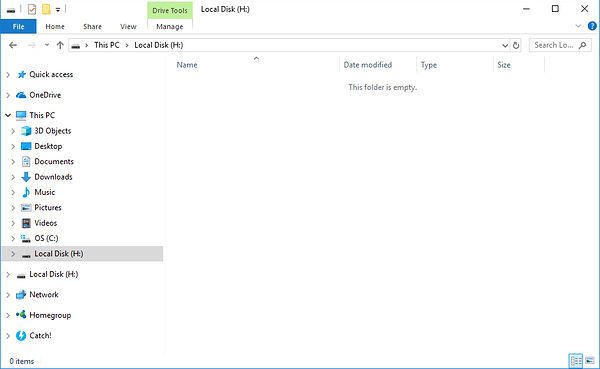 Thank you both very much once again for all your help