Sorry I meant the offset in the gimbal calibration, what if your gimbal is not looking/pointing straight down, but with say a 2 degree to the right, at 60m altitude, your GPS point will be 2 meters off from the center point of your photo. (60 x tan(2°) if I’m not mistaken).
How can we remove that error possibility?

Hi Jim, the critical factor is knowing where is the camera in 3d space when the image is captured. Not so much the exact direction it is pointing.

Hi Jim,
It is a good question and Dave is right. SFM really concerns itself with reconciling the 3d positions of the cameras and the image matches. Often over flat terrain I will fly with a deliberate 10 degree off vertical camera to put ‘tension’ between the images that cannot be resolved by loosely adjusting the camera positions it is the realtive angular triangulation between points in images that is resolved in SFM. If a point is directly below a camera, but you take two pictures of it one straight down and one offset by 20 degrees the relationship of the angles to another picture taken at another location doesn’t change.

It becomes an issue if it a constant offset irrespective of drone heading and speed, say you are doing the survey in a strong wind then the drone will be tilted in the same real world direction irrespective of course. This can lead to an image offset (over the whole image).
I counter this by launching from a GCP and spending a few minutes acquiring fix on that GCP before launching.

Looks like the P4 Gps is actually being covered to me. The legs hold the antenna, so i understand the shielding.
Is it interfering or are in disregarding DJI OSD coordinates all together (as you’re not needing them).
Want to try this on the Inspire 1 Pro systems but considering a 3d space as mentioned doesn’t look feasible for REACH placement.
REACH RS the only answer here?

Inspire 1, the only simple option is to use Pix4D capture and safe mode to ensure the vehicle is stationary(ish) for each shot and use the Pix4D log. I ave seen a 3D mount by @David_Leslie that might work with an inspire 1 and put the Reach antenna directly above the camera. On the Phantom the reach antenna is far enough above the P4 antenna (which is not high accuracy) that I get a 10-14 satellite fix and can use the DJI gps for autopilot functions.

The Reach RS is HUGE compared to the bare board Reach RTK, not sure what you are proposing for Reach RS as the answer. If you are happy with PPK, then you can use two Reach RTKs to collect GCP’s.

The Nose Cone of the Inspire 1 is empty and my thought was that you could arrange placement of a REACH RTK module in there. This would be “close” to 3d alignment with the X5 camera.
I WAS originally thinking one on the bird and one (not RS) on the ground as a base, using 3dr radio, cell internet wifi and a CORS connection to get real time RTK.
This would be used as a hover solution ie., N,S,E,W, and a NADIR picture all with RTK accuracy .
What do you think? Dennis Baldwin, on youtube has videos of a start of a project but not yet completed.

The antenna should be mounted above the blades, with a groundplane to reduce the multipath. The Reach Unit itself can go anywhere.

Having installed a Reach module on my Inspire1, and using pix4dcapture in SAFE mode, what is the easiest and fastest way to edit the DJI image exif data with the post processed Reach data?

I will be using Pix4dmapper to process images/job.

@Simon_Allen, not sure I totally understand, but: Did you write a script that looks at the time stamp of a photo, then looks up the position for that time in the PPK record and finally updates the photo EXIF location to the PPK location, info based on the time?
Because this is something I was thinking about, not for drone camera use but for a more efficient & user friendly workflow for surveying points out in the field, especially in cases where it’s difficult to have a good enough connection between base and rover to make RTK feasible.

Of course this requires time of GPS and mobile/camera to be reasonably in sync and/or a method of determining the offset between them.
For my use cases it would be acceptable to say that the rover has to be stationary for, say, 30 seconds for every point, which should make it a bit easier.

Is this (similar to) what you have developed?
If so then I’d be very interested!

I havent translated it yet, but maybe this could be the “new” release they keep talking about? 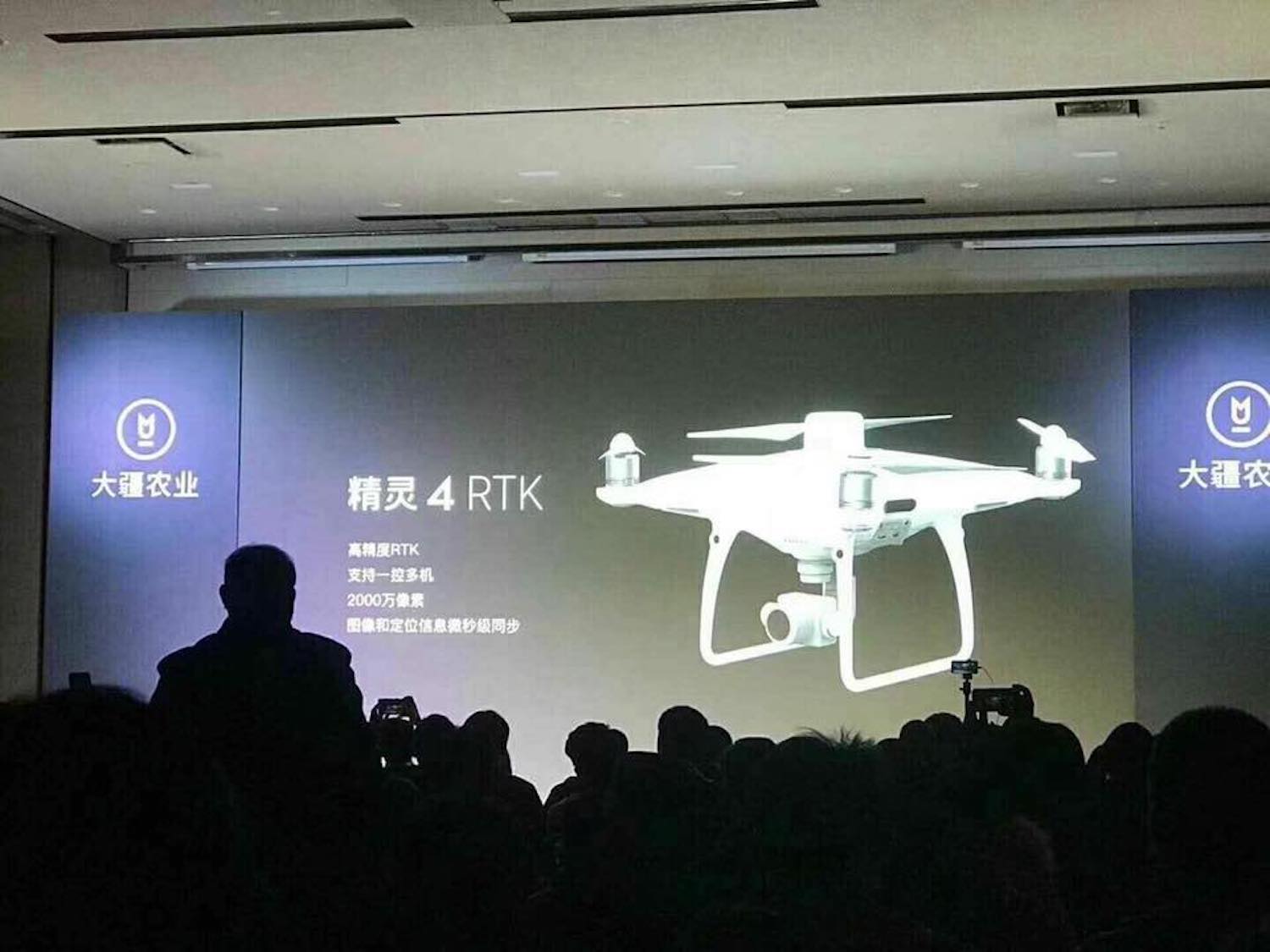 DroneDJ - Spinning news, information and reviews on the drone ecosystem 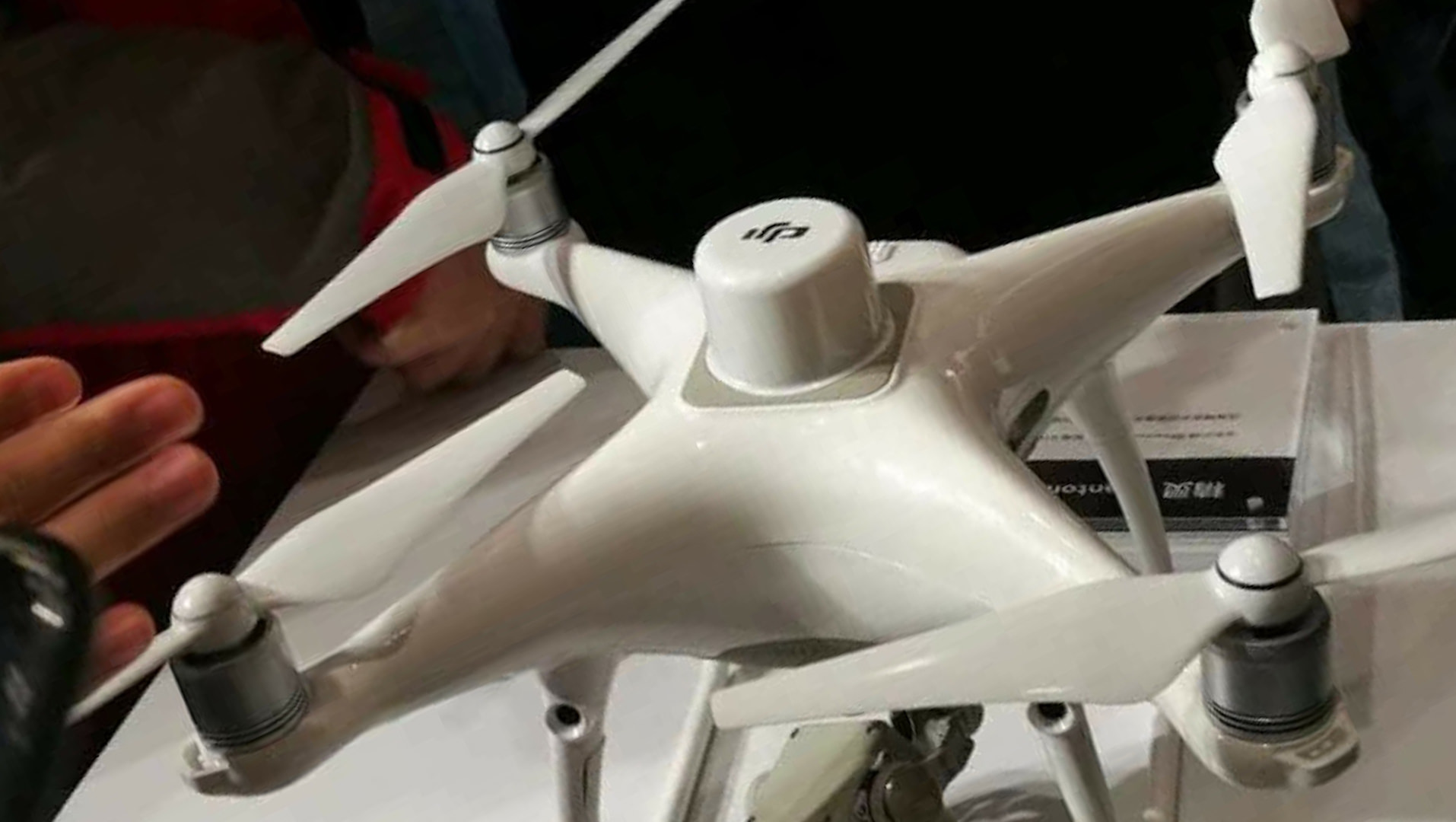 DroneDJ - Spinning news, information and reviews on the drone ecosystem

BUT, will the RTK be for flying accuracy like their other “RTK” kits? Or will it actually be used for geotagging?

Of course, they can’t leak info until the release date HAHA

If true, I think that it would be a good addition to the lineup so long as it doesn’t cost $10k that is. And I’m pretty sure AirGon won’t be thrilled.

Update, I asked the rep just now and presented the link and he said that he has heard of it but thinks it will only be available in China. And he had no idea when.

Great job Simon.
Which GPS antenna do yo use ?

The ant provided as standard with the Reach RTK the Tallysman TW421 with a 9.5cm diameter groundplane.
The RTK Phantom4 was such an obvious next step that is why I have invested time and some resources in making my solution work, but not gone down the mass production route as DJI have the integration advantage. Still without post processing and without some form of prediction onboard you still have the 5hz - 2m error at 10m/s problem. Easy enough to solve but also probably why the rtk gets used for position and possibly not for precision geotagging. If they allow the storage of the raw data onboard…