PPK vs RTK (Lora and Emlid Caster) with RS2

I finally got my second RS2 one month ago. Today I could run some tests to check RTK modes (lora and Emlid) compared to PPK. PPK. For this I set up the base and recorded 3 points doing the following: I went to first point , turned on the rover, recorded for 2 minutes, turned off the rover. Then I repeated all the same for second and third point.
I post-processed on the field to get the coordinates for the 3 points.

RTK. I set up the base and rover for RTK with lora. I recorded for 5 seconds on every point having FIX with Reachview3

The differences between 2min PPK and 5 seconds RTK points are:

This is the entire Post-Processed log from rover. The Float points are because the receiver was inside the car:: 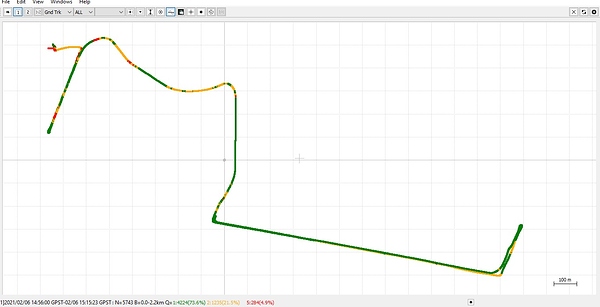 For this I set up base and rover for RTK with Emlid Caster. I went to a point 3.6km from base and recorded a 5 second point with Reachview3 having FIX, but I stayed 2 minutes on that point to be able to have a 2 min PPK point.
I did the same for a point 8.1km from base. I didn’t go further because I was leaving urban area and maybe I would loose internet connection.

The differences between 2min PPK and 5 second RTK points are: 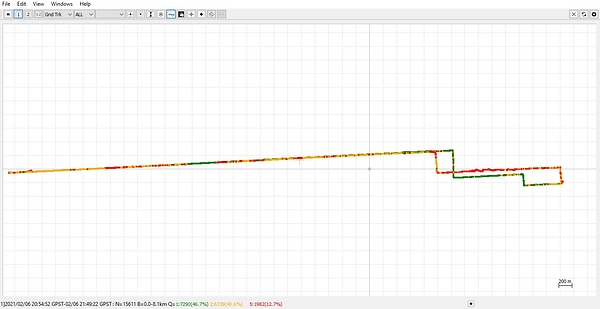 Now I have confidence in my 2 RS2 receivers. I think my workflow will be:

Yes @agrimgalina, I know PPK is more precise, so I wanted to check how close the RTK values ​​were compared to PPK.

Before I got the second RS2, the only way to use RTK with an RS2 was with Ntrip using a 53km CORS (the closest I have) and I had some problems and false fixes then (1m variation in Z in one case with the RS2 being stationary).

I thought that maybe using two equal RS2 receivers and at a shorter distance the results would improve and for now I am happy with my results using 2 RS2!

As a land surveyor, on many large project sites, I use both my M2’s as static receivers locally on site when I use my Javad Victor LS RTN rover. Although most of the time I have cell coverage, there are times I don’t. When there’s no cell coverage, I can then perform static observations on my located points (mostly property corners). In this scenario, I’ve got two local bases and my static rover as a closed polygon (triangle).

Great way to get a good night’s rest

I only use RTK for stakeout

Thank you for sharing the results of your experiment with the community!

Now I have confidence in my 2 RS2 receivers.

Glad to hear such words! It’s quite important for us to make your everyday work easier.

Hi @willknot37, I bought it from a local seller.

I don’t know where they sell it globally. You can try searching for “pole tripod” and the model is SDI025