Only broadcats wifi when powered by usb

updated both base and rover to latest app version and image. neither will broadcast wifi unless powered via usb. I need to be able to power via the df13 pins so 3dr radios can be connected via usb and the uart can interface with a micro controller.

finally got it to boot correctly and broadcast wifi when powered via df13 pins but the second I plug in the OTG cord it reboots boots and wont go into wifi.

after a bunch of trial and error here is more info…

OTG seems to be the issue. How is it possible to have OTG for an input and df13 for output and use rechview app via wifi???

The symptoms that you are describing are typical to power supply issues. How are powering Reach, what is the power source? 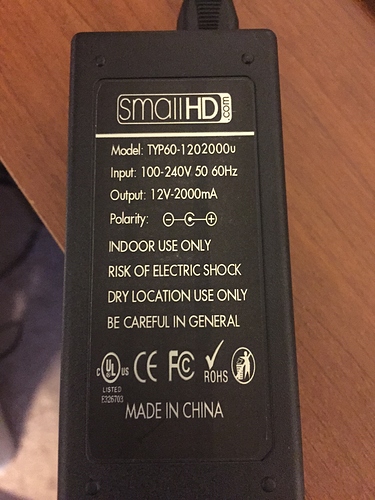 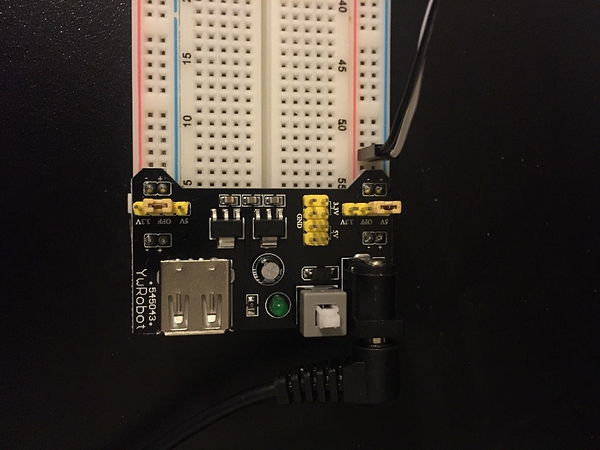 What would suggest for a power supply? In the meantime I have another dc-dc converter I can pull out of an airframe that has capably powered a full pixhawk setup.

This power supply has an LDO which very likely overheats or enters current limiting. At 400mA 5V output it will be dissipating 2.8W of heat! Your issues clearly look like a problem with power supply. A dc-dc is much more efficient, so it should be able to provide that power without any issue.

This power supply is from a HDmonitor. Reach pulls more current than a monitor?

I’ll be a monkey’s unkle…never would have thought that power supply would be insufficent. Working like a charm now! 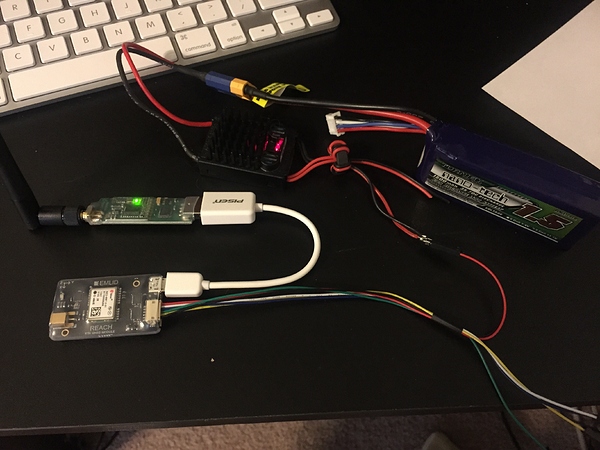 This power supply is from a HDmonitor. Reach pulls more current than a monitor?

The problem is not with the monitor power supply. It is 12V 2000mA, which is more than enough, problem is with the breadboard ps, which is a linear reg. It means that it lowers the voltage by dissipating the excess as heat. So if you supply 12V to it and output is 5V, it drops 7V. Multiply that by current, which could be up to 500mA per USB standard and you get 3.5W of heat to dissipate on a tiny IC. Poor design of this breadboard power supply is the reason why you had issues with boot.