New To Everything, Looking For Knowledge

If you have plenty of good providers then you basically have two rovers, but your still prepared for an off day. Here’s the thing though. Just because an NTRIP corrected point will be more globally absolutely accurate doesn’t mean it is going to match development site coordinates.

So, as a relatively recent member of the masses, I can absolutely confirm this. But do you guys realize that the vast majority of everyone have no clue how mind bogglingly complex the work you all do actually is, or the depth of knowledge and expertise needed to make this a career? I won’t lie, I didn’t have a clue. All I ever saw was dudes standing with hard hats and orange vests holding a pole looking glassy eyed, and sometimes he had a friend who was doing exactly the same thing only he got to look through a little telescope he had on his pole! Now I realize that these guys weren’t severely bored or just on the Devil’s Lettuce. They were pontificating a category of thoughts I may never successfully fully understand. Unless it’s a understood Surveying Industry cultural strategy to perpetuate these misconceptions, you guys are long overdue for a good ole fashioned community outreach and technology demonstration program!

Or, these guys were not bored, pontificating, or wondering why they never get to show members of the community how the sausage is made. They actually could have been as simple as they didn’t care what I thought, or didn’t even see me because if you’re not surveying, you’re probably not even worth his time… All feasible.

So from the perspective of a Surveyor (not PLS) we start to gleam how many technical stars must line up and what it takes to correct it when they don’t. We have been handed a ridiculously over-complicated system in which there are hundreds of Cartesian coordinate regions projected from a Geodetic system that is mathematical theory which in my opinion causes just about all the complications that people are asking questions about over the last 5 years we have been mapping with drones.

I have been in the Surveying and Construction industries for almost 25 years and while some things have made our lives much easier the rest of the ecosystem has done their own thing and we continue to get further and further apart. What we need is to focus on the convergence of Geodesy, GIS, Surveying, Engineering, Construction and Drones. Surveying obviously being the beginning and drones being the hub that supplies that mass amount of information from which everyone else works. This includes the Surveyors after the initial control has been established. Everyone worries about the accuracy of the drones and I can assure you that on a mass basis drones are much more accurate than ground collection. Surveying is for control and layout and drones are for project management, logistics and controlling grade. Surveyors don’t need to waste their time on this huge time consuming projects and are now able to focus on what only they can do.

The way people survey on this forum versus what we do it in construction is very different and I still have a hard time understanding how the content here is really relative and relevant to the world besides horizontal datum. It may be different in other parts of the world, but I have NEVER seen a GNSS piece of equipment anywhere near a registered vertical benchmark and that blows my mind. I think if done the right way that they are capable of it, but that is a prime example of the separation. I’m not even going to talk about metric vs ift vs usft. That’s just ******* stupid. I really hope the NGS update in 2022 helps some of this, but I’m not holding my breath because it will probably filter through the entire system barely by the time I am ready to retire.

All that said more relevant to your comment is that if your are interested in the surveying aspect just dive in. Most of us are more than happy to help because we love what we do and like sharing it with others. It is technical and sometimes convoluted so people hit a wall quickly in which they just let the Surveyors handle it, but the Rod and Gun men are not the people to talk to.

Interesting. Do you also have separate horizontal and vertical monuments? we do.

Yes, we actually have two. The LCRA and TXDOT. Sometimes they are vertical datum as well, but the LCRA tends to be cotton gin spindles in poles or trees and marking on headwalls of drainage structures. I don’t know what the heck some of the Surveyors and Engineers in our area are thinking when they provide us benchmarks. I just had a 50ac project start up about a month ago and there was 1 benchmark on the plans and it was a ******* capped iron rod in the middle of a clay field. Lucky for us on the horizontal side of things that our work is surface coordinate site based so we work off of whatever is there and “approved” by the Surveyor and Engineer of Record. If there are not enough points we have to RFI for additional control. Ridiculous. This is why we localize the control, set GCP’s and fly the drone on every project before we start.

but the LCRA tends to be cotton gin spindles in poles or trees and marking on headwalls of drainage structures. I don’t know what the heck some of the Surveyors and Engineers in our area are thinking when they provide us benchmarks.

I’m going to copy and paste that entire post onto the homepage of my website. I knew it was going to be awesome when I saw a post add long as mine, but you talk about the surveyor stuff the way I rant about the drone industry. My biggest issue is still with those “legacy” drone industry community kids. They were the early adopters back in the days of zip tying GoPros for cameras, mostly home built, considered by the FAA as part of the traditional RC aircraft crowd, started using the existing RC flyer fields around the country, they mostly refused to adopt the well established safety practices or cultural customs and norms, and somewhere along the line somehow developed a set of delusional entitlements and rights regarding their quadcopters, and are all mostly still bemoaning the human-rights violating and authoritarian-like abuse they’ve endured at hands of the FAA, which of course they believe are guilty of violating their rights as an American by regulating the drone industry. It actually caught me by total surprise when I was first exposed to what I thought was a joke at first.

Despite my efforts, they were not going to listen, believe, or accept that there are far more benefits than drawbacks to the FAA regulation, and really didn’t agree with my thoughts on the FAA adopting the UK’s drone pilot standards, requirements, and policies for those applying for pilot certification.

Anyway, cool, I’m not certain where all that was going, but I’m not sad and angry anymore, don’t feel like drinking Jameson, and might actually take a shower… Sounds like therapy to me!

Despite my efforts, they were not going to listen, believe, or accept that there are far more benefits than drawbacks to the FAA regulation

That is no doubt. I have enough to think about when on a mission. I am actually looking forward to remote ID in hopes that we have a better communication with them and can get rid of some of the silly act of trying to monitor restricted airspace that is different from map to map. FAA needs a much better online mapping system (app) that interfaces directly with the drones. This is part of the reason I have a drone that has no geozone restrictions. If I get my authorization from Airmap and I’m done. No going into DJI’s piece of junk website to manually unlock the controller. Speaking of that I don’t know if any of you experience new zones popping up that have different restrictions then what was there previously, but I just had this happen about a month ago.

Per Airmap the site is in a straight 300ft cell. Which the DJI site showed as well. 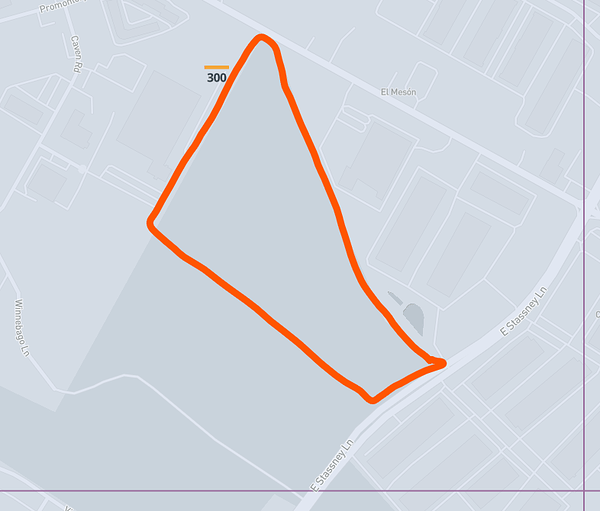 Then about a month ago that added the crossbar on the runways and the strange gray approach zones. The weird one is the blue 3.5m zone. 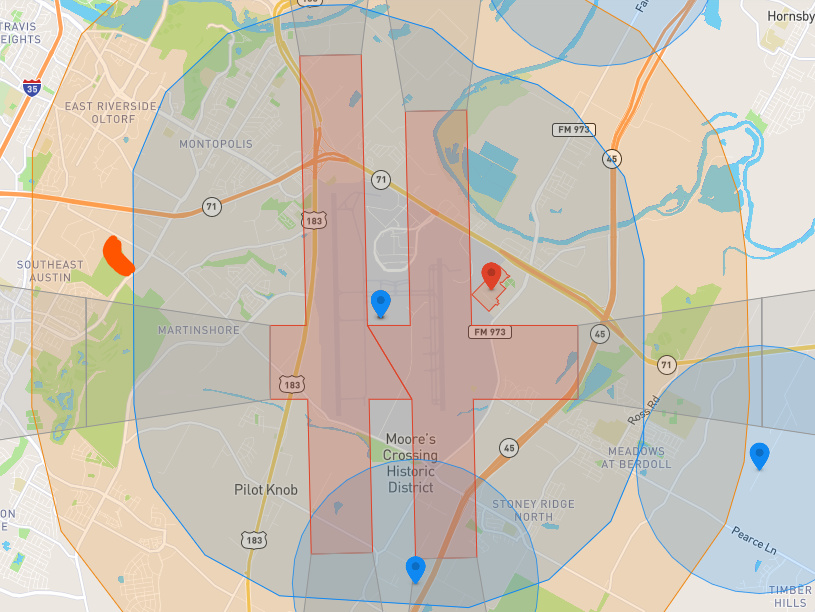 …and guess where it falls. Literally like 50ft onto the corner of my flight plan. It took me an hour to figure out why the drone kept stopping. Even though I had unlocked it would not allow me to go into that zone… UNLESS I took off from that zone. Weird. 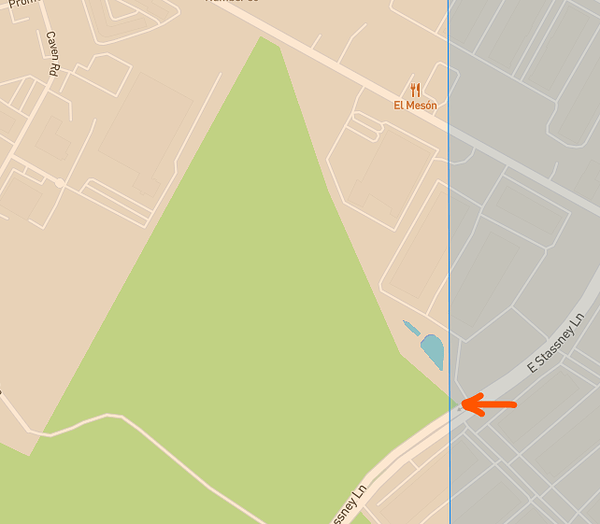 My biggest issue is still with those “legacy” drone industry community kids.

That really blows because we are all paying for it. Not necessarily with the FAA, but public perception which is something we deal with every day. Luckily I have found that if you are polite, introduce yourself and market that people are more interested than worried. I even went as far the stick a disclaimer on the back of my business cards and would put it in the doors of the block of houses adjacent to our jobsite. I only got 3 calls and they all were interested and just wanted to observe. I have had zero complaints in 5 years of mapping.

I even went as far the stick a disclaimer on the back of my business cards and would put it in the doors of the block of houses adjacent to our jobsite.

Wondered about that. I am mostly in rural sites far from city blocks and whatnot`s. But is this within the “books of FAA” rules? No alert ahead that there is a drone coming near you in a week or two?

If it were going to be a one-off flight I probably wouldn’t worry about it, but most subdivisions get flown 15 to 20 times so they are sure to recognize the presence of a drone. More of a courtesy than anything. As long as I’m abiding by 107.39 there’s really nothing else keeping me from flying over a subdivision. I very rarely actually fly over the houses and try to keep my closest flight line right on the property line or just inside the project.