We allready have 3 RS+, i plan to pair the one RS+ with RS2, why i need the RS2 as rover because some time rover need to go in bad signal receiption spots Wich is RS2 can handle

Anyways, my wife’s gonna kill me when I preorder! Maybe someone will get lucky when she posts it for sale bahahahahaha

It will only handle worse reception spots, if it is corrected with a multiband base as well. Otherwise you will just process as L1.
Same goes with the different constellations. If you rover receives Galileo, but your base doesn’t (or vice versa), then Galileo is not used for correction.

Your designers deserve some serious awards (and yes compensation!). And not just the products themselves, but the app, web interface, website, docs, etc etc. Just wonderful branding as a whole! Consistent, professional and clean.

But did i mention the great product design?! ; )
That RS2 is BEAUTIFUL!!!

We are running a special! Pre-order Reach RS2 until the end of March and save 150$.

Thank you all for your kind words, it really means a lot to all our team

Will the RS2 antenna phase offset be available, and will you work on getting it into the IGS dataset?
One of the issues we had when sharing ReachRS Rinex data with surveyors was that the antenna phase center correction is not available, and there is no entry in the common antenna databases (mostly IGS atx files)… this caused hiccups with many software packages.
Since the RS2 is definitely interesting for the traditional surveyors, who like keep using the software they are used to.

Hi @Johannes_Eberenz, we intend to get full calibration of Reach RS2 antenna and want to make it appear in the IGS database.

we intend to get full calibration of Reach RS2 antenna and want to make it appear in the IGS database. 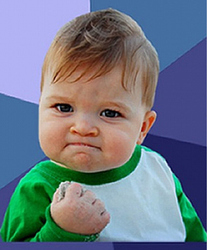 I’m really exited about this. But I hope Emlid can get there shit together if it comes to using Carlson Surve CE software on a field logger. I’m still constantly struggling using my reach Rs units. Surve CE always running slow on updating it’s position… So easy for the two companies blaming each other and the problem never gets resolved…
Anybody else out there that runs Emlid Base and rover through Surve CE successfully?
Would really appreciate info from your guys.
Regards
Nick
nick_ads@africamail.com

We can re-open the thread where we discuss the issue you experience:

Hello Nick, I installed the latest version of Carlson SurvCE trial version on my Topcon FC-500 data collector and connected to it via Bluetooth. I am in town at my office and I couldn’t spend a lot of time on it but I did get decent positioning data. One thing to remember is that most of the time I was working with a FLOAT position. I successfully saved several FIXED points but in line layout I was in float. I went into line layout mode and everything acted normally. There was no noticeable sl…

It seems last time you didn’t reply to the user who helped with tests and who confirmed SurvCE is working just fine on data collector.

I believe that your issue can be resolved by switching the update rate on your rover to 1 Hz in RTK settings. If it doesn’t help, please let us know. We are open to continuing conversation to make it work as expected.

The unit looks very good specification wise. However, can you clarify the ability to receive/use the GPS L5 signal? Printed on the receiver head is “L1/L2/L5 RTK GNSS Receiver”; however, I do not see L5 listed in the signals tracked?

Also, will I be able to use 4G/LTE with this receiver (Verizon, and likely AT&T, will eliminate the 3G support next year).

Hello Nick,
First off, i think Emlid needs to split this out of this wonderful thread. This post is obviously REALLY out of place.

That being said, when Nick’s post was initially started and when I had also just got started with the Emlid RS. It was very daunting at first to me also when using a 3rd party survey package. But I have over came that with all the GREAT help here from the users and the Emlid people.

I followed Nicks conversation at that time.

My initial feeling i got from that thread was “pure frustration” on Nick’s part. But also blame to Emlid which they didn’t deserve. Again, i totally understand that frustration especially while in the field and help just seeming hopeless.

Either way, after many hours of trying to figure this same problem out you had - the slow update rate of the rover on display - but in FieldGenius9/10 using a older Trimble Nomad 900G data collector, i eventually figured it out.

The solution was that the data collector did NOT support higher frequency rate than 1Hz. I had mine set in ReachView to 5Hz, 10Gz and 14Hz and it was excruciating slow, even though at those higher rates should have been the opposite experience.

So low and behold. Set to 1Hz and voila! It worked smoothly after that!

I found older documentation on the Nomad 900G stating it only supported 1Hz, nothing more. So in order to take advantage of a even faster update rate above 1Hz, i had to use a newer data collector that supported it.

I know while it may be frustrating, it is very easy to throw blame. You may need to take a look at this and hopefully you find your solution.

Another user here, @agrimgalina has also used Carlson SurvCE. He at one point had our same slow movement problem in FieldGenius, so moved to SurvCE and said he had much faster stake out movement experience with SurvCE. Until i found out the 1Hz solution in FieldGenius, he went back to FieldGenius.

You may want to talk to him also with the settings.

You may also want to search for the specs on your data collector, and see if it is limited to 1Hz also? I have a funny feeling that may be the case. (In ReachView app under GNSS Select Update Rate set to = 1Hz) (I noticed in your other message freq settings you had 1Hz all the way across the board, which i believe is too much and may be causing your problem?)(you need to start with recommended lower frequency (and some OFF) message rates then go from there).

There are lots of settings variables etc that can really throw things off (not to mention other outer variables also!). It sounds like from your initial thread, you did at one point have everything working before. (So it did work) But something in your settings got changed by someone.

Hopefully you will get back to everything working again.

Edit: looks like your data collector supports up to 5Hz, even better than 1Hz.

I guess that would be a future version.

Printed on the receiver head is “L1/L2/L5 RTK GNSS Receiver”; however, I do not see L5 listed in the signals tracked?

If you look, it is there.

Does it mean that you can configure nmea e.g. output only GGA or VTG and skip rest of NMEA?

Does it mean that you can configure nmea e.g. output only GGA or VTG and skip rest of NMEA?

If/when that feature becomes available, it would come to all devices. It is a software thing.

Are there any plans when it becomes avalaible?

Thank you bide. I didnt realize the E5B was considered the same as L5 but this helpz.

My other question on the 3G or 3.5G modem in the RS2 and the deprecation of 2G and 3G in the USA by the major cellular providers concerns me. Am I missing something? What are the options for using a 4G LTE sim card in the unit?

Thank you bide. I didnt realize the E5B was considered the same as L5 but this helpz.

Well not quite the same. The E means Galileo, but each constellation is represented there with two frequency bands.