Studying the microclimate is an important direction nowadays. A lot of things, from flora to fauna inhabiting the area, are conditioned by the microclimate of a particular area. Our user from Sweden held a local research lead by the zoology department at Stockholm University.

The idea of Mark Ghaly’s research was to scan the area in the forest with a drone and LiDAR for further data analysis. The LiDAR data had to be extremely accurate. The LiDAR he used is able to achieve the sub-decimeter accuracy – and Mark needed the maximal accuracy possible. To achieve it, he needed a total station, which was too expensive. 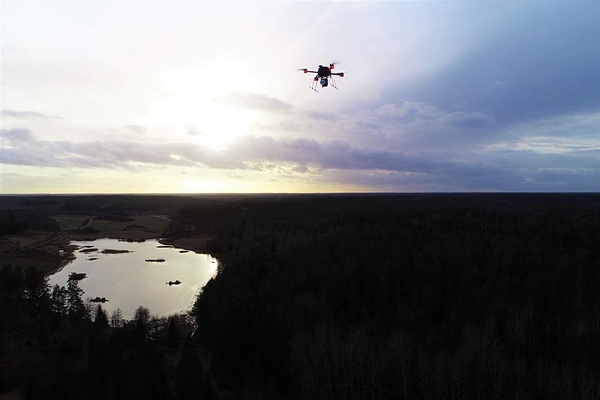 So Mark decided to use Reach RS2 to assess the accuracy of the LiDAR data that was produced by the Yellowscan surveyor. They chose to set the GCPs around the surveyed area to make sure the results are accurate. The final setup for the whole project looked like this:

SWEPOS support system provided the surveyors with the base corrections and VRS.

The sheet boards were placed all over the area, and the corners of each were then surveyed with Reach RS2. Mark chose Reach RS2 for this operation because being a multi-band receiver, it managed to get a table fix even near the trees.

“We needed the best accuracy possible and the RS2 delivered an RMS of 3 mm at all axis even at places where the RS+ wouldn’t get fix solution. Thanks to the RS2 we were able to save money since we didn’t need to rent a total station but still delivered the sub-centimeter resolution.” – Mark Ghaly

The Yellowscan Surveyor scanner is a good fit for under vegetation 3D modeling, which is an advantage when you’re scanning a forest. The scanner operated slightly higher than it is recommended, so Mark reduced the speed of the drone down to 4.5 m/s with double grid pattern. 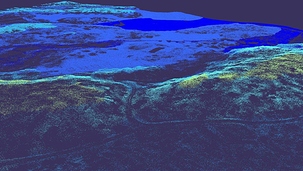 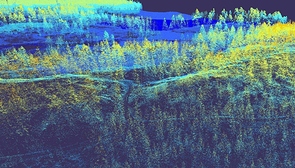 The scans of the surveyed forest area

This generated a point cloud with a point density of 187 points per m². To check whether it was accurate enough, Mark used the surveyed sheet boards. Once the drone flight was done, each corner’s position was extracted from the point cloud. The point clouds corner was then compared to the actual surveyed corner to extract the accuracy of the scanner.

Reach RS2 provides you with high accuracy even when there are obstacles around. As a multi-band receiver, Reach RS2 is an ultimate solution for placing GCPs, working as a base for drone mapping or RTK surveying with another unit. The receiver comes with a handy app ReachView available for iOS and Android. Order your Reach RS2 in the official Emlid Store.