Craft Time: Get Creative with Navio2

Some people like the out-of-box solutions that work immediately after the unpacking. But some people prefer to create and assemble things themselves. For the engineering fans, we have Navio2 which is an autopilot for Raspberry Pi, powered by ArduPilot. Navio2 is equipped with a GNSS receiver for tracking GPS, Galileo, GLONASS, Beidou, and other satellites. The onboard barometer senses altitude to within 10 cm resolution.

Navio2 is actively used by Emlid users in different projects, and it’s not just about setting the autopilot controller on a drone. Some projects are witty and incredibly clever – real engineer craft at its finest. Check out several users’ devices powered by Navio2.

Keeping the Balance: a Tricopter

Our pro-user Tore Berthelsen gathered an Emlid combo: he implemented both Navio2 and Reach M2 into his tricopter. The copter equipped with the camera is going to be used for small projects and surveys.

A custom-made gimbal in the front counteracts the lever issue. It also helps to calculate antenna offset when the tricopter is rolling or pitching. 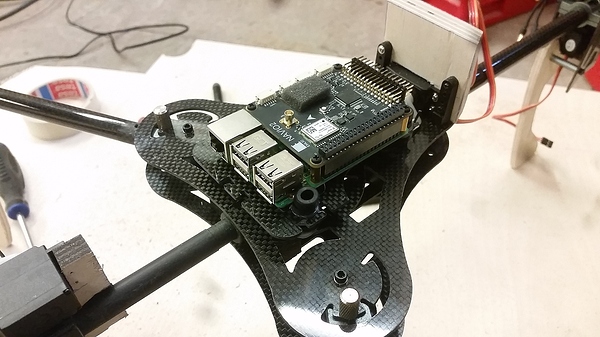 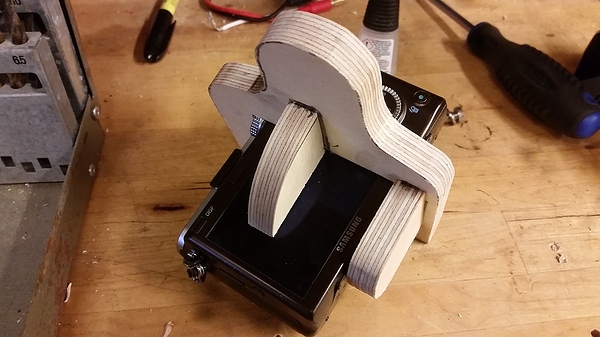 Tore says, the initial idea of a balanced tricopter came from the challenges some surveyors face. In cases where a digital terrain model or digital surface model are required, and setting GCPs is impossible, the onboard precision is the main priority.

The model is now ready for a test flight.

This lovely ROS 2.0 powered robot is a project of our user Johannes Jeising. It’s using a Raspberry Pi 3B with Navio2. The idea to make a self-balancing robot came to Johannes a long time ago, and now he has managed to find some time for the construction. 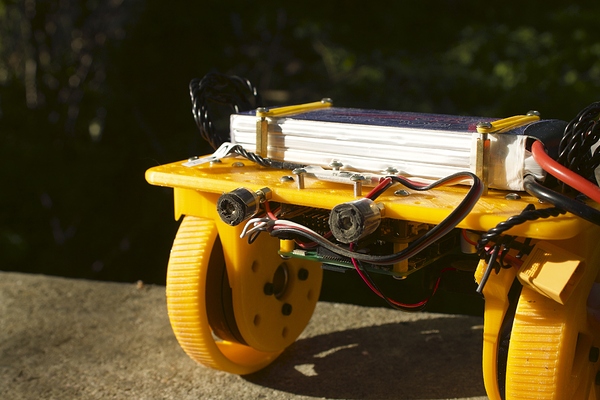 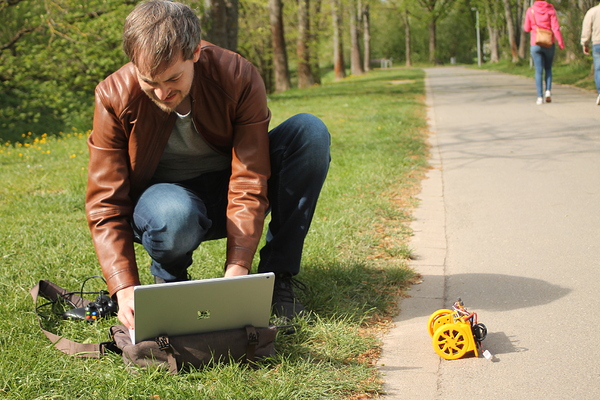 The robot has two PID controllers to keep its balance: one for velocity and another one for the angle. Johannes says it’s still work in progress, and he’s thinking of adding the camera with a gimbal to it and, perhaps, a LiDar.


Last but not least, the robot has a little fan to cool itself – a small detail, yet very important in long-term planning.

Not Just Another Drone: DIY Drone

Navio2, powered together with a Raspberry Pi single-board computer, can be a real cornerstone for many impressive projects. For those who are not interested in the easy way of getting a drone out of a box, Richard Elliot and ElectroMaker wrote a complete guide for Navio2 powered DIY drones.

With Navio2 you can build a completely autonomous drone. All you need is Navio2, a Raspberry Pi, the pre-configured Raspbian operating system, and ArduPilot. ROS helps you to program your robot and provides it with specific software.

Look Me in the Eye: Autonomous Car

With open-source libraries and affordable technical components, robot crafting as a hobby took a great leap forward. Our user Yannis created a small-scale autonomous car on a base of a Raspberry Pi and Navio2. 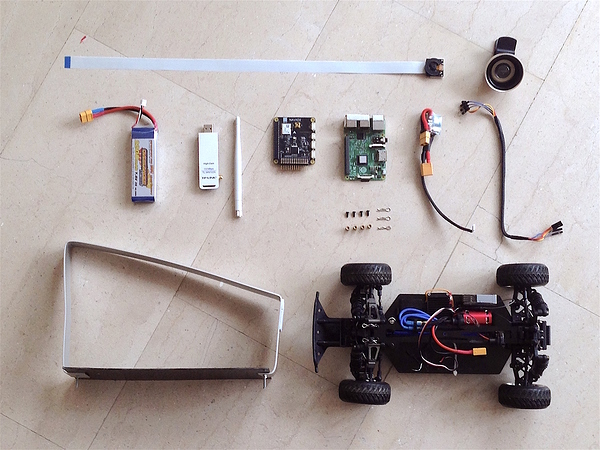 This little car can navigate autonomously on a track using monocular vision and a deep learning mechanism. Yannis chose a standard RC car chassis as a foundation for the vehicle. For navigation, he used a Donkey platform that runs on Convolutional Neural Networks (CNNs). CNNs accept a camera picture as input and output steering and throttle values.


As the test drive showed, the car is doing a good job. It keeps to a track on a dark pavement and, despite the limitations of the camera, it manages to distinguish the white lines.

Another Use for an Xbox Kinect: Metal Detecting Robot

Our user Bill Berzinskas once got approached by his friend who asked him to create a metal detecting robot. This turned out to be a great challenge for Bill and a fascinating project for the Emlid community. 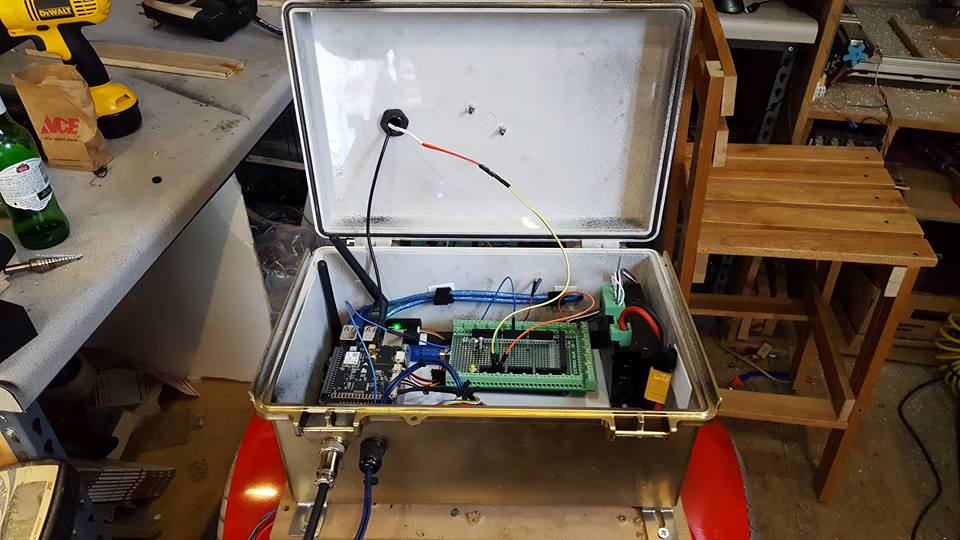 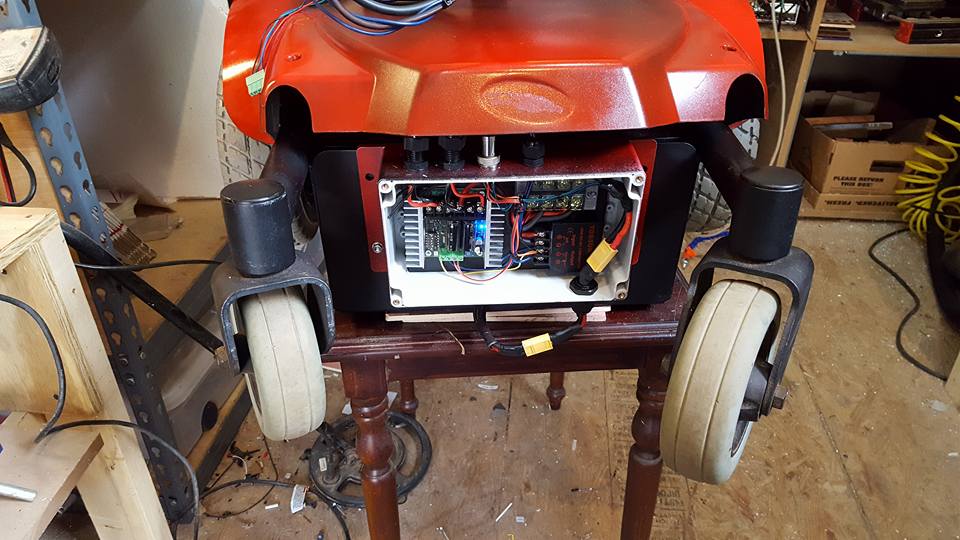 Raspberry Pi and Navio2 became the ultimate solution as a motion control part of the project for recording data and patrolling the field. The robotic part was based on a Raspberry Pi, while Navio2 was responsible for the precision of the future robot. ROS became the software base for the bot itself, and Bill used RViz as a visualization tool for ROS. 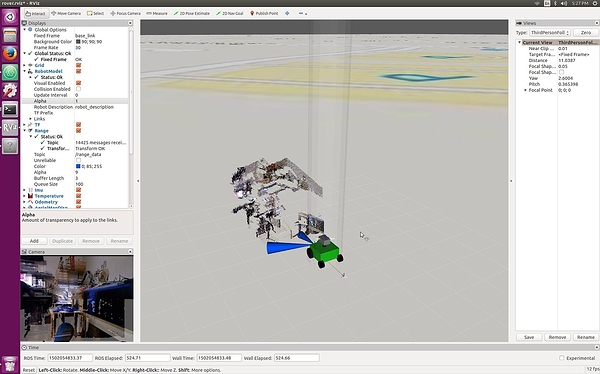 Bill also found out that ROS integrates well with an Xbox Kinect. With several updates, he managed to make his bot record depth maps around it. The robot stores data about its travels through the physical world.

For those who are interested in being a bit of an engineer, Navio2 opens a lot of opportunities for projects. Navio2 is equipped with a high-accuracy barometer, GNSS positioning systems, and is easily integrated with a Raspberry Pi. Learn more about Navio2 and order now for great engineering endeavors.

Awesome stuff! I hope to show you avalanche recovery systems with Navio2 running ROS in very near future