as you can see in the pic above, i can t input NetworkName and pwd while configuring no matter base or rover .

by the way we are in china , cant get your app .

how can i get the firmware

thank you will try

I would recommend this one: it stucked here, no matter what firmware version i update , and the light has turned into green , but the next button cant be hitted all the time .

i keep the usb canble plugged during whole update time , is that right ?

try replugging the USB when you are at that stage.

if i change another pc to do the update of firmware , it works .

but encounter another problem .

if update V1.2, will still at stucked the problem . (below)

i did as you ask , and encounter this , nothing happends no matter what i click .
any suggestions ? 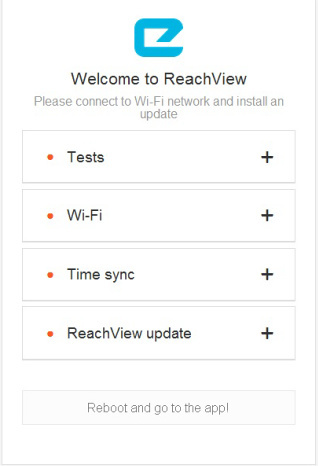 that is odd. this is what you should see: 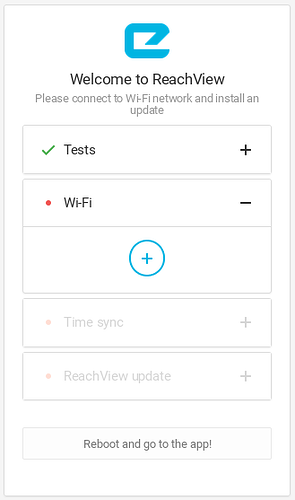 If you know your way around linux, then ssh in and kill the reachview process and then run it in your terminal and see if there are any errors. Otherwise all I could suggest is to try to flash the firmware once more.

Maybe someone else here has seen this problem.

p.s. it probably won’t help, but you could clear your browser cache and reload the page.

1 your suggestion is to try in linux right ?
2 whats the meaning by showing this old pic , did i update succesfully?

try to flash the firmware once in linux ?

2 whats the meaning by showing this old pic , did i update succesfully?

in your pic, something was not successful, because it has not passed the tests. (no green check mark beside Tests)

1 your suggestion is to try in linux right ?

try to flash the firmware once in linux ?

if problem persists after flash, then use ssh to access Reach and troubleshoot the problem from inside.

sorry , whats the meaning of ssh ?

and below is your official docs. shall i do this ? cause i only do the previous part , that is download the Intel Edison Board Configuration Tool , download the firmware v2.3 beat , install the usb driver, flash firmware. dont do the following apart(below)

cd into the image directory
Run flashall.bat
Plug Reach in
Monitor progress in the terminal window
Proceed to “After flashing”

The docs are giving instructions for different OS. You are having trouble with flashing in Windows, so I suggest you flash in Linux. And yes, use the instructions as you posted above except:

That is not required for Linux.

sorry , whats the meaning of ssh ?

ssh is a command used in Linux to connect to another computer’s console over the network. Let us forget about ssh if you have never used it before. This is not the forum for learning about Linux.

i mean should i do the “dont do the following apart” ? i wonder if the probelm occur cause i dont do that part .

OK, I think we had a communication problem. You don’t seem to have a computer with the Linux operating system installed, and you don’t seem to be familiar with Linux, so it is not helpful to continue discussing it.

You do have a computer with the Windows operating system, so I recommend to reflash once more as per the Windows instructions in the docs. I do not use Windows myself, so I am not able to help any further. I hope someone else will have a suggestion for you.